Is This Woman Playing Ping-Pong with Her Face as a Paddle?

"I don't want to face such an opponent!" 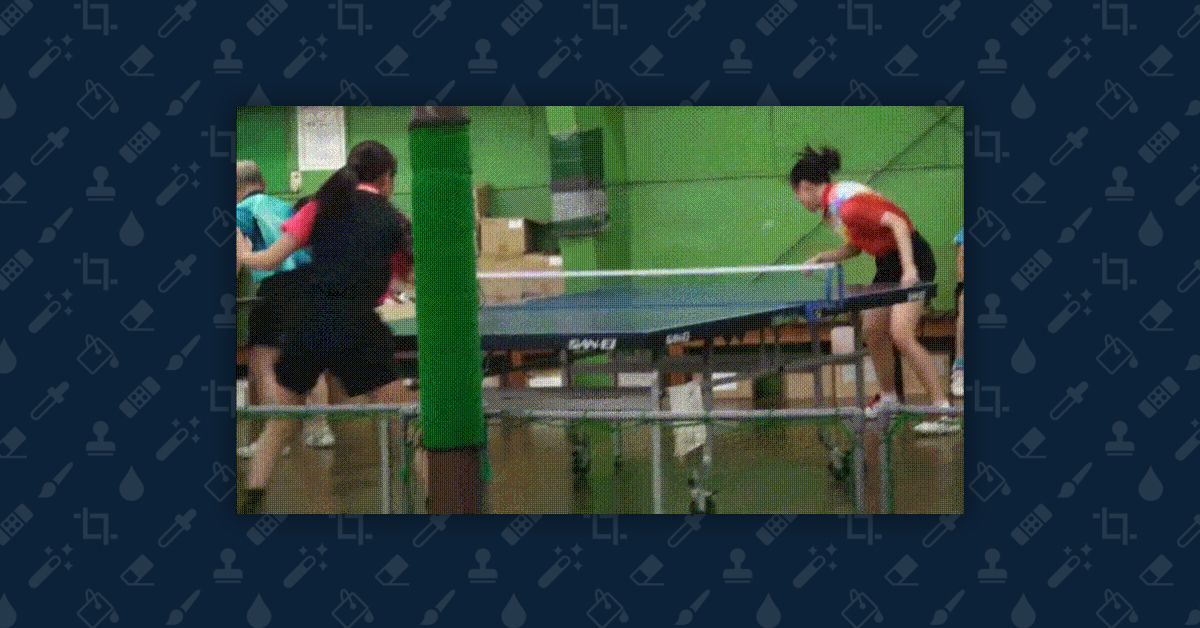 Claim:
A video shows a woman using her face as a paddle during a game of table tennis.
Rating:

As it turns out, taking balls to the face is no testament to the quality of your skin.

An animated gif purportedly showing a woman using her face as a paddle during a game of ping pong went viral on social media after it was posted to the web site Reddit on 29 October 2017:

This gif only shows a portion of the original video which was published by the Tofu Moritadaya company's YouTube page in November 2015. In addition to a few extra scenes of people playing table tennis, the gif is noticeably missing the closing frames of the original video which featured an advertisement for a skin care product. Here are two still shots from the original commercial showing the product, a Tofu Moritaya Soy Milk Yogurt Facial Mask, and the tagline "究極のハリ" or "ultimate firm skin":

The Tofu Moritadaya company has been coy about the authenticity of this commercial—but skin care brands everywhere tend to over-promise and under-deliver. When the ad was posted to Facebook in 2015, it was accompanied by the caption (roughly translated via Google) "What do you associate with listening to beautiful skin? The ultimate Hari creates an impact movie. # Facial table tennis girl." It was accompanied by a similarly playful caption (I don't want to face such an opponent) when it was shared on Twitter, and when the "person in charge" of Tofu Moritaya spoke to the Japanese publication "With News," they said that they would "leave it to your imagination":

"I will leave it to your imagination. It's content that you can enjoy both those who know table tennis and those who do not have it. I hope you will be introduced to your family and friends. I am also interested in hopefully it would be greatly appreciated if you could have the item in hand."

Although Tofu Moritadaya won't say whether or not the footage of a woman using her head as a ping pong paddle is authentic, we can safely say that this video was digitally manipulated for a number of reasons. For instance, the only footage that we could find of this woman using her remarkable talent (and ultimate firm skin) as a ping pong paddle is from this commercial. And even though this video appears authentic when played at full speed (largely in part to a shaky, blurry camera), the ball movement looks less natural when the video is slowed down:

The original advertisement can be glimpsed below: