Woman Causes Pileup After Seeing Jesus in Her Candy Bar

Dozens of web sites reproduced a fabricated story about a ten-car pileup caused by a woman who saw Jesus in a KitKat. 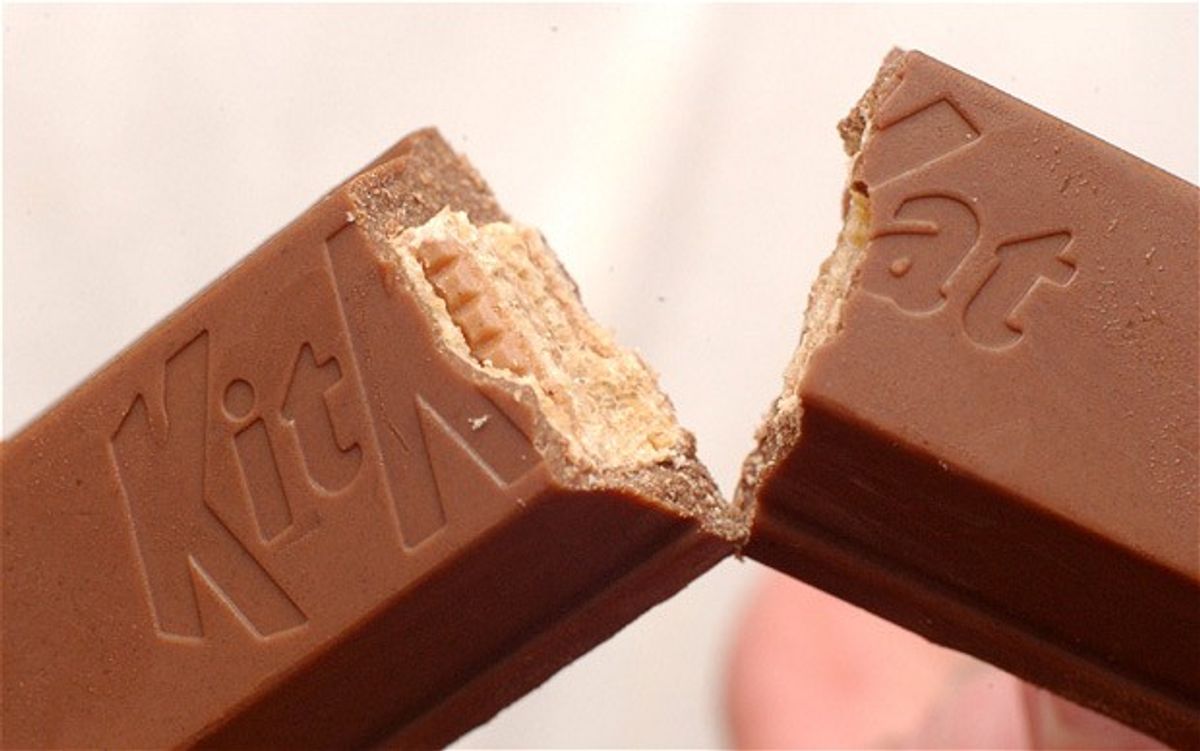 Claim:
A woman caused a ten-car pileup after she believed she saw Jesus' image in her Kit Kat bar.
Rating:

On 19 April 2016, the web site Now8News published an article reporting that a California woman caused a ten-car pileup after finding Jesus in a candy bar she was eating:

A Barstow, California woman is claiming that an accident she caused on the highway was related to an image she saw of Jesus in her Kit Kat candy bar. Marlo Thomas, 33, says she was traveling south on the I-15 when she suddenly began craving sweets. “It was like a feeling out of nowhere, I felt like I needed some sugar,” said Thomas. “I unwrapped the package, took a bite, and couldn’t believe what I saw. It was Jesus! I mean, right there, Jesus in my candy bar! It was like he was telling me I am chosen. So I closed my eyes and started praying, thanking Jesus for His revelation.”

According to Thomas, it was during her “prayer time” that she slammed into the car in front of her at a speed of 75 mph. That car proceeded to hit several other cars in front of it that were at a traffic standstill due to an accident 2 miles ahead. “Miraculously,” Thomas only suffered minor cuts and bruises and walked away from the accident practically unscathed. “Jesus saved me,” said Thomas. “It was because I was praying that I was not hurt. Too bad for the guy in front of me. If he had been praying too, things probably wouldn’t have been so bad for him. But obviously he was not praying. He should use his time more wisely” The claim was widely reproduced across dozens of unreliable "viral news sites" after it was published, occasionally with changed details (such as the location moving to Santa Fe). However, the image of a multi-car crash was from 2008, and was in no way related to a story about a woman seeing Jesus in a KitKat. Neither Now8News nor any subsequent reproductions carried a disclaimer warning readers their content was completely fabricated.

Previous Now8News hoaxes include claims that a man sexually assaulted a pig in a Walmart bathroom, aborted fetuses were among the ingredients of McDonald's Chicken McNuggets, Walmart bananas contained deadly parasitic worms, a woman was caught during in a sex act with a sausage in a Walmart, a different woman was arrested for sampling tampons in an aisle at a Walmart, a man fed his unfaithful fiancee's remains to her unsuspecting parents, a man was found cannibalizing a teen inside a haunted house attraction, a lottery winner died after gold plating his testicles, a tube of cookie dough exploded inside a female Walmart shoplifter, a riot ensued following a gastrointestinal incident related to "vodka butt shots," and police uncovered a Satanic dungeon at a Chuck E. Cheese location.