Woman Hanging by Her Hair in Train Car Is an Acrobat

It's the only way to travel when you don't want to touch the seats ... or handles ... or the ground. 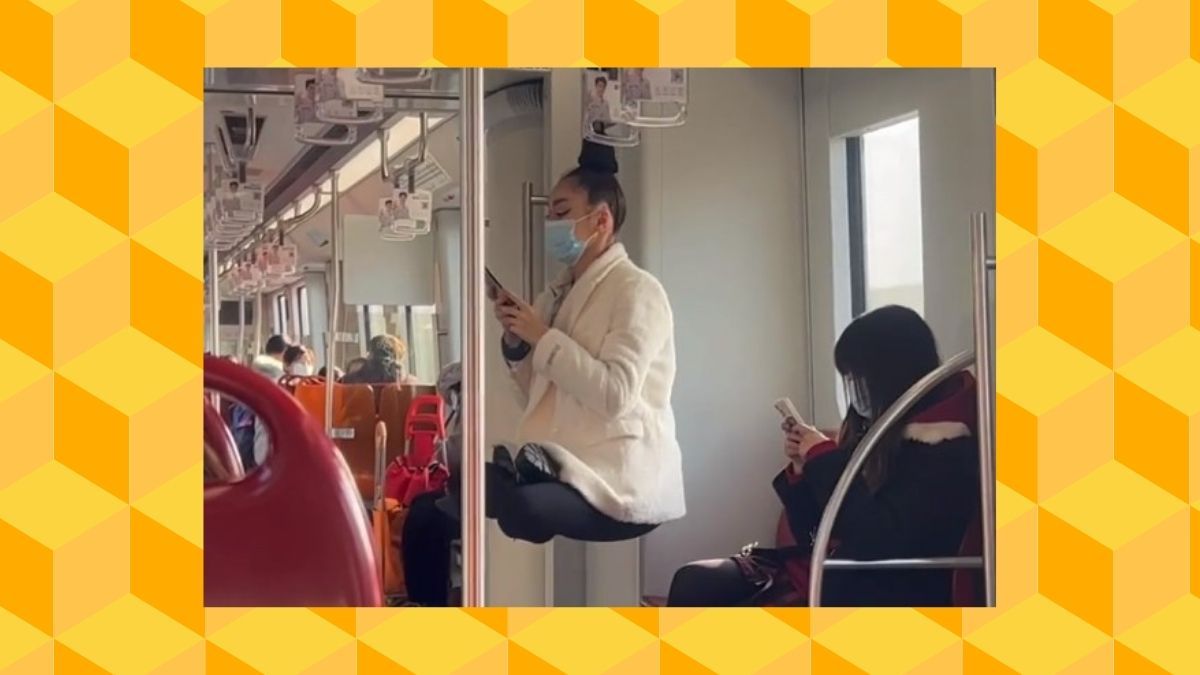 Claim:
A video shows a woman hanging by her hair in a train car.
Rating:

In January 2022, a video was widely circulated on social media that supposedly showed a woman hanging by her hair on a train car:

As this video went viral, some wondered if this footage was some sort of prank, if it featured CGI, or if this woman was actually hanging from some sort of hidden brace that was hidden beneath her jacket.

Matveyeva has posted several other videos showcasing her unique hair hanging talents on the Chinese social media platform Douyin. In one video, Matveyeva hangs from her hair in various locations around the world.

According to the Shanghai Daily, Matveyeva performs with the Shanghai Acrobatic Troupe and has been working on this hair suspension technique for at least a year.

Matveyeva isn't the only person who can dangle by her own hair. A few Cirque du Soleil acrobats perform similar stunts. Here's a video of Danila Bim performing her hair suspension act at "Volta," a touring show from Cirque du Soleil:

In 2015, the BBC profiled another hair suspension artist, Joanna Sawicka (stage name Anastasia IV) who was recognized by Guinness World Records for carrying the most weight with her hair while hanging upside down: 117 pounds. The BBC wrote:

Her technique, she admits, is the result of "trial and error". The first few times she tried it, she said the experience was so painful she cried.

"It feels", she says, "just like you might imagine hanging from your hair would feel - a very immediate pulling sensation at the top of the head."

The pain, she is keen to assure people, does lessen into a dull sensation but it never disappears completely [...]

When on tour both hair colourants and hair dryers are banned and visits to the hairdresser are filled with trepidation in case they cut too much off or damage her hair in any way. Anastasia, who lives in London with her husband (and professional sword swallower) Hannibal Hellmurto, conditions her hair at least five times a day when on the road.

Zendra Tabasco is another acrobat known for her hair hanging act. Here's a video of Tabasco talking about this surprising stunt:

In short, the video of a woman hanging by her hair on a train car is indeed real. The video shows an acrobat practicing hair suspension.

“What It Takes to Be a Professional Hair-Hanger in the Circus.” ABC News, https://abcnews.go.com/US/takes-professional-hair-hanger-circus/story?id=23593385. Accessed 25 Jan. 2022.