Was a Woman Caught Smuggling Nearly 1,000 Cacti and Succulents Strapped to Her Body?

The booty was reportedly worth an estimated $10,000 in local currency. 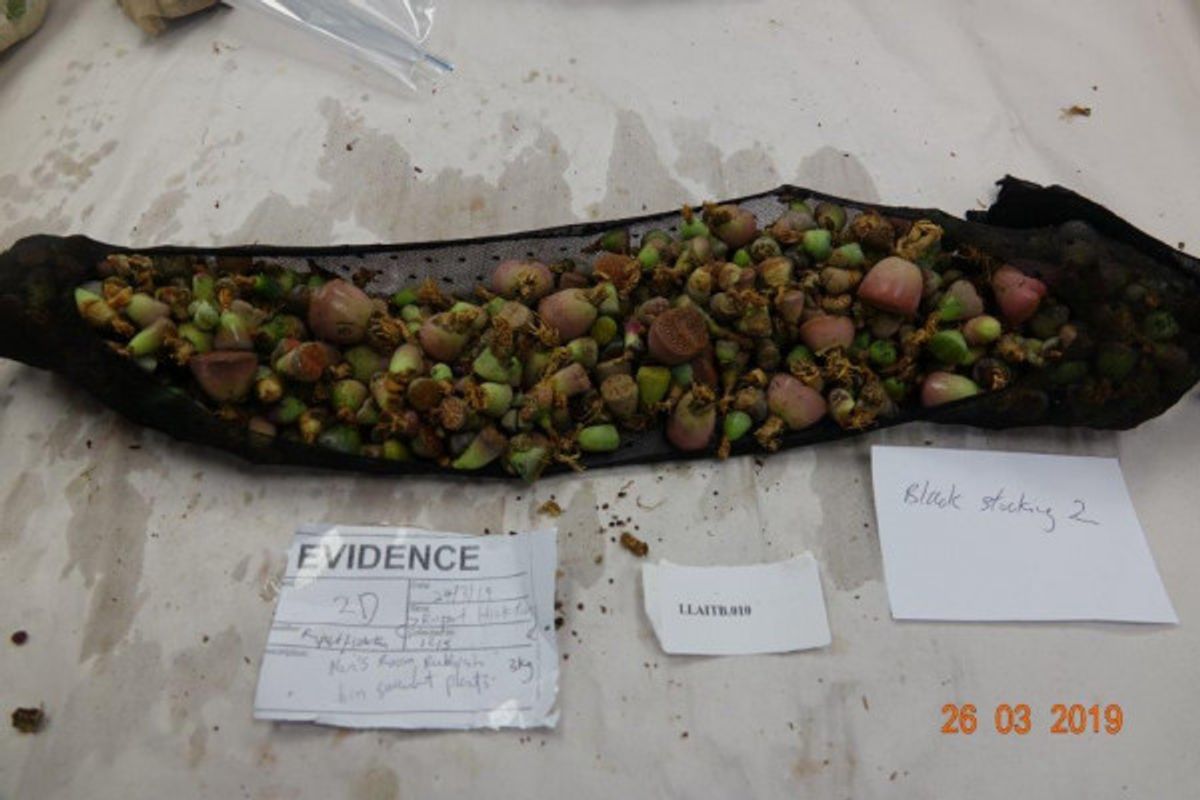 Claim:
A New Zealand woman was sentenced to a year of “intensive supervision” after attempting to smuggle 947 succulents and cacti strapped to her body in 2019.
Rating:

On March 24, 2019, a New Zealand woman was detained after she strapped stockings containing 1,000 succulents and cacti to her body in an attempt to smuggle the items of “high commercial value” from China. The cacti included endangered and threatened species with a price tag of more than $10,000 in local currency.

According to a Feb. 3, 2021, news release shared by the New Zealand Ministry for Primary Industries (MPI), 38-year-old Wenqing (Wendy) Li pleaded guilty to charges related to two separate but related incidents at the Auckland International Airport and was sentenced to intensive supervision for 12 months, as well as 100 hours of community service.

“This sentencing serves as a good reminder that anyone who smuggles plants or other endangered species into New Zealand can expect to be prosecuted,” said MPI regional team manager Simon Anderson. "It's important to remember that bringing unauthorized plants into the country by any method, whether smuggling through the border in person or receiving products by mail, puts New Zealand's biosecurity at risk." On March 24, 2019, authorities reported that a detector dog had picked up on Li’s scent, at which point she attempted to hide the items in airport toilets. Upon further investigation, MPI officers conducted a full search of the toilet area and recovered a “large amount of plant material,” including three stockings that were filled with succulents and a cactus that was found in a garbage can inside of the men’s toilet. A photo of the plants hidden within one of the stockings. MPI

And again on July 23, Li was found in possession of 142 unauthorized seeds that were hidden in commercially packaged iPad covers in her luggage, as well as 200 plant pots and garden ornaments. Snail and pieces of tree fern stem were also found in the plant pots.

"Biosecurity New Zealand takes its role of protecting New Zealand from biosecurity threats very seriously. Our country is fortunate to be free of many of the invasive pests and diseases found in other countries,” said Anderson.

According to MPI, Li was a seller and trader of succulents and cacti on the New Zealand internet auction website TradeMe. Her initial sentencing started at 15 months of imprisonment but was downgraded on Feb. 2, 2021, in the Manukau District Court.