Does Pic Show Woman Cutting Birthday Cake in Iran in 1973?

A popular tweet from June 2022 captioned the picture with, "Woman cutting her birthday cake in Iran 1973, 5 years before the Islamic Revolution." 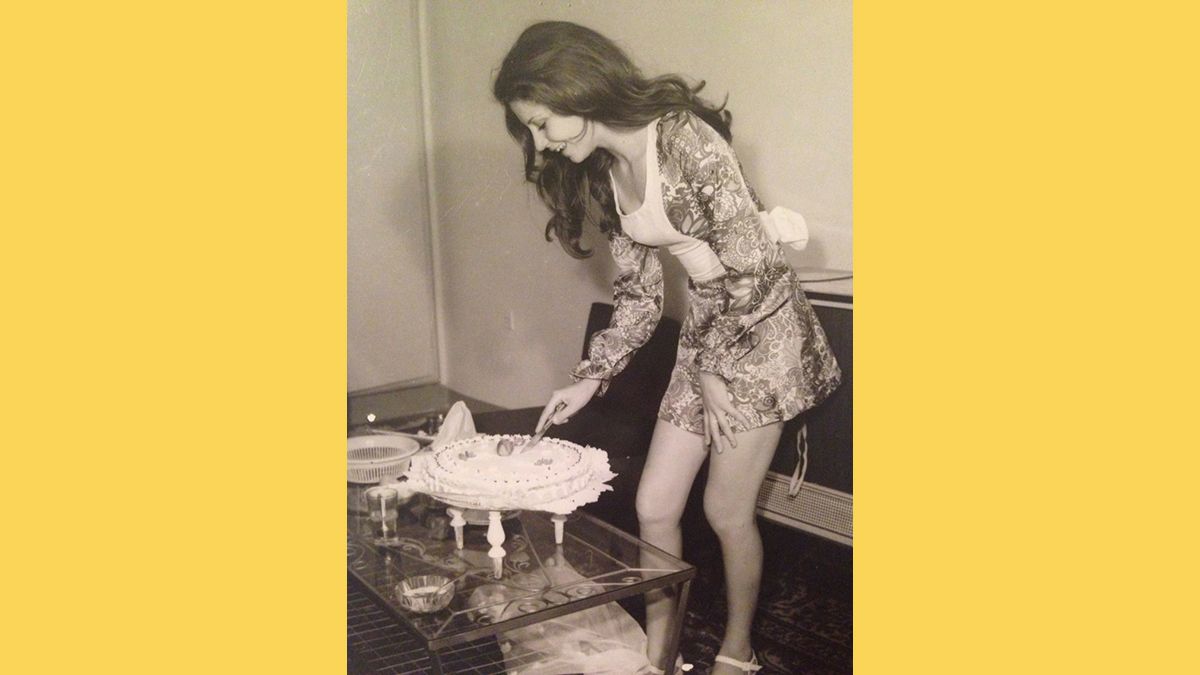 This picture showed a photo of a woman cutting her birthday cake in Iran 1973 5 years before the Islamic Revolution, according to Reddit and Twitter. (Image Via justjared18/Pinterest)

Claim:
A picture shows a woman cutting her own birthday cake in Tehran, Iran, in 1973.
Rating:

The photograph was shot in Tehran in 1971, not 1973. Sima, the woman in the picture, had recently been hired as a flight attendant for Iran Air and was cutting the cake for a colleague's birthday party.

On June 14, 2022, Twitter user @lostinhist0ry tweeted a picture with the caption, "Woman cutting her birthday cake in Iran 1973, 5 years before the Islamic Revolution." We received mail from readers asking if we could find data that might confirm whether or not this was true.

After this story was published, we established contact with one of the children of the woman in the picture. This is the journey of how we found the story behind the photograph.

Ten days after the viral tweet went up, a Facebook user reposted the same picture with the caption, "Here is an image from Iran of a woman cutting her birthday cake in 1973, 5 years before the Islamic Revolution there. Just wanted to point out how things can change when the government gets religious."

According to users who commented on the photograph, the woman's apparent happiness and the freedom to wear the clothes she's dressed in portrayed a stark contrast to the country's present-day reality.

The U.S. Institute of Peace published information about how modern dress code rules and other discriminatory guidelines target women specifically in Iran, especially following the Iranian Revolution in 1979. For example, the Institute of Peace said that "all females [in Iran] are required to cover their hair and dress modestly from the age of puberty."

According to the TinEye reverse image search website, one of the earliest postings of the picture of the woman appeared to be from June 24, 2018. A post in the r/OldSchoolCool subreddit on Reddit showed the caption, "Woman cutting her birthday cake in Tehran, Iran 1973."

After some more digging around, we stumbled upon what looked to be a helpful comment in a different Reddit thread from Dec. 22, 2020. In a repost on r/OldSchoolCool, Reddit user notbob1959 commented with information about a Pinterest board:

The original source for this photo is a Pinterest board and it has a few other photos of this woman and her parents. The title of the board is "My Mother in Iran - Inspirational pictures of my mother from the 60s" and it doesn't say the posted photo is of her birthday or outside of the 60s.

Her Name Is Sima

After this story was published, we received a response from the Pinterest user. Sogol Hariri said she is the daughter of the woman in the picture. She revealed that the photograph was captured in 1971, not 1973, and that it showed her mother, Sima, who was 18 years old at the time, just after she was hired to be a flight attendant for Iran Air. She told us that Sima was cutting the cake in the picture for a colleague's birthday, not her own celebration.

By email, Hariri said her mother remembers the moment in the photograph "very vividly":

Let me start by clarifying that the photo was taken in 1971 in Tehran, Iran and she is in fact Iranian! My mother was born in 1953 in Tehran and this photo was taken when she was exactly 18 years old. Her name is Sima and she lived and worked in Tehran and ultimately got married and had all three of her children there. We all currently reside in Canada.

She remembers the context of the photo very vividly as she had recently been hired as a flight attendant for Iran Air and has just started her training. One of her new colleagues at the airline invited her to a party celebrating his birthday and she took the honor of cutting his cake for all the guests. It was during her career at Iran Air that one of her colleagues encouraged her to model and she thus began a modeling career in Tehran, where she walked many fashion runways. I have attached a photo of her before one of her flights and a few of her modeling photos wearing different looks. She describes this period of her life as very exciting and glamourous! I have always loved looking at her photos from that time, which led me to casually post them on Pinterest. I had originally commented on Pinterest that her photos were taken in the 1960s but there is only one family photo that was taken then, and all the others were taken in the 1970s. Sima working as a flight attendant for Iran Air. Sima sitting in a room with international models. The original photograph print of Sima cutting her colleague's cake in Tehran in 1971.