Did a Woman Breastfeed a Cat? Part 2

While there's still no photographic evidence of this event, we now have a viral reenactment of a woman breastfeeding a cat. 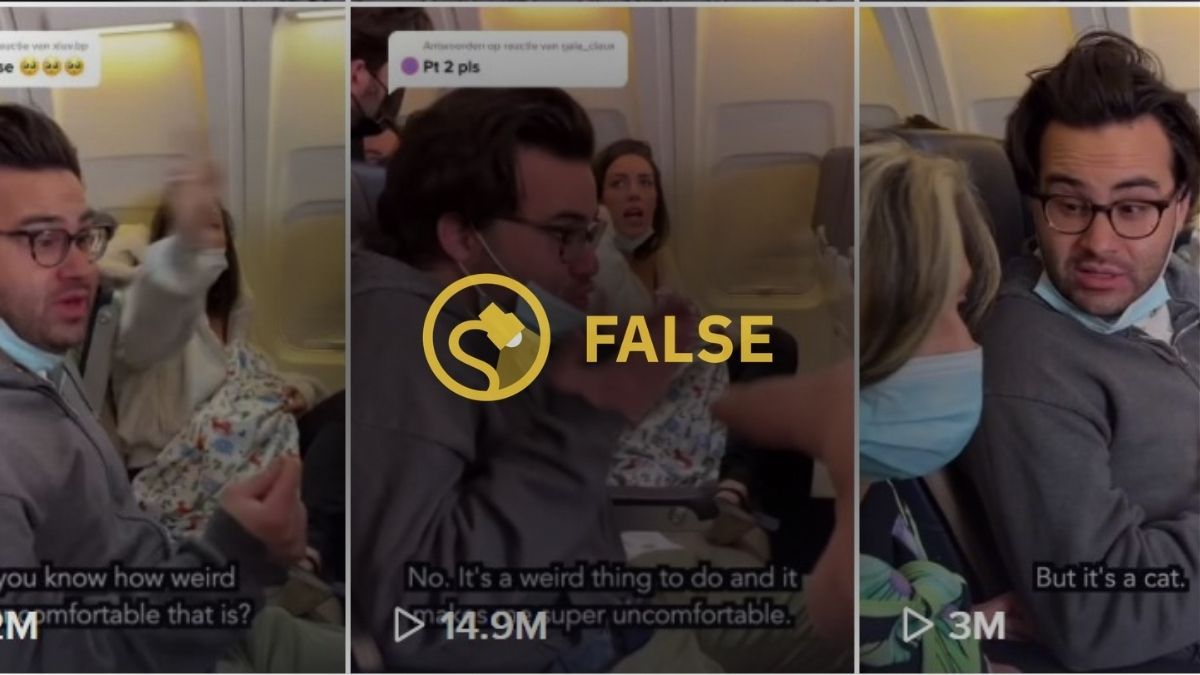 Claim:
A video shows a woman breastfeeding a cat on a plane.
Rating:

In early December 2021, reports started to circulate that a woman was caught breastfeeding her cat aboard a plane. This rumor (which you can read more about here) was based on a viral TikTok video posted by a flight attendant who was supposedly aboard the flight and an image that appeared to show an Aircraft Communications Addressing and Reporting System (ACARS) about the incident. This rumor was not supported by any photographs or videos of this woman, however, which is one reason we weren't able to independently verify it.

This was the first of four videos posted by @allesiavaesenn that appeared to show a woman breastfeeding a cat on a plane. Collectively, these videos have been viewed more than 45 million times.

These videos, however, do not actually show a woman breastfeeding a cat. They could be best described as a reenactment of this alleged incident. In the final video, you can clearly see that this cat is just a stuffed prop:

As noted by Ryan Broderick, journalist and host of the "The Content Mines" podcast, these are scripted, short videos that were created by Facebook's "The Gooch." While we haven't found out too many details about this Facebook user, the account has created a number of similar parody videos. Many of The Gooch's posts, including the video about the woman breastfeeding a cat, include a disclaimer labeling the videos as works of satire:

A woman on a plane gets accused of breastfeeding a cat mid-flight by a curious male passenger.

Please be advised that this page’s videos and live videos are intended for entertainment purposes only. The videos on this page include scripted dramas, satires, parodies, magic tricks, pre-recorded videos, and other forms of entertainment. Names, characters and incidents are often the product of the director’s imagination, so any resemblance to actual persons or actual events is purely coincidental. While the video was labeled as parody on The Gooch's page, no such disclaimer followed this video as it made its way to TikTok and Twitter.

Several of the actors who appear in this viral video have also made appearance in other Gooch productions. The woman who "breastfed the cat" in this video, for example, appears to be the same woman who received (chicken) breast implants in another one of The Gooch's videos:

This video is reminiscent of another video that went viral in November 2021 that supposedly showed a woman who was removed from a plane after complaining that other passengers were not vaccinated against COVID-19. This video, too, was a scripted short film.