Fake news reports a woman was busted for pleasuring herself in a Walmart restroom with a meat product. 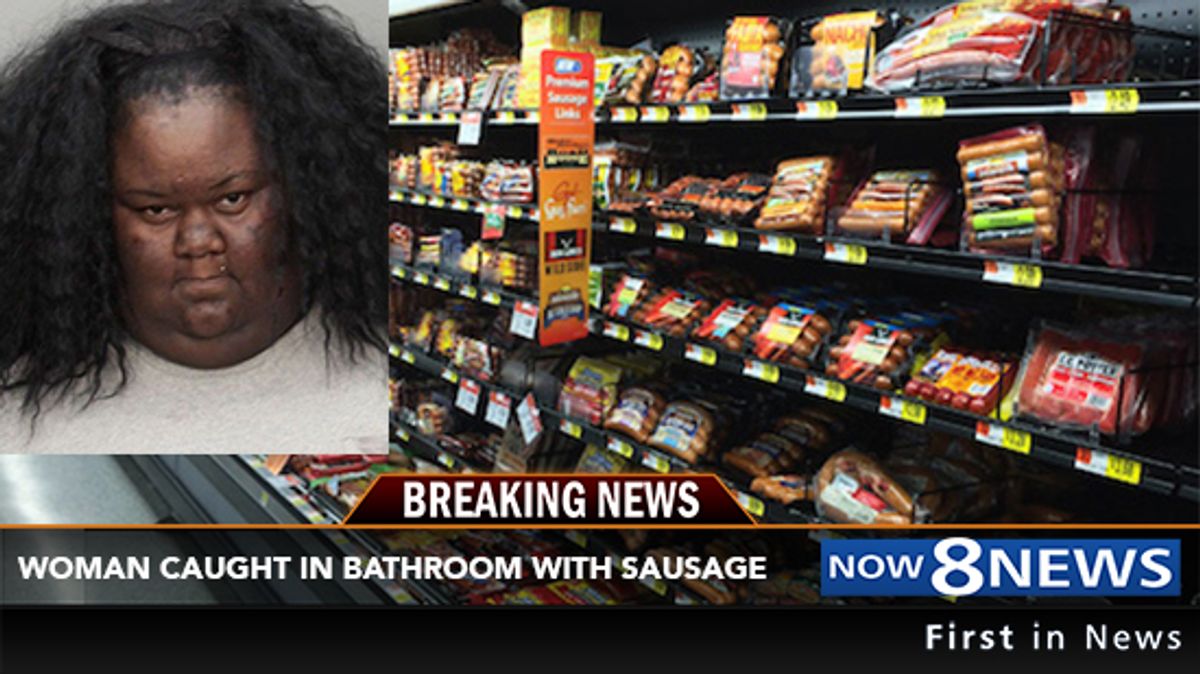 Police are calling this a crime of the unthinkable, something that most people would never imagine doing. On Monday, police were called to a Louisiana Walmart under the suspicion that a customer was shoplifting food. According to the complaint, a Walmart worker radioed security about a suspicious woman in the meat aisle. Security cameras filmed 33-year-old Shaniqua Johnson shoving sausages under her shirt. CCTV footage then shows the woman walking to the bathroom, where she remained for at least 30 minutes.

The male security guard says he knocked on the bathroom door several times but the woman did not respond. He then announced he was entering. What he found behind the door of the unlocked stall is something he said will “haunt his dreams forever.” The security guard reports when he entered the stall, Johnson was inappropriately pleasing herself with a Jimmy Dean package of sausage. He said that when he entered “She didn’t even stop. She just stared at me and kept going.”

A day after the Now8News article was published, the disreputable Prntly web site regurgitated the story using the same premise and photograph but changing several details, stating that the incident occurred in New York not Louisiana, that the phallic food was a Johnsonville Brand Sausage and not a Jimmy Dean sausage, and that the store involved was a Price Chopper and not a WalMart. Why the discrepancy? It might have something to do with the fact that both stories were completely made up.

Now8News is a fake news site camouflaged as a local television news outlet that publishes nothing but fictitious clickbait articles. Now8News has previously posted made-up stories about a woman being arrested for "trying on" tampons, an obese woman starving her children, and a man being arrested for having sex with a pig.