Did WNBA MVP Kelsey Plum Receive a Trophy That Cost Only $18?

Many sports trophies, including those for the WNBA, are made by Tiffany & Co. 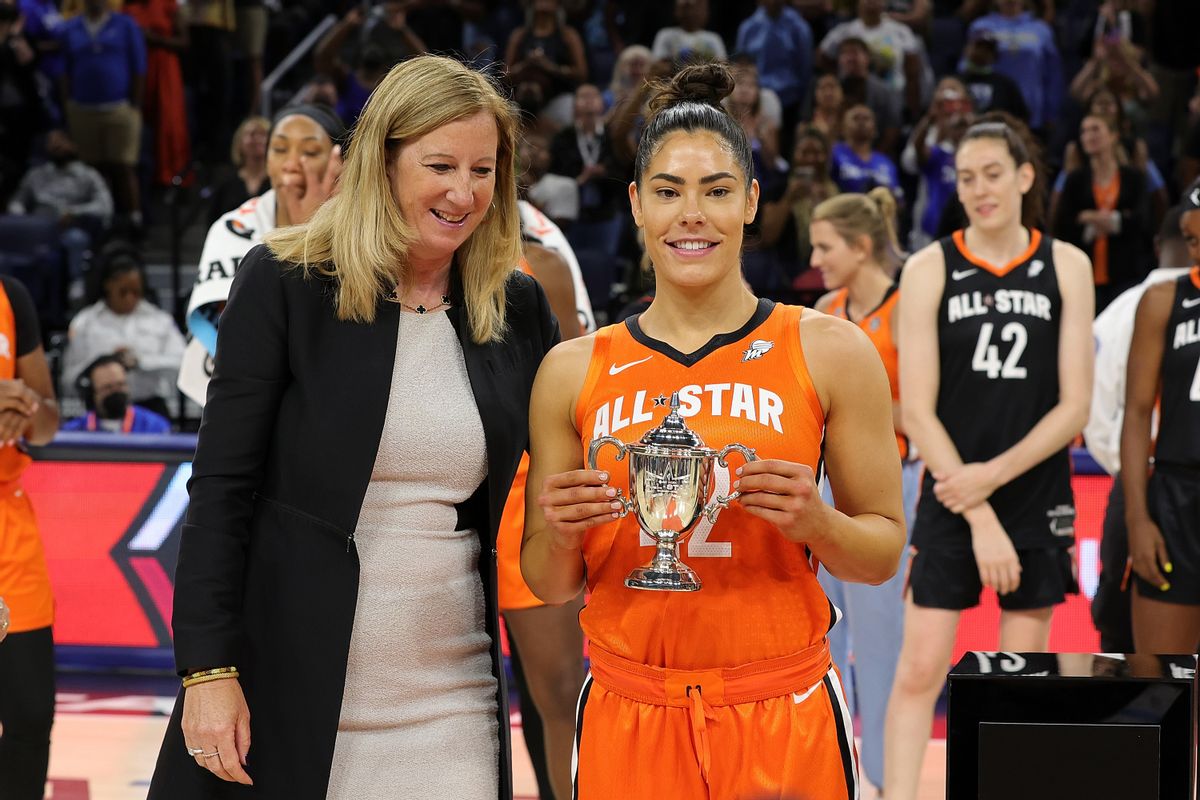 The WNBA All-Star Game was in Chicago for the first time ever on Sunday, and the action did not disappoint. In a high-scoring affair, Team Wilson beat Team Stewart, 134-112. Kelsey Plum of the Las Vegas Aces was named All-Star Game MVP after scoring 30 points, which tied the All-Star Game record that was previously set by Maya Moore in 2015.

As photographs and videos circulated of the trophy Plum received for the recognition, many people commented that the award appeared unusually small.

Social media users, including some of Plum's teammates, joked about the size of the award, and a rumor started that the league had purchased the trophy from an online trophy retailer for only $18.

The picture on the left is a genuine photograph of Plum and her MVP award. The picture on the right supposedly showing a screenshot of Google shopping results, however, does not show the same trophy. The claim that the WNBA honored Plum, the league's All-Star Game MVP, with an $18 trophy is false.

If you take a close look at the trophy Plum is holding in the left photo, you can easily see the difference. Notably, the trophy Plum is holding has much more ornate handles. It's also worth noting that the above-displayed tweet was posted by an account, "Ballsack Sports," that describes its output as parody or satire. Months earlier, the account went viral after inventing a fake quote by former NBA player Kevin Garnett.

The WNBA's trophies, like trophies for many other professional sports, are created by the jewelry company Tiffany & Co. The WNBA confirmed to VERIFYThis.com that Tiffany created Plum's MVP trophy:

The WNBA confirmed to VERIFY that the trophy was created for the league by luxury jewelry brand Tiffany & Co., and did not cost $18. The WNBA did not share the actual price of the trophy.