Does 'The Wizard of Oz' Contain This Ruby Slippers Blooper? 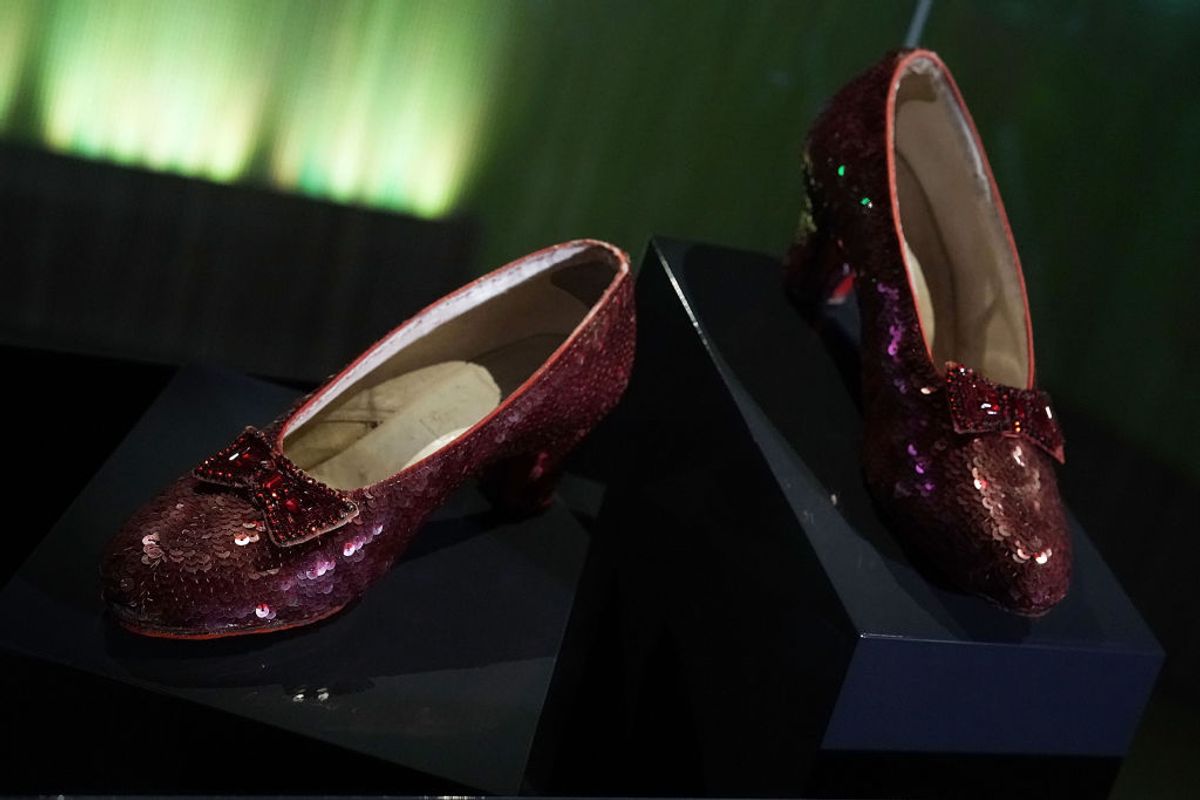 Claim:
During a scene in "The Wizard of Oz" movie, Dorothy is wearing black shoes instead of the iconic ruby slippers.
Rating:

A major plot point in the 1939 film "The Wizard of Oz" is that Dorothy Gale, doing the bidding of Glinda the Good Witch of the North, wears a pair of magical, sparkling, ruby red slippers during her adventures through the land of Oz.

This was all the more remarkable because the film was one of the early movies to be shot in Technicolor, as made famous by the fact that when Dorothy is in Kansas, the movie is not in color, it's in a sepia-toned monochrome. But when she steps into Oz, bright colors saturate the screen, making the red shoes pop.

Eagle-eyed viewers noted, however, that Dorothy's shoes weren't red throughout the whole film. During one brief moment in an action sequence, Dorothy (played by Judy Garland) is wearing an entirely different pair of shoes that appear to be black with shoelaces.

The moment comes during a scene when Dorothy tries to pick an apple from a tree, only to find out that the trees are combative. As the trees throw apples at Dorothy and the Scarecrow, the black shoes can be seen in the lower right corner of the screen.

We zoomed in on the scene and took a screenshot, and in it you can see that Dorothy is wearing an entirely different pair of shoes: The shoes seen in the screenshot above are distinctly different from the strapless, bedazzled red pumps that Dorothy wears throughout other parts of the movie set in Oz. In the scene immediately following that one, in which Dorothy and Scarecrow are running away, Dorothy is wearing the ruby slippers again.

The shoe blooper isn't the only curiosity stemming from the film. As Snopes reported in 1997, a long-standing piece of lore around the movie, that an actor playing a Munchkin committed suicide on screen, proved to be false.

Mikkelson, David. “FACT CHECK: Does ‘The Wizard of Oz’ Include a Munchkin Suicide?” Snopes.com, 13 Dec. 1997, https://www.snopes.com/fact-check/hanging-munchkin/.

Trenholm, Richard. “The First Technicolor Film Was a Total Disaster a Century Ago.” CNET, 9 Sept. 2017, https://www.cnet.com/culture/entertainment/technicolor-100-years-the-gulf-between/.

This story has been updated to note that the Kansas sequences in the film were sepia-toned.

the wizard of oz
Read More