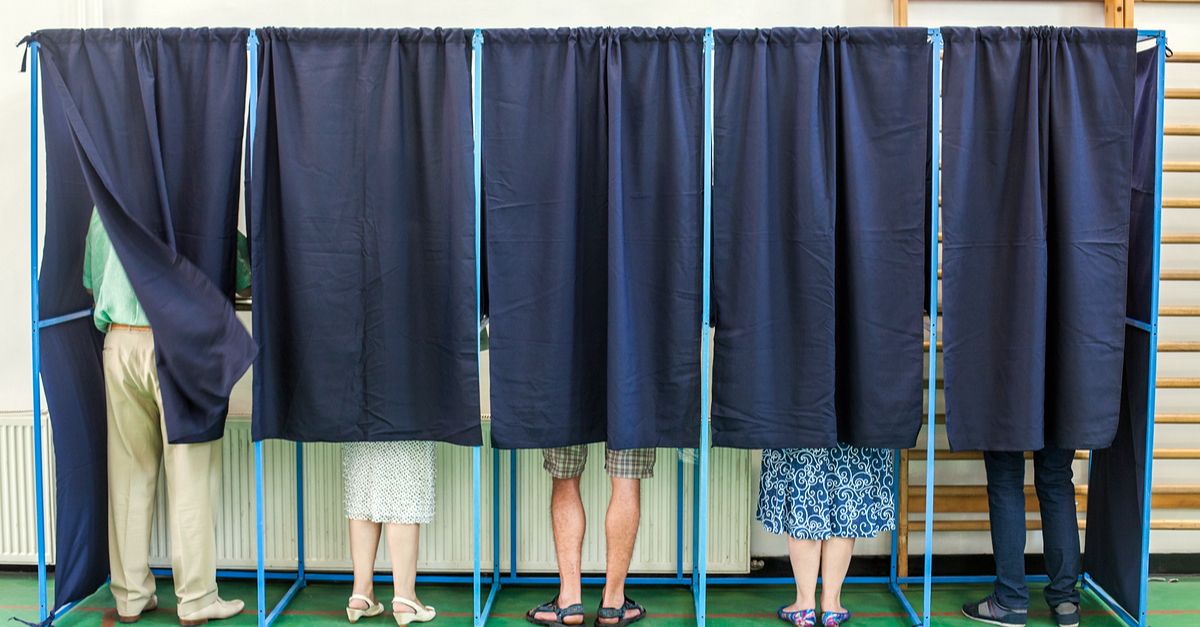 On 2 December 2016, Daily News Bin reported that "recount officials" in the state of Wisconsin discovered seals that showed signs of tampering on five of the voting machines in St. Croix county:

With the Wisconsin statewide recount now fully underway, designated election observers have been monitoring the hand recounts of the election officials. Many of the observers who have been designated on behalf of third party candidate Jill Stein are sharing their first hand recount experiences on her official website. Most notable among them: one observer who reports that five of the nine voting machines in her county had tampered seals – and she posted visual evidence to prove it.

The observer, named Wendy, has been observing the recount in St. Croix County. According to the state’s official election website, that county is currently doing both a hand recount and a machine recount. That’s what makes it notable that Wendy spotted the broken seals on five of the nine machines in question. Based on the photographs she posted to Stein’s official campaign website, the broken seals themselves come with the warning label that “Removal of seal voids warranty.” Take a look at one of her photos below[.]

The post linked to images from the web site of Green Party candidate Jill Stein. The site hosted "WI Observer Reports," filed not by recount officials, but by laypeople who volunteered to observe post-election recount efforts.

"Wendy" in St. Croix county submitted a very brief statement, along with photographs of two machines she attested were among five with broken seals:

Five of the nine machines being used in the recount have tampered seals. Photos of two are attached. Photo of seal, followed by photo of serial number. Both posts lacked details about the process of sealing voting equipment in Wisconsin or elsewhere, evidence the machines were photographed in St. Croix during recount efforts, or any information above and beyond those brief remarks. Dates, precise locations, and the circumstances under which the images were obtained were unknown. The site linked to the Wisconsin Elections Commission's web site page [PDF], noting that St. Croix County was undertaking a "hand count" and "optical scan", but it was not immediately whether clear voting equipment was being examined as part of that effort.

The images purportedly showed two of the five machines, and their role in the recount efforts was not described. The images depicted two seals that read "REMOVAL OF LABEL VOIDS WARRANTY," and while both images depicted worn labels, neither was removed.

Another inconsistency about the site's claim was that it appeared to show a different type of machine from the type reported by the Wisconsin Elections Commission web site.  The site hosts a list of voting equipment used per municipality, [PDF] showing that although counties other than St. Croix used the ES&S brand of equipment listed, St. Croix used only Dominion and Sequoia products: Finally, most claims of potential interference had to do with voting machines being "hackable" via remote, electronic means:

As computer security experts have been saying for years, our newly computerized voting systems are vulnerable to attack by both individual hackers and government-sponsored cyberwarriors. It is only a matter of time before such an attack happens.

Electronic voting machines can be hacked, and those machines that do not include a paper ballot that can verify each voter’s choice can be hacked undetectably.

While images apparently showed two of five voting machines in St. Croix County, Wisconsin with tampered seals, the images were taken by a private individual and did not constitute a report from "recount officials." The voting equipment shown was not the voting equipment the state of Wisconsin reported was used in that jurisdiction. Labels affixed to the machine were worn but not removed, and the labels stated that their removal voided the warranty, not that it disqualified the machine's tabulations.

On 5 December 2016, a public information officer for the Wisconsin Elections Commission responded to our inquiries regarding the voting machines used and reports of broken seals in St. Croix:

Questions have been raised by some recount observers in St. Croix County about the security of voting equipment. The Wisconsin Elections Commission has been in contact with the St. Croix County Clerk and the equipment manufacturer, Elections Systems & Software (ES&S), and is confident that this is not an issue that would have affected the accuracy of the results reported by the equipment.

St. Croix County municipalities use DS200 scanners from ES&S. After the equipment was purchased, ES&S sent out a technician to install modems in the scanners, which are used on Election Night to transmit unofficial results to the county. In order install a modem, the technician was required to break a “warranty seal” on a door on the scanner. Unfortunately, the technician apparently did not replace those seals on the doors after completing his work.

According to Gary Jacobsen, Regional Field Service Manager for ES&S: “These are warranty seals used by technicians and should not be confused with “security seals” that the County would have used on Election Day. To gain access to the inner workings of the scanner, the technician uses a T-10 Torx screwdriver that has a security tip that is needed because of the special screws that are used.”

ES&S will produce an affidavit from the technician attesting to the fact that he was the person who broke the seals and why he did so. The Commission has asked the St. Croix County Clerk to provide a copy of that document after it has been completed. Also, the equipment will be tested following the recount.

The County Clerk reports that observers from the Stein campaign have been verifying the equipment’s accuracy for selected reporting units by observing the ballots after they are tabulated by the equipment with the broken warranty seals. They have the scanners set up on tables (without the ballot bin) so that every ballot processed by the machine slides out on the table for observers to see and count without handling the ballots. They are not doing this for every reporting unit recounted on each of the machines in question, but have verified several and all of the hand count tallies match the results tape generated by the scanner.

Based on the evidence provided by the St. Croix County Clerk’s office and ES&S, the Commission staff is confident that the voting equipment is accurately tabulating and reporting the results in St. Croix County.

[On 5 December 2016] we updated the spreadsheet to reflect that they use the ES&S DS200 scanners.

Per the statement, St. Croix used DS200 scanners manufactured by ES&S. Those scanners were serviced after acquisition to enable electronic transmission of unofficial results on 8 November 2016. The technician who serviced the machines did not replace the warranty seals. However, an ES&S representative stated that "warranty seals used by technicians and should not be confused with 'security seals' that the County would have used on Election Day." ES&S planned to submit an affidavit attesting to such, and additional testing of the equipment is planned after the completion of the recount.