In late 2021, Twitter users shared an old list of 10 problems that could halt the march of progress in the early 21st century. 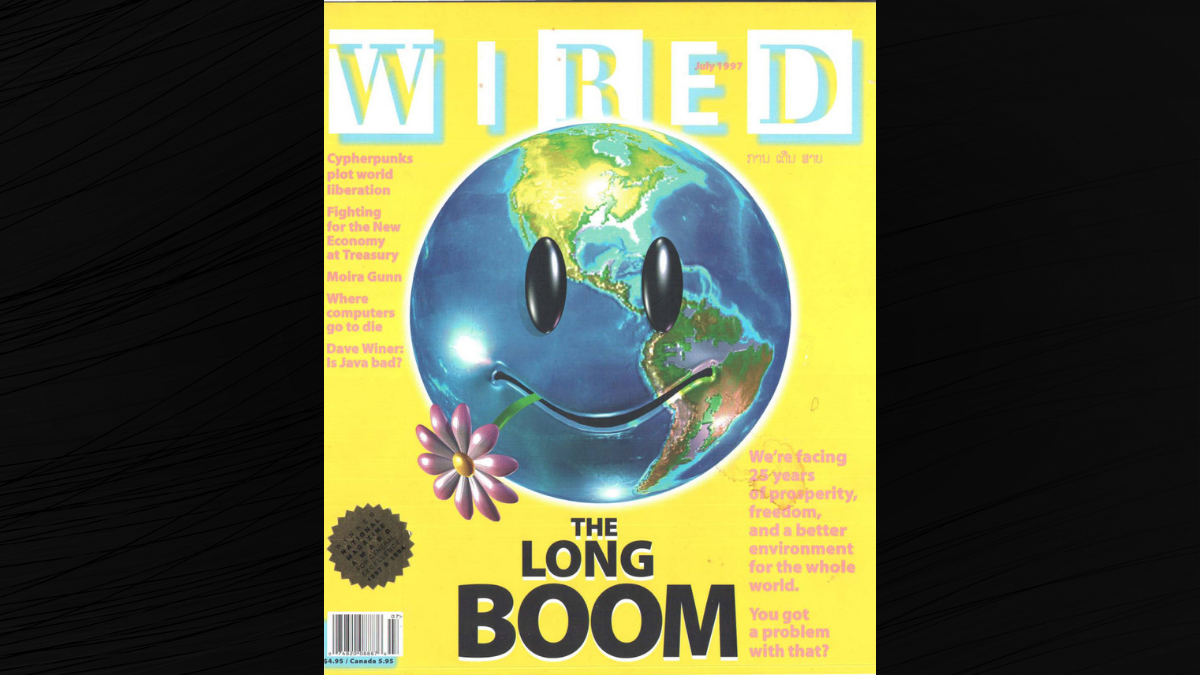 Claim:
In 1997, Wired magazine published an eerily prescient list of scenarios that could halt progress in the early 21st century.
Rating:

In November 2021, a widely shared tweet purported to show a remarkably prescient piece of futurist journalism from nearly a quarter of a century ago — one that warned of the possible consequences of rising energy prices, an ecological crisis, and "a modern-day influenza pandemic."

The tweet, posted by @hieronymus_burp on Nov. 19, contained two images. The first appeared to be a front cover of Wired magazine from July 1997, with the cover story "The Long Boom / We're facing 25 years of prosperity, freedom and a better environment for the whole world. You got a problem with that?"

The second appeared to be a cropped section of a different page, listing "10 things that could cut short the long boom" — scenarios including "New technologies turn out to be a bust"; "Europe's integration process grinds to a halt"; "A social and cultural backlash stops progress dead," and so on: Several Twitter users were taken aback by what they regarded as the eerie prescience and specificity of that list of "spoilers," with one observer describing them as "scary accurate."  As it turned out, the list was was entirely authentic, and the screenshots were genuine and unedited. As such, we're issuing a rating of "Correct Attribution."

The source of the list was indeed the July 1997 issue of Wired, the influential San Francisco-based magazine that focuses on technology and culture. The full issue is available on the Internet Archive, and the cover story, written by Peter Schwartz and Peter Leyden, can be found on page 121.

It suggested that two converging trends — accelerating developments in technology, especially with regard to the internet, as well as increasing international political and economic cooperation and openness — would bring about an era of unprecedented prosperity and enlightenment, "a new civilization of civilizations that will blossom through the coming century."

However, the piece had a sting in the tail, namely the 10 "scenario spoilers" — plausible events or developments in the early years of the 21st century, any one of which could derail the glorious progress set out in the preceding pages. They can be read in full here: