Of all the dubious health claims made about the benefits of cigarette smoking, this one seemingly took the cake. 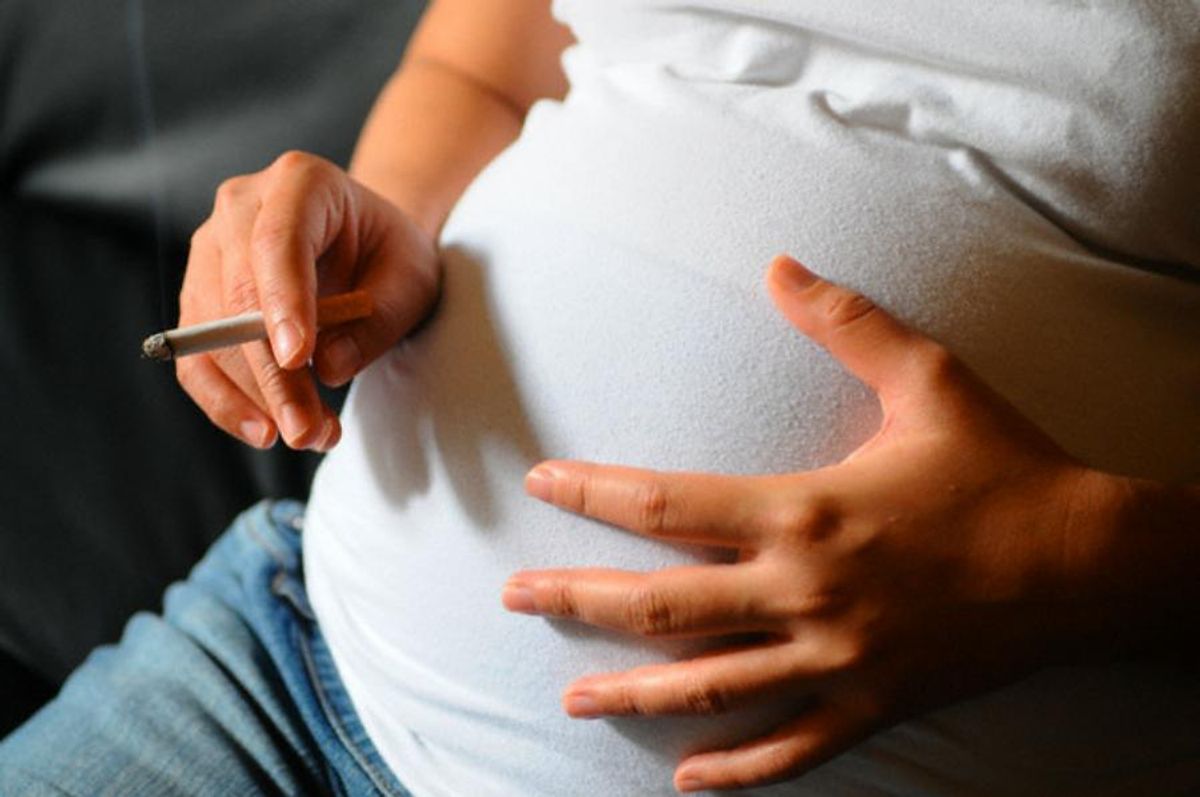 Ubiquitous cigarette advertisements of the mid-20th century often touted to consumers that smoking particular brands of cigarettes actually provided health benefits -- or at least caused less damage than rival brands. Cigarettes were frequently endorsed by doctors and dentists, and they were promoted with an array of medical-sounding claims ranging from "less irritating to the nose and throat" to "improves digestion" to "helps maintain slender figures."

The nadir of such dubious advertising would seemingly be an ad for Winston brand cigarettes that employed the slogan "Taste Isn't the Only Reason I Smoke" and featured a pregnant woman disdaining the notion that smoking while pregnant could result in low birth weight, proclaiming that "an easy labor" and "a slim baby" was a "win-win" scenario: This "When you're smoking for two ..." graphic was just a fabrication and not a genuine vintage print advertisement, however. It was the winner in a "Bad Ads" Photoshop competition hosted by the Worth1000 website (now DesignCrowd), in which participants were challenged to "create a failed ad campaign -- a parody of an ad that wasn't quite right in one way or another."

As for real cigarette ads, the following is a true example of one that perhaps can't be beat for irony in light of modern medical knowledge: