Did Winston Churchill Say 'a Nation That Forgets Its Past Has No Future'?

The quote was virally shared in a Facebook meme after Confederate statues were removed following the May 2020 murder of George Floyd. 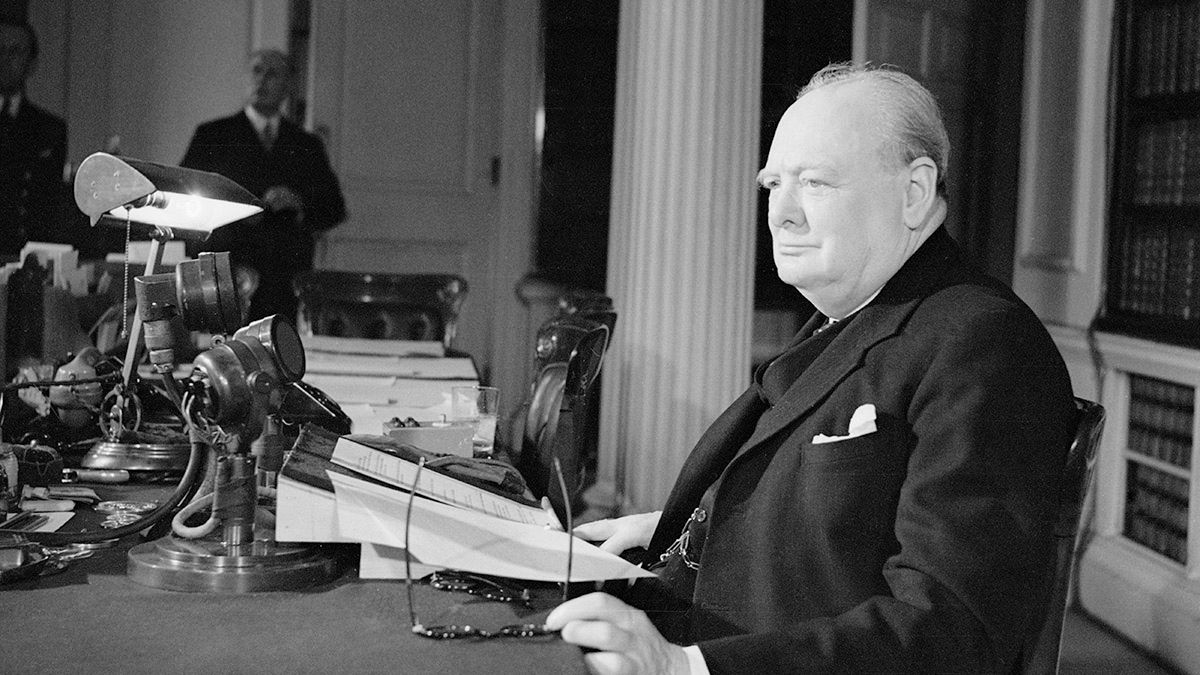 Claim:
Winston Churchill once said: "A nation that forgets its past has no future."
Rating:

On June 18, 2020, a Facebook account posted a meme that claimed Winston Churchill once said: "A nation that forgets its past has no future." According to newspaper articles printed in 1983 and 2021, both from The Santa Fe New Mexican, the quote even appeared with attribution to Churchill on the side of an archives building in Santa Fe, New Mexico. The sign can be seen on Google Street View.

The Facebook post in question has been shared close to 1 million times since it was first posted on June 18. The meme originally was posted in the aftermath of the May 25, 2020, murder of George Floyd, a Black man who died after then-Officer Derek Chauvin, who is white, "knelt on his neck, pinning him to the ground for about 9 1/2 minutes." Chauvin was later convicted on murder and manslaughter charges.

In the four weeks between the time that Floyd was killed and the day the Facebook meme was posted, Smithsonian Magazine reported: "Confederate Monuments Are Coming Down Across the Country." This appeared to be what the Facebook account was referencing when posting the purported Churchill quote, "a nation that forgets its past has no future." This was further confirmed after a study of the Facebook user's public-facing posts, which included content riddled with baseless conspiracy theories about the 2020 U.S. presidential election. We also found a meme on the day after the Jan. 6 Capitol riot that said: "If you're disgusted now, but you weren't this summer when cities were literally burning, you're the worst kind of hypocrite."

Looking for the Quote

As for the supposed Churchill remark, we were unable to find any newspapers or books that confirmed him as having uttered those exact words. While a small number of opinion pieces and "letter to the editor" articles in newspapers have featured the quote since at least the 1960s, none of the stories provided further information on where the remark originated. The former British prime minister was born on Nov. 30, 1874, and died on Jan. 24, 1965. We found some evidence of Churchill saying phrases that were potentially similar to the quote in the viral meme. For example, in 1985, the Rutland Daily Herald reported a story about remembrances of World War II and the Holocaust. In the article, the author wrote: "[George] Santyana, philosopher-historian, observed that a nation which forgets its past is doomed to relive it in the future." The sentence referred to a quote from the 1905 book, "The Life of Reason or the Phases of Human Progress," in which Santyana wrote: "Those who cannot remember the past are condemned to repeat it."

According to the International Churchill Society, "in a 1948 speech to the House of Commons, Churchill paraphrased Santayana when he said, 'those who fail to learn from history are condemned to repeat it.'" A different quote had Churchill using the words "doomed to repeat it," according to Virginia Tech's College of Liberal Arts and Human Sciences. However, this was all fairly different from "a nation that forgets its past has no future." Winston Churchill gives his famous 'V for Victory' sign while addressing crowds from the balcony of City Hall in Sheffield, during a tour of the Midlands and North of England, 6-8 November 1941. (Photo by Capt. Horton/ Imperial War Museums via Getty Images)

Leuci also directed us to Richard M. Langworth, a senior fellow with the Hillsdale College Churchill Project. Langworth, a historian of Churchill's life, has published books on the famous historical figure, including writing about remarks he did and did not make.

According to an article on Langworth's website, the same quote that appeared in the Facebook meme was "possibly muddled" from a real Churchill remark from his "Finest Hour" speech on June 18, 1940: "If we open a quarrel between the past and the present we shall find that we have lost the future."

Langworth also wrote that U.S. Sen. Ted Cruz attempted to invoke Churchill when uttering a similar quote in 2016, but missed the mark on one of the words. Cruz said "risk the future" instead of "lost the future." Langworth argued: "Loss is worse than risk. Cruz was probably fed the line by some haphazard researcher." He continued:

Cruz, moreover, missed the spirit in which the Churchill remark was made. In 1940 Churchill was defending the all-party coalition he had brought together in defense of the nation. One of those parties (Labour) was intent on persecuting the Conservative and some Liberal politicians who had led Britain to its current state.

There was nothing to gain in that, Churchill said, and he had as good a reason to blame the Conservatives as anyone on the Labour side. For example, Labour had steadfastly supported appeasing Hitler until 1939, and had voted against conscription. Like the Labour critics of 1940, Sen. Cruz seems to spend much of his time opening quarrels between the past and present.

In sum, while there is no shortage of famous and authentic quotes from the former British prime minister, we found no record of Churchill ever saying the words, "a nation that forgets its past has no future."

“Did Churchill Say ‘People With Contempt for Their Heritage Have Lost Faith in Themselves’?” Snopes.com, https://www.snopes.com/fact-check/churchill-confederate-monument/.

“Did Winston Churchill Say ‘The Fascists of the Future Will Call Themselves Anti-Fascists?’” Snopes.com, https://www.snopes.com/fact-check/fascists-called-anti-fascists-quote/.

Magazine, Smithsonian, and Nora McGreevy. “Confederate Monuments Are Coming Down Across the Country.” Smithsonian Magazine, https://www.smithsonianmag.com/smart-news/confederate-monuments-across-country-coming-down-180975052/.

Santayana, George. The Life of Reason, Or, The Phases of Human Progress: Introduction, and Reason in Common Sense. C. Scribner’s Sons, 1905.

“Was the First Known Use of ‘OMG’ Written in a Letter to Churchill?” Snopes.com, https://www.snopes.com/fact-check/omg-winston-churchill/.

“Was Winston Churchill Born in a Ladies’ Room During a Dance?” Snopes.com, https://www.snopes.com/fact-check/winston-churchill-born-dance/.

“Winston Churchill on Caring What Other People Think of You.” Snopes.com, https://www.snopes.com/fact-check/churchill-what-people-think/.