Did the Man Who Oversaw the Bin Laden Raid Say It Would Be 'An Honor' If President Trump Revoked His Security Clearance?

William McRaven wrote "I would consider it an honor if you would revoke my security clearance as well, so I can add my name to the list of men and women who have spoken up against your presidency." 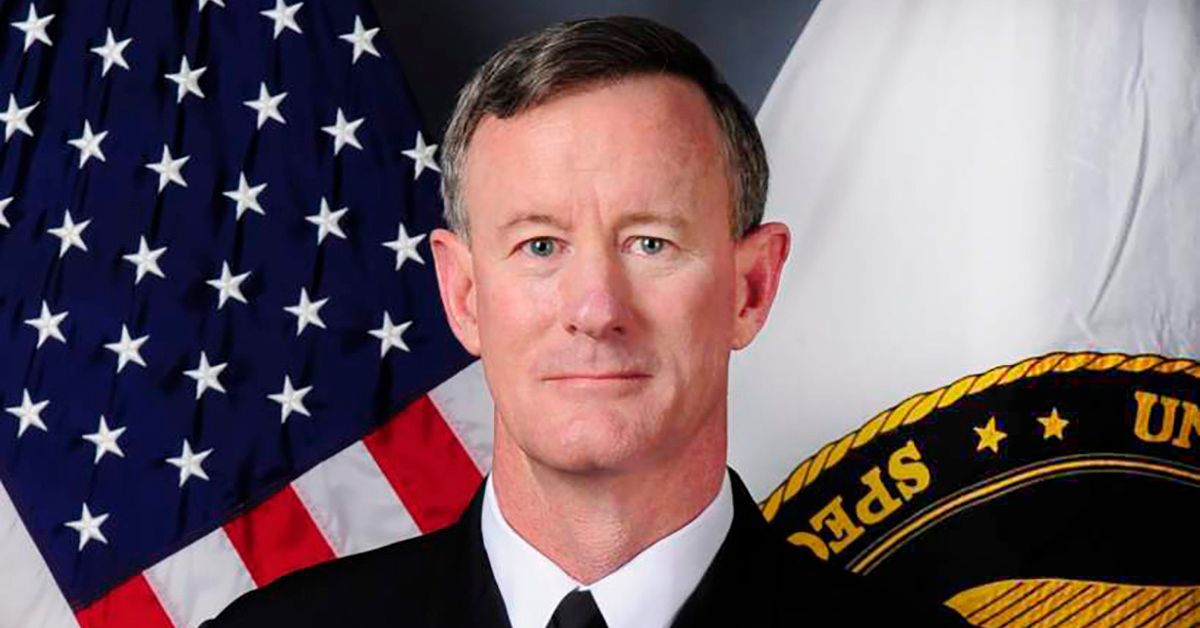 Claim:
Retired Navy Admiral William McRaven wrote that he would "consider it an honor" if President Donald Trump revoked his security clearance.
Rating:

In the summer of 2018, President Donald Trump prompted additional charges of inappropriately targeting his critics and political opponents after he revoked the security clearance of former CIA Director John Brennan and openly mulled doing likewise for several other high-profile former intelligence community officials who have spoken out against him.

Brennan is a frequent critic of President Trump. In July, after Trump appeared to side with his Russian counterpart Vladimir Putin when asked at a press conference whether he accepted the word of the U.S. intelligence community that Russia had directed efforts to interfere in the 2016 presidential election, Brennan said the president's words and actions were "nothing short of treasonous."

Among those who criticized the decision to revoke Brennan's clearance was retired Navy Admiral William McRaven, who oversaw the 2011 Navy SEAL raid in Pakistan that killed terrorist mastermind Osama bin Laden. In a 16 August opinion piece published by the Washington Post, McRaven wrote that "I would consider it an honor if you would revoke my security clearance as well, so I can add my name to the list of men and women who have spoken up against your presidency."

McRaven's comments formed the basis of a widely-shared meme posted by the left-wing Facebook page "Occupy Democrats," which spurred inquiries about the authenticity of the remarks included in that meme: The statements in the meme were indeed presented by McRaven in his Washington Post column, although "Occupy Democrats" did rearrange and re-sequence certain sections of that piece. This rearrangement did not affect the meaning or substance of his remarks, however, or create a misleading impression of what he said; it appears to have been done simply for brevity and rhetorical effect.

The president said he was considering revoking the security clearances of several other former officials besides Brennan, all of whom have criticized him publicly and/or played a role in Special Counsel Robert Mueller's Russia investigation. In a 26 July statement regarding the revocation of Brennan's clearance, President Trump wrote:

President Trump fired Comey in May 2017, offering conflicting reasons for the dismissal, and he fired Yates in January 2017 after she refused to implement an executive order banning immigration from several majority-Muslim nations. James Clapper, Jim Comey, Michael Hayden, Sally Yates and Susan Rice have all been strongly critical and at times disparaging of the president.

Andrew McCabe was fired as deputy director of the FBI in March 2018 after Attorney General Jeff Sessions said he "lacked candor" while under oath as part of an internal Justice Department probe into two FBI investigations which McCabe headed -- one regarding Hillary Clinton's use of a private email server and the other an initial probe into potential links between the Russian government and the Trump campaign.

President Trump has frequently used Twitter to target McCabe and his wife Jill, a Democrat who ran for the Virginia state senate in 2015, and Trump has made false allegations that McCabe personally received $700,000 in donations from Clinton.

Peter Strzok was fired as an FBI agent in August 2018 after it was revealed that he had exchanged text messages disparaging President Trump with Lisa Page, a former FBI lawyer. Strzok was a key figure in Mueller's Russia investigation until Mueller reportedly kicked him off the team upon discovering the existence of the messages. Page had for a time been part of the Russia investigation, and she and Strzok were engaged in an extra-marital affair at the time they exchanged the text messages. President Trump has attacked the pair in tweets, labeling them "FBI lovers" and accusing them of damaging the reputation of the Bureau. In one tweet, the president collectively referred to Comey, McCabe, Strzok and Page as "clowns and losers":

.....Will the FBI ever recover it’s once stellar reputation, so badly damaged by Comey, McCabe, Peter S and his lover, the lovely Lisa Page, and other top officials now dismissed or fired? So many of the great men and women of the FBI have been hurt by these clowns and losers!

Bruce Ohr is a Justice Department official, and the only person named by President Trump who is still a government employee. In recent weeks he has emerged as a favored Twitter target of the president, who has accused Ohr of being part of a conspiracy against him due to Ohr's connections with Christopher Steele, a former British intelligence agent who put together a dossier which suggested the Russian government had compromising blackmail material about Trump and outlined alleged links between the Russian government and the Trump campaign.

In explaining his decision to revoke Brennan's security clearance, President Trump did not allege that the former CIA director had violated any security protocols or made any unauthorized leaks of classified information. Rather, he accused Brennan of being dishonest and cited what he called "a series of unfounded and outrageous allegations — wild outbursts on the Internet and television — about this administration," adding:

Mr. Brennan’s lying and recent conduct, characterized by increasingly frenzied commentary, is wholly inconsistent with access to the nation’s most closely held secrets, and facilities [facilitates] the very aim of our adversaries, which is to sow division and chaos.

Several factors have prompted a concerned response to the president's decision: the stated reasons for the order, the manner in which it was carried out (President Trump does not appear to have followed the meticulous and clearly-outlined process in place for revoking security clearances), and the list of other officials earmarked -- all of whom have publicly criticized the president and/or investigated possible collusion between his campaign and Russian interests.

In response to the revocation of Brennan's security clearance, twelve senior former intelligence community officials. including six former CIA directors, penned an open letter to President Trump in which they characterized the decision as being unprecedented, politically motivated, and inappropriate:

As former senior intelligence officials, we feel compelled to respond in the wake of the ill-considered and unprecedented remarks and actions by the White House regarding the removal of John Brennan’s security clearances ... We all agree that the president’s action regarding John Brennan and the threats of similar action against other former officials has nothing to do with who should and should not hold security clearances – and everything to do with an attempt to stifle free speech.

And on 16 August, McRaven's scathing column was published in the Washington Post:

Former CIA director John Brennan, whose security clearance you revoked on Wednesday, is one of the finest public servants I have ever known. Few Americans have done more to protect this country than John. He is a man of unparalleled integrity, whose honesty and character have never been in question, except by those who don’t know him.

Therefore, I would consider it an honor if you would revoke my security clearance as well, so I can add my name to the list of men and women who have spoken up against your presidency.

Like most Americans, I had hoped that when you became president, you would rise to the occasion and become the leader this great nation needs.  A good leader tries to embody the best qualities of his or her organization. A good leader sets the example for others to follow. A good leader always puts the welfare of others before himself or herself.

Your leadership, however, has shown little of these qualities. Through your actions, you have embarrassed us in the eyes of our children, humiliated us on the world stage and, worst of all, divided us as a nation. If you think for a moment that your McCarthy-era tactics will suppress the voices of criticism, you are sadly mistaken. The criticism will continue until you become the leader we prayed you would be.