William Kamkwamba: The Boy Who Harnessed the Wind

The story of William Kamkwamba, aka "The Boy Who Harnessed the Wind," is true, but it isn't new and has been extensively covered in the media. 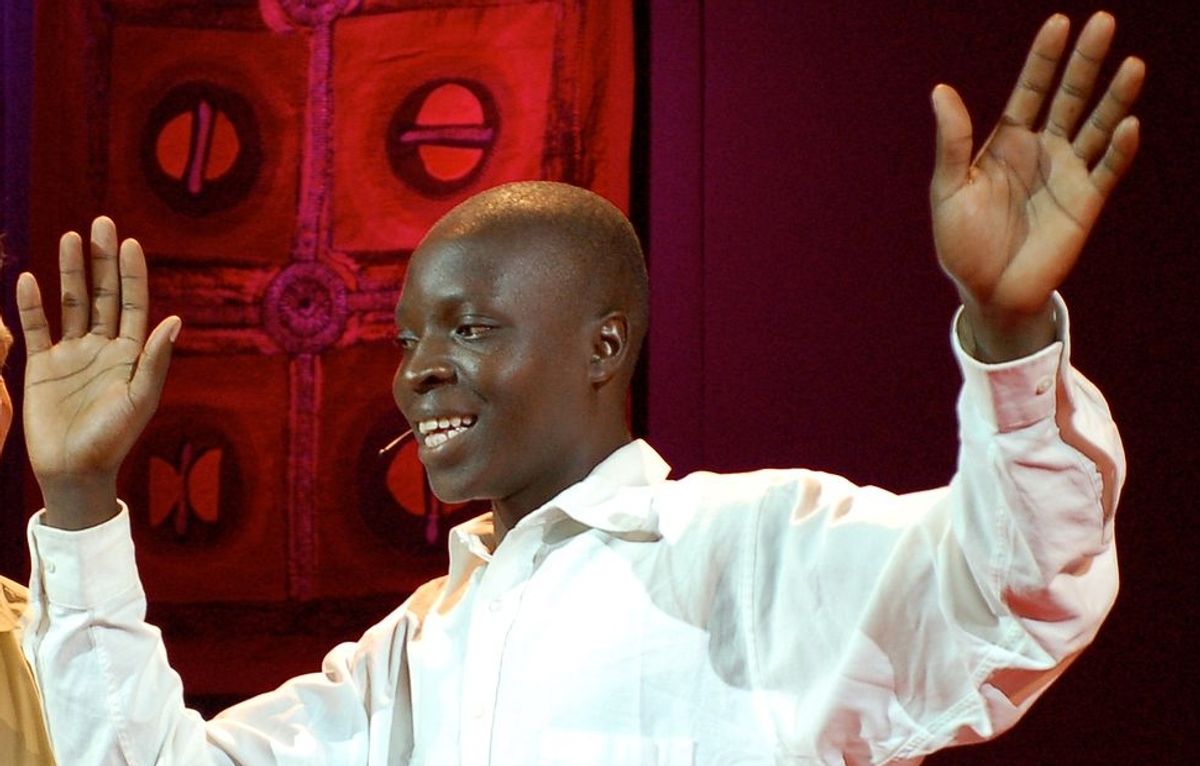 Claim:
Based on information he learned from library books, school drop-out William Kamkwamba built a windmill out of scrap parts and brought electricity to his village in Malawi.
Rating:

An Internet meme circulating in August 2016 touted the story of one William Kamkwamba, a Malawian teenager who "taught himself how to build a windmill out of junk and bring power to his village. He then went on to build a second, larger windmill to power irrigation pumps. He did this all from books he read in the library." A note at the top of the image urged readers to "Share this. Let's make him famous because the media won't."

Apart from that last claim about the media not making him famous, the story is true. As reported everywhere from The Daily Times in Malawi to The Wall Street Journal to Time to The Daily Show with Jon Stewart, William Kamkwamba dreamed of studying science as a child but was forced to drop out of school when famine struck Malawi in 2002, reducing his entire family to foraging for food to survive. "Yet William refused to let go of his dreams," says the dust jacket of his autobiography (written with Bryan Mealer), The Boy Who Harnessed the Wind, published in 2009:

With nothing more than a fistful of cornmeal in his stomach, a small pile of once-forgotten science textbooks, and an armory of curiosity and determination, he embarked on a daring plan to bring his family a set of luxuries that only two percent of Malawians could afford and what the West considers a necessity -- electricity and running water. Using scrap metal, tractor parts, and bicycle halves, William forged a crude yet operable windmill, an unlikely contraption and small miracle that eventually powered four lights, complete with homemade switches and a circuit breaker made from nails and wire. A second machine turned a water pump that could battle the drought and famine that loomed with every season.

A more detailed description of Kamkwamba's feat of do-it-yourself engineering was provided by Malawi's Daily Times:

The windmill stands on a tripod of wooden polls about five metres above the ground. It consists of locally-available materials and as far as he can remember his investments were K500 for two bearings, K500 for a bicycle dynamo, K400 for a fun belt and K800 for a bicycle frame.

The propellers are made of plastic pipes supported by sticks so that they should not bend when the wind is strong and placed almost vertical to the direction of where the wind comes from.

Unlike most windmills, where the propellers turn the spindle connected to the turbines directly, William added pulleys to his machine to increase speed thereby generating more energy.

There are three pulleys and the last is connected to a bicycle wheel. When this wheel turns, it spins a dynamo which in turn generates electricity.

The generator powered four electric lights and two radios in the Kamkwamba family's house, allowing them to stay up later and freeing them from having to travel long distances to purchase paraffin for lamps. A second windmill provided running water to irrigate crops.

News of Kamkwamba's accomplishments spread rapidly, first throughout Malawi and then via the blogosphere, which garnered him international renown. He was invited as a guest to a TED conference in Tanzania in 2007, then received a scholarship to study at the African Leadership Academy in Johannesburg, South Africa, and with the help of an American sponsor attended Dartmouth College in New Hampshire, from which he graduated in 2014. He remains involved in many engineering and construction projects and charities in his home village of Dowa, Malawi.