A chemical compound found in the leaves of the bay laurel may affect mood, but the results are inconclusive and not necessarily relevant to bay leaf smoke. 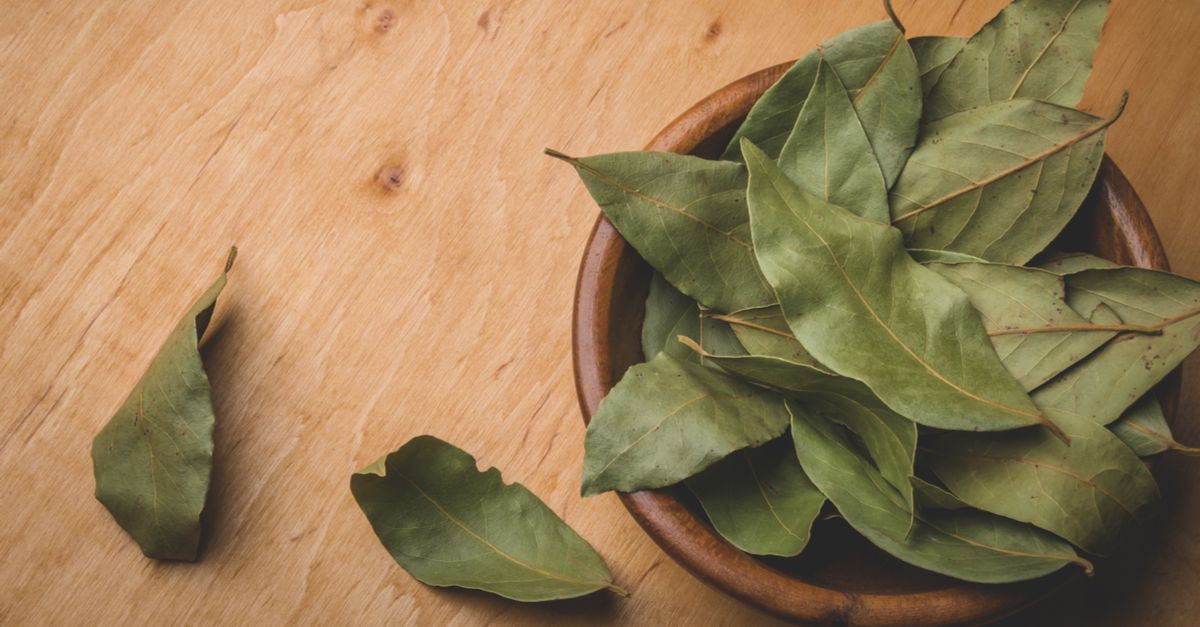 One of the more popular topics on web sites that advocate for "natural" cures is the cornucopia of purported benefits ascribed in some way to leaves from the bay laurel (Laurus nobilis). Blender spokesperson and gravity skeptic David "Avocado" Wolfe, who runs a pseudoscientific alternative health and supplement empire, made this claim about burning the leaves on a widely shared post on his eponymous web site:

The bay leaf contains a compound called linalool. A study by the American Association of Nurse Anesthetists found that linalool decreases anxiety and enhances social interaction.

In as little as 10 minutes of smelling a burning bay leaf, linalool begins working. Some have even described the effect as mildly psychedelic.

It is interesting that Wolfe selected this specific article to support the assertion that burning a bay leaf works to reduce anxiety, as that study actually concluded — using laboratory rats — that while linalool can decrease motor function and essentially knock a rat unconscious at excessive doses, it does not appear to have a strong anti-anxiety effect:

Our data did not support anxiolytic [anti-anxiety] effects of linalool in the rat model, they suggested that linalool modulates the central nervous system by producing unconsciousness and degradation of motor movements.

That does not mean, however, that there were a dearth of papers Wolfe could have selected that suggest a connection between linalool and anxiety, merely that his review of the scientific literature appears to have been both extremely superficial and largely incomplete. Linalool is a major component of many aromatic plants, most notably lavender, and it has been the subject of a number of different areas of research.

A better study (in terms of results but not necessarily methodology) for Wolfe would have been a 2010 paper published in the journal Phytomedicine, which suggested (using laboratory mice and pure linalool vapors) that linalool may have an effect on anxiety:

The aim of this study was to investigate the effects of inhaled linalool on anxiety, aggressiveness and social interaction in mice. [...] Inhaled linalool showed anxiolytic properties in the light/dark test, increased social interaction and decreased aggressive behavior [...]. These results strengthen the suggestion that inhaling linalool rich essential oils can be useful as a mean to attain relaxation and counteract anxiety.

The light/dark box test, which investigates how quickly a laboratory mouse leaves a dark space to explore a novel light space, is a controversial method to assess anxiety, however, as it is prone to false positives and many do not consider it an accurate analog for human anxiety. This test was also performed in other animal studies related to anxiety and linalool that provide evidence for a connection.

In terms of human studies, a study published in the journal Human Psychopharmacology in 2009 reported results from the administration of lavender capsules (which, again, contain linalool) to 97 individuals while showing them a combination of "neutral" and "anxiety-producing" films. They concluded:

Lavender has anxiolytic effects in humans under conditions of low anxiety, but these effects may not extend to conditions of high anxiety.

Whatever one's reservations are about the methodology employed here, it is important to note that lavender capsules are not bay leaf vapors, even though both likely contain linalool. Lavender oil contains between 25 to 38 percent linalool, whereas the oil derived from bay leaves contain around 4 to 6 percent linalool, and ingestion versus inhalation involve different processes in the body. It is also important to distinguish between the overall effect of smelling a pleasant aroma such as bay leaf smoke or lavender vapors, which can have a general effect on mood, from the specific biochemical mechanism by which substances may affect mood.

Rachel Hertz, a professor of Psychiatry and Human Behavior at Brown University who has studied the interplay between mood and smell extensively, explained in a piece for Scientific American that the most obvious mood-scent link is through associative learning, which she says is especially powerful for the sense of smell:

Odors do affect people’s mood, work performance and behavior in a variety of ways but it isn’t because odors work on us like a drug, instead we work on them through our experiences with them. [...]

In olfaction, the process can be understood as follows: a novel odor is experienced in the context of an unconditioned stimulus, such as surgical procedure in a hospital, which elicits an unconditioned emotional response, such as anxiety. The odor then becomes a conditioned stimulus for that hospital experience and acquires the ability to elicit the conditioned response of anxiety when encountered in the future. This mechanism explains both how odors come to be liked or disliked, as well as how they can elicit emotions and moods.

Teasing apart this kind of effect from from any more specific biochemical method is challenging, and none of the research on linalool or lavender oil is adequate to address the possibility that bay leaf smoke could have a marked effect on anxiety. As such, we rank the claim that bay leaf combustion serves to reduce anxiety as unproven.