It's been more than 50 years since we first landed on the moon. 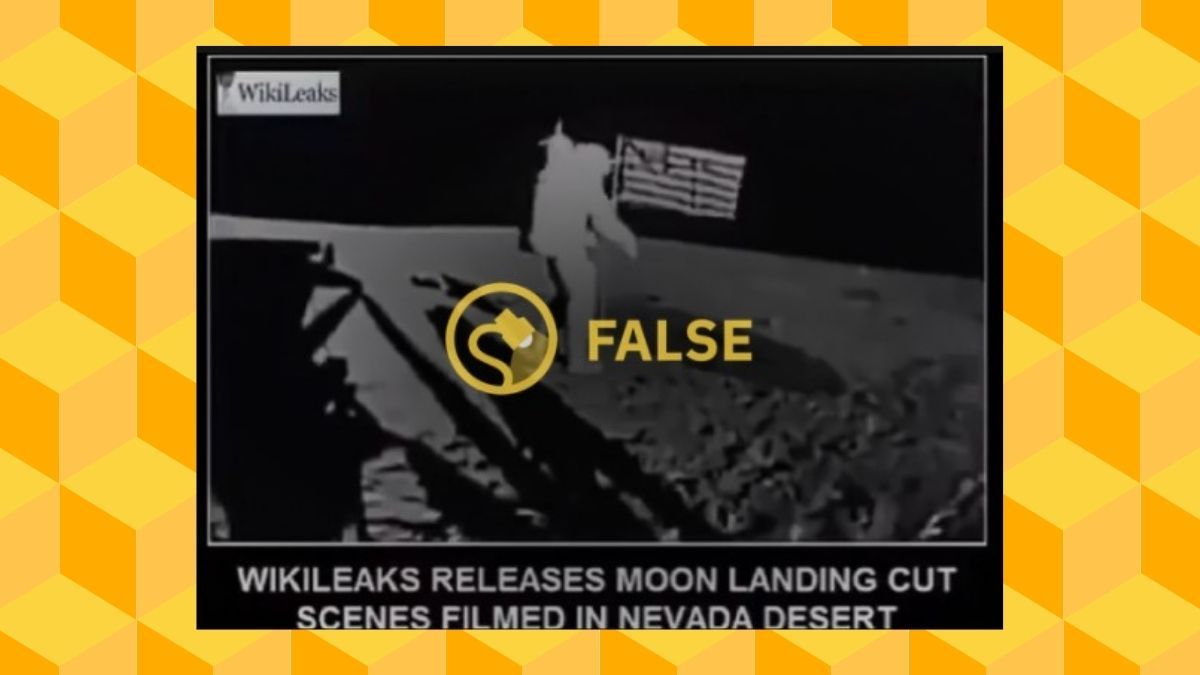 An old video supposedly showing leaked footage from Wikileaks about the 1969 moon landing being "faked" was recirculated on social media in December 2021:

Various versions of this video have been shared on social media since at least 2019. While many of these iterations are only about two minutes long, some longer edits of this hoax video (such as the clip above from Rumble) have also spread online.

This video does not show NASA astronauts pretending to be on the moon while filming a fake moon landing in the Nevada desert. The majority of the clips in this video were actually taken from a behind-the-scenes look at the 1970s movie "Capricorn One." For example, one of the opening clips in this hoax video (at roughly 20 seconds when a person looks at a camera) can be seen around the 2:00 minute mark of the following video from the making of this satirical film.

Another way to tell that this rumor is false is by checking Wikileaks. While this organization has published classified materials in the past, it has not released any footage indicating that the moon landing was fake. We were unable to find this "fake moon landing" video on Wikileaks' website or social media feeds.

Conspiracy theories concerning the moon landing have been circulating practically since Apollo 11 touched down on the surface of the moon in July 1969. But it wasn't until the release of "Capricorn One" in 1978, according to astronomer Phil Plait, that this conspiracy theory moved into the mainstream.

Apollo 11 astronauts Neil Armstrong and Buzz Aldrin stepped onto the lunar surface on July 20, 1969. Even back then, some people were skeptical that the feat was technologically possible. The James Bond movie "Diamonds Are Forever," for example, had a joke about faked moon landings just two years later, in 1971.

But what really propelled the conspiracy theory into popular culture, Plait said, was the 1978 Peter Hyams film "Capricorn One," which portrays a faked human landing on Mars. (Also, a 1976 self-published pamphlet by Bill Kaysing, "We Never Went to the Moon," was popular among conspiracy-minded people of the day.)

That was 40 years ago, but moon-hoax enthusiasts are still with us today.

Here's a trailer for the satirical film:

We've looked into several of these rumors in the past and found that many of them are based on various pieces of media being removed from their original context and then shared with false claims. This photograph, for example, truly shows three people wearing astronaut suits but no helmets. While this photograph was shared on social media as if it was "proof" that the moon landing was filmed on a movie stage, not the moon, the picture was actually taken during an earth-bound training mission three years after the 1969 moon landing. You can see more moon hoaxes here.