Did Scientists Discover Why Wombat Poop Is Square?

The cubed-shaped turds have fascinated wildlife ecologists for decades. 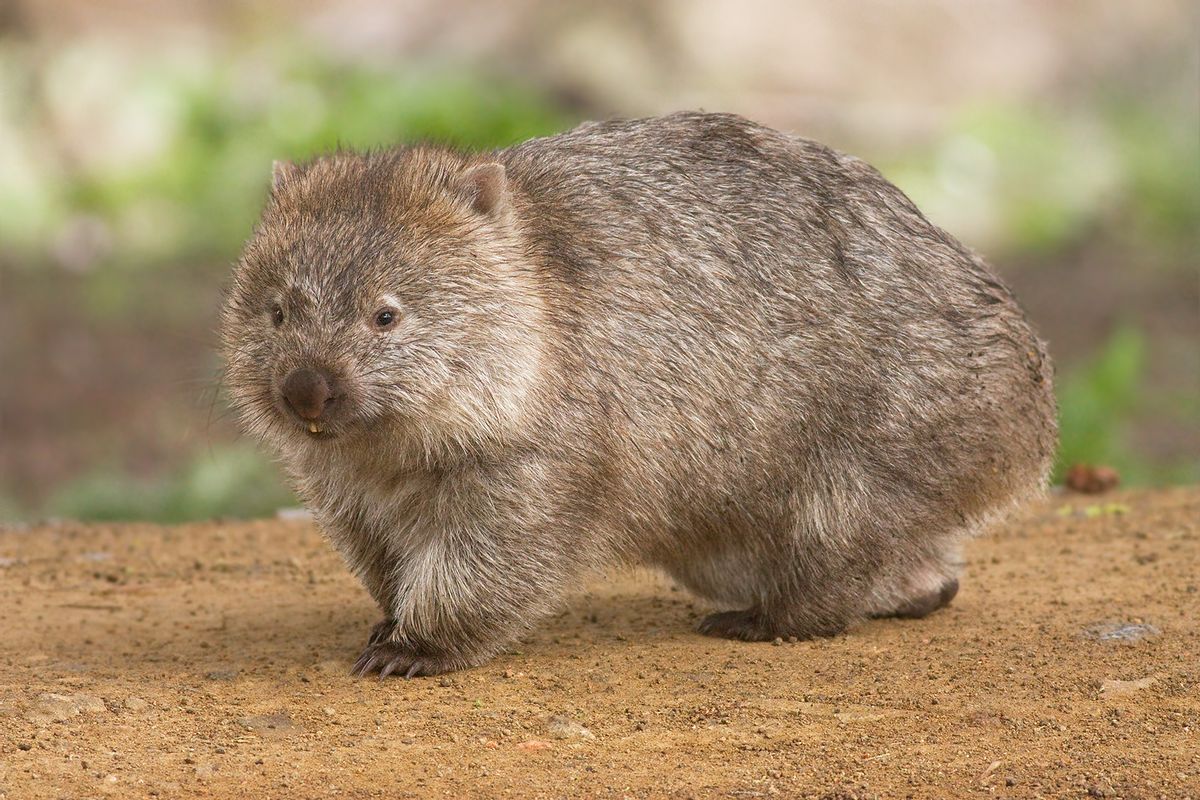 Claim:
In January 2021, scientists discovered that the exceptionally rectangular droppings of wombats are the result of an uniquely evolved gastrointestinal system and not a cube-shaped anus as was previously proposed.
Rating:

The squat, four-legged wombat may be one of Australia’s most charismatic animals, but it is also the only known species in the world that is capable of producing cube-shaped poops. Now, scientists believe they may have finally explained why. In January 2021, an international team of scientists reported that a uniquely evolved gastrointestinal system was likely the result of the Rubik’s cube-shaped scat, and not the result of a square-shaped anus at the point of exit as was previously described.

As opposed to the cylindrical feces that most animals excrete, wombats produce “uniform, clean-cut, cubic feces” that have long mystified the scientific community. The first recorded evidence of wombat poop was obtained in 1960 by Tazmanian zoologist Eric Guiler, who described the “droppings of wombats” as a “characteristic rectangular shape.” Previous work found that the feces change from a liquid-like state to one that is solid, with small, separated cubes and the intestines are not uniform — some parts are more rigid while others are soft.

Research published in the Royal Society of Chemistry’s peer-reviewed (and aptly named) journal Soft Matter on Jan. 2, 2021 suggested that wombats produce their telltale turds through a combination of contractions, timing, and rigidity throughout the intestinal tract. University of Tasmania wildlife ecologist Scott Carver accidentally made the discovery while dissecting a wombat cadaver during mange disease research. CT scans of three bare-nosed wombats — and their anuses — at the time showed that the animals’ sphincters were round and not square-shaped as was previously thought.

But it’s also the way in which their intestines are structured. When humans poop, food travels through the gut over the course of a day or two. A wombat, on the other hand, can take four times as long to extract all of the nutritional and water content, which makes their poop much dryer than humans. Pair that with the fact that wombat intestines are over 33 feet long — nearly 10 times the length of their body — and it becomes apparent that the nimble marsupials needed some extraordinary evolutionary assistance to defecate when needed.

The slow passage of feces through the intestinal tract creates varying stiffness at the end of the intestine. When paired with longitudinal bands that run the length of the wombat intestine, these characteristics cause the intestine to contract differentially. Simulations and mathematical equations showed that it’s these very characteristics that mold and compact poop into a square. And in the very last part of the colon, a region known as the distal colon, the feces go through a final drying-out process before exiting the marsupial.

But why might an animal need square poop to begin with? Wildlife experts suspect that it could be a social or communicative tool that helps wombats thrive and survive in their native southeastern Tasmanian habitat. Wombats will relieve themselves in large piles of poop known as “latrines” that help to mark the entrances to their underground burrows in much the same way as a street sign helps us find our neighbors.

“Bare-nosed wombats are renowned for producing distinctive, cube-shaped poos. This ability to form relatively uniform, clean-cut feces is unique in the animal kingdom," said Carver in a news release at the time.

"They place these feces at prominent points in their home range, such as around a rock or a log, to communicate with each other. Our research found that these cubes are formed within the last sections of the intestine – and finally proves that you really can fit a square peg through a round hole."

Because of its square shape, wombat poop would be less likely to roll off and away from a latrine, further helping the animals communicate where they live and provide directions for visiting friends.

Better understanding why wombats poop in cubes not only lays the framework for informing conservation efforts and management strategies for wombats in captivity, but it might also help us to understand our own colons. In humans, cancer can increase the tension in different areas of the organ. Under one theory proposed by the researchers, it may be that someone with colon cancer may experience similar stiffness in their colon akin to the contractions seen in wombat intestines that might result in feces with sharp edges.

The findings also play into a field of physics called “pattern formation” that describes how shapes and patterns form in nature. Squares, cubes, and straight lines are rarely seen in the natural world and are instead created by humans through cutting. The researchers also say that mimicking processes in nature — and in the wombat intestinal tract — might also help to inform the future development of manufacturing soft materials like plastics into geometric shapes.

“I don’t know if people will be interested in cubic sausages in [the] future, but this could change the way we shape soft matter, or how we can manipulate soft robots,” said Patricia Yang, a postdoctoral fellow at Georgia Tech and co-author of the study.