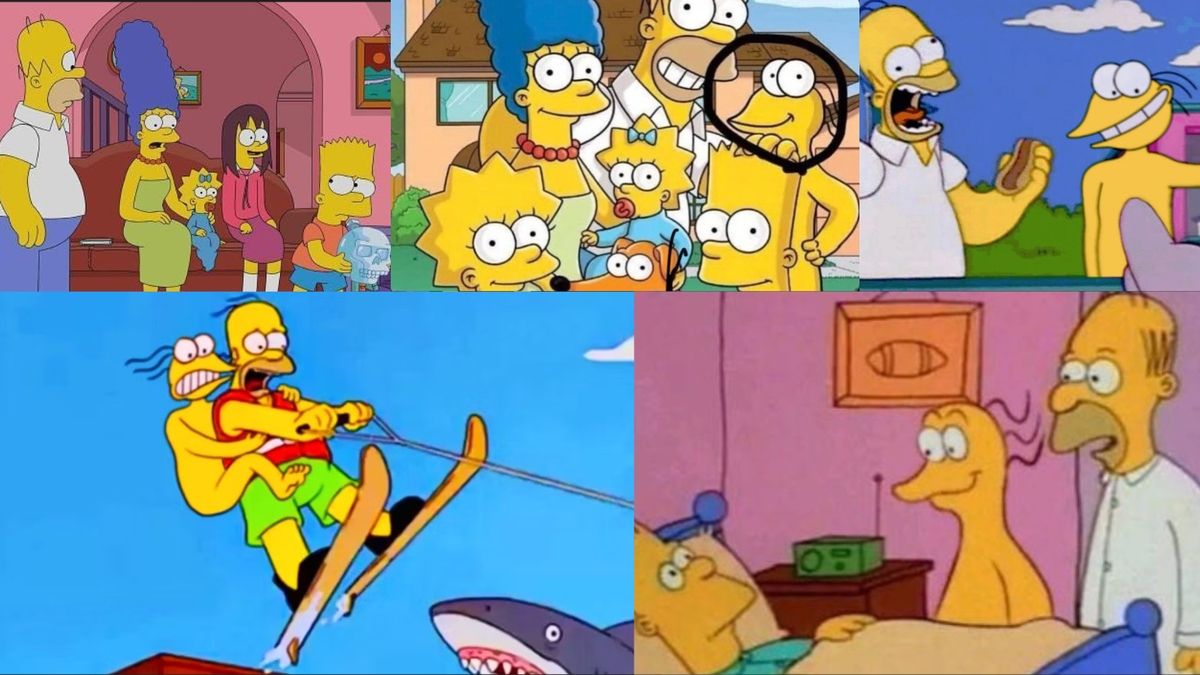 According to an internet rumor, the show once featured an odd-looking character named Graggle (or Gumbly) who has since been lost to history. Neither Gumbly nor Graggle Simpson have ever appeared on "The Simpsons." The above-displayed image has been doctored.

Images of the nonexistent character "Graggle" often circulate along with messages about the Mandela Effect, a term that refers to a collective false memory. For example, many people incorrectly remember comedian Sinbad's starring as a genie in a movie called "Shazam," Ed McMahon's being the spokesperson for Publisher's Clearing House, and former South African president Nelson Mandela's dying in prison in the 1980s (hence, the "Mandela Effect").

In the case of Graggle Simpson, however, we're not dealing with a population of people who truly believe that they remember a nonexistent character. Rather, images of Graggle (or Gumbly) Simpson were created as a hoax in order to mimic, mock, or possibly fabricate an instance of the Mandela Effect. Know Your Meme traced the first instance of Graggle/Gumbly being digitally inserted into a scene with "The Simpsons" back to a 2015 posting on the image board 2chan. While this was the first instance of Graggle being associated with The Simpsons, KYM notes that the character can actually be traced back a bit further to 2011. Before becoming Graggle, the character was known "Nan-j min," one of the mascots of 2chan.

The meme picked up steam in 2021 as internet users started photoshopping this character into actual scenes from "The Simpsons." Some falsely claimed that Simpsons creator Matt Groening introduced the character as a version of himself and that Groening had been inserting the character into the show since its debut season in the 1989. Others falsely claimed that Graggle was a modern phenomenon that was added to the show circa 2015 to attract new viewers. These claims were all false and were based on doctored images. (Sidenote: The Simpsons spoofed the idea of adding new characters to spice up the show in a season 8 episode that featured the "The Itchy & Scratchy & Poochie Show.")

In June 2022, Vice spoke to one of the people attempting to will this nonexistent character into "The Simpsons."

There’s just one snag in the Grag: He isn’t, wasn’t, and never has been a character in The Simpsons; he hasn’t appeared once in all 728 episodes. Where did Graggle Simpson really come from? Why is he currently everywhere? And how is there so much evidence that he exists?

Graggle Simpson was forged in the fires of the imageboard 2chan way back in October 2015. An anonymous user added the character to a screenshot of The Simpsons, and there he stayed until January 2021. Then, another anonymous user – this time on 4chan – posted lore for the stretched-out blob. He called him “Yellow Matt” and said he was a “self-insert character” from Simpsons creator Matt Groening.

“The Graggle meme is kind of like a game – try and fake it as much as you can,” [said Ryan Murphy, a 21-year-old creator from California who runs the channel Nightbane Games]. Murphy thinks Graggle is popular because of our cultural fascination with lost media and creepypasta stories. “The idea that The Simpsons originally featured a character named Graggle, but he was soon completely wiped off the face of the Earth to the point that no one remembers him, is really funny and thought-provoking,” he says.

Graggle Simpson does not exist. And while some people may generally misremember the spelling of "The Berenstain Bears," the claim that a large number of people remember this character appearing on "The Simpsons" is just another internet hoax.

“The Internet Has Willed a New Simpsons Character into Existence.” The A.V. Club, 21 June 2022, https://www.avclub.com/graggle-gumbly-yellow-matt-the-simpsons-poochie-1849088098.