Did the White House Delete an Unflattering 'Orange Face' Photo of Trump?

A photograph posted to an unverified Twitter account sparked claims that the White House had engaged in an attempted cover-up. 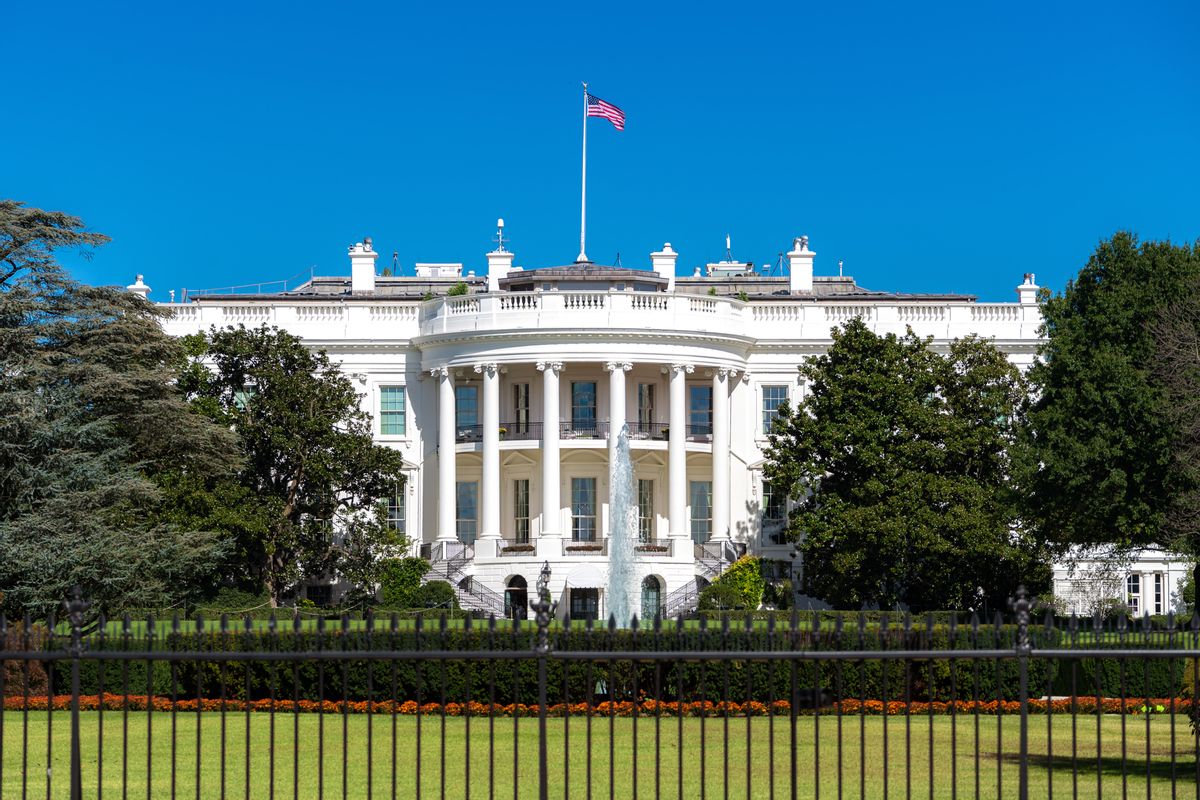 Claim:
The White House posted and then deleted an unflattering photograph of President Trump that displayed marked facial coloration.
Rating:

On Feb. 7, 2020, the Twitter account named "White House Photos" (@photowhitehouse) tweeted a photograph of U.S. President Donald Trump walking across the the South Lawn of the White House that seemingly revealed a marked contrast in Trump's face between the areas of skin that are tanned or colored orange and the pale natural coloring of skin typically covered by his hair:

As Mashable wrote of the picture (circulation of which was driven by the hashtag #orangeface):

You'll immediately notice that Trump's face is glowing orange. I'm talking Big Tangerine Energy here. Definitely more bronzed than usual. Not only is his face clearly covered in tinted makeup or tanner of some sort, but there's also clear line where the makeup ends. Trump's hair is blown back a bit, and his pale scalp halo hovers above what looks like an orange mask.

This photograph triggered plenty of online discussion about whether it had been fabricated or manipulated, along with claims that the White House subsequently deleted it and/or replaced it with a black-and-white version to cover up the embarrassing coloration it displayed:

However, "White House Photos" is an unverified Twitter account which has no official affiliation with President Trump or the White House. That account claims to be run by a photographer named “William Moon,” who is neither the official White House photographer (Shealah Craighead is) nor a member of the White House News Photographers Association. According to Vox, Moon "appears to be a Trump enthusiast who attends White House open press events."

Whoever actually runs it, the "White House Photos" Twitter account is not connected with or controlled by the White House itself, so its actions do not represent or reflect White House interests or policies. So the fact that that same Twitter account later posted a black-and-white version of the same photograph is not evidence that Trump and/or the White House attempted "cover up" the original picture by de-colorizing it (which actually served to heighten the facial contrast) or by deleting it (the original color version remains on the account's timeline):

Trump himself tweeted the (de-colorized) version of the photo, calling it "Fake News" that was "photoshopped, obviously":

As for whether the photograph is "real," the White House Photos account later posted that the picture was not "photoshopped," but "Apple smartphone’s photo app" had been used "to adjust the color of the picture":

Other pictures taken at the same time and place also show a marked "tan line" on the president's face, but not nearly as much bright orange coloration: US President Donald Trump walks from Marine One on the South Lawn of the White House February 7, 2020, in Washington, DC. (Photo by Brendan Smialowski / AFP) (Photo by BRENDAN SMIALOWSKI/AFP via Getty Images) U.S. President Donald Trump walks towards the Marine One on the South Lawn prior to his departure from the White House February 7, 2020 in Washington, DC. (Photo by Alex Wong/Getty Images)

The Independent's indy100 website declared of the "unbelievably orange face" photo that:

It's worth noting that while we're not here to shame anyone for having a fake tan/bronzer/foundation mishap, this is something which has been going on for years.

After being mocked mercilessly and having all the money in the world at his disposal, one would think Trump would at least try and get someone to show him how to apply his make-up properly. Or at the very least watch a YouTube video? PLEASE??

Perticone, Joe.   "Meet the Woman Whose Job It Is to Photograph Every Moment of the Trump Presidency."     Business Insider.   13 March 2019.