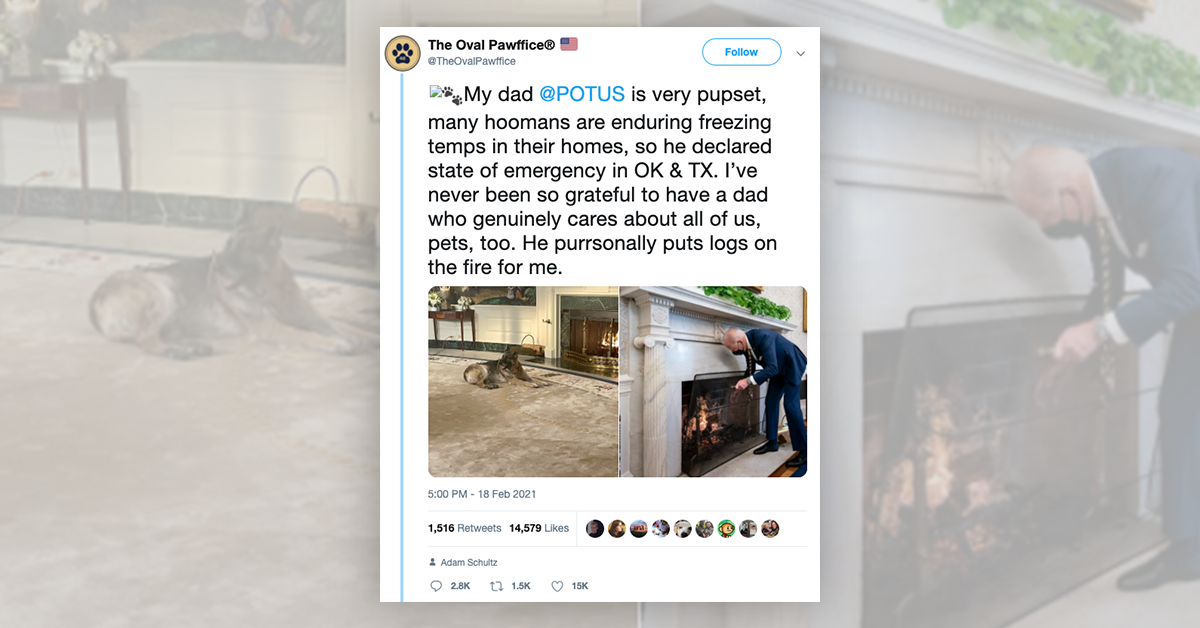 Claim:
In response to the Texas blackouts, the White House made a misguided attempt at doggo humor in a tweet purporting to speak in the voice of President Joe Biden's dog Champ.
Rating:

On Feb. 18, 2020, amid a disastrous winter storm and power grid failure in Texas, a Twitter account named "The Oval Pawffice" tweeted the purported thoughts of the first dog, Champ: The tweet and its message received mixed to negative reviews. More importantly, however, some online believed the message to come from an official White House branded Twitter account.

But that is not the case. The account, at the time of this reporting, has been suspended, but when it was still active, the account's biography stated it was "NOT pawfficially affiliated with the [White House]." For that reason, the claim is "False."