Has White Claw Released a New Hard Seltzer With More Booze in It?

"We know some consumers are looking for a higher alcohol option from White Claw," a company spokesperson said, "that's what White Claw Hard Seltzer Surge delivers." 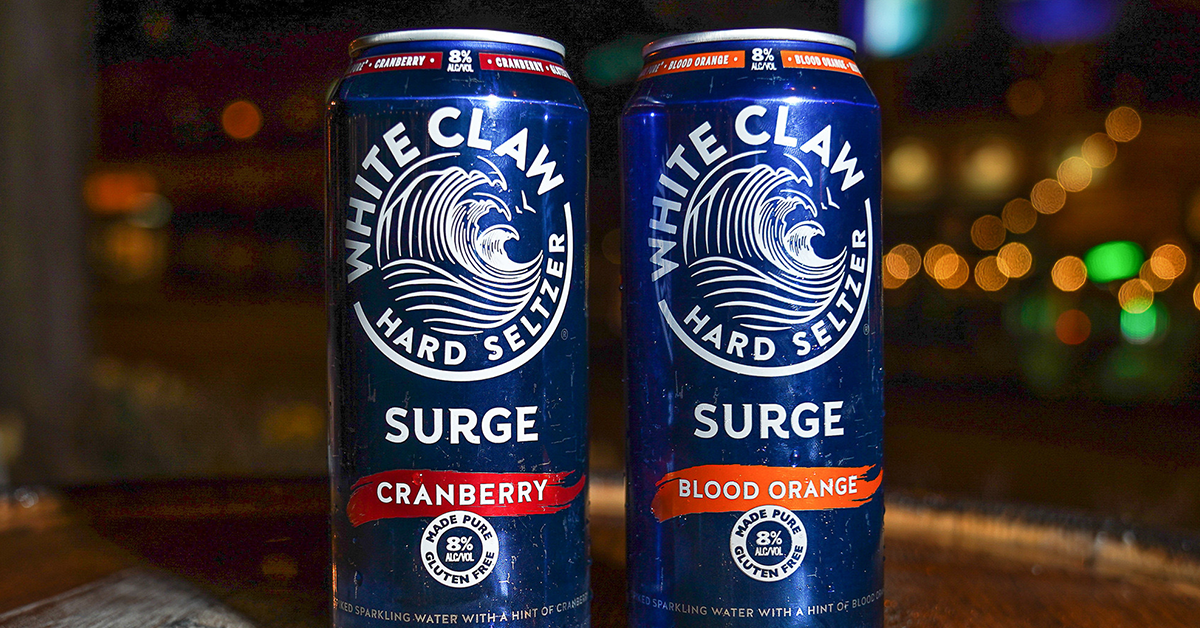 On April 15, 2021, boozy seltzer company White Claw announced the launch of a new line of hard seltzer drinks named White Claw Surge. These new drinks come in a bigger can and have more alcohol in them compared to previous products:

"We know some consumers are looking for a higher alcohol option from White Claw®, and that's what White Claw® Hard Seltzer Surge delivers," said Shea.

How does this newer and boozier White Claw affect your future? A handy White Claw to White Claw Surge conversion calculation provided by twitter user Vin Fodera may provide some useful guidance:

Because the product is real and accurately described, the claim is "True."