Is the Wheel of Fortune 'Clam Digger' Video Real? 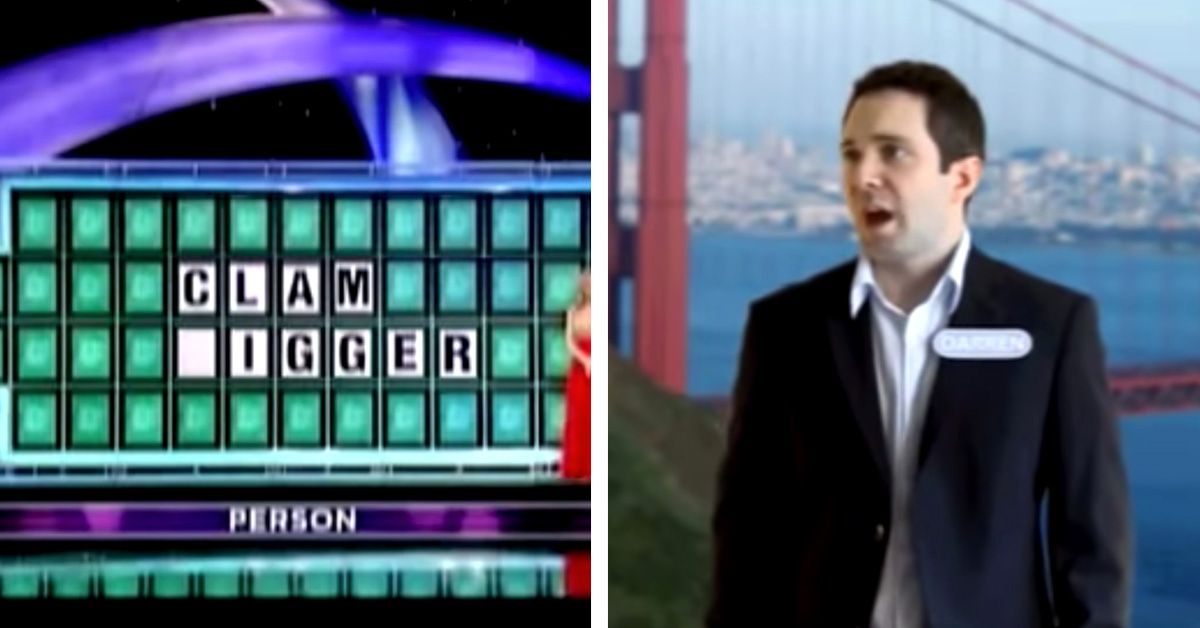 Claim:
A contestant on "Wheel of Fortune" made an unfortunate letter choice for a "Clam Digger" puzzle.
Rating:

On Dec. 17, 2020, TikTok user @mostlyh2o reposted an old game show video that purported to show a contestant on "Wheel of Fortune" making an unfortunate letter choice. The puzzle in the video said "Clam _igger," with one letter missing. The answer appeared to be "Clam Digger," but a contestant named Darren guessed the letter "N" instead of "D."

The TikTok video was viewed more than 2 million times in less than a week. Meanwhile, four versions of the same video that have been available on YouTube for years received view counts of 1.1 million, 847,000, 153,000, and 63,000.

But the "Wheel of Fortune" video was edited, not real. The "Clam Digger" puzzle with a man guessing "N' instead of "D" was not a genuine moment from the game show but rather apparently used a low-quality, green-screen effect to present Darren, the fake contestant: Had this moment aired on TV, it would have been reported on by multiple news organizations and countless blogs. We found zero news stories that reported on the purported letter choice because it did not happen.

TikTok and YouTube commenters pointed out that the "Wheel of Fortune" clip resembled a moment from the Comedy Central animated TV series "South Park," in an episode titled "With Apologies to Jesse Jackson" that featured the character named Randy Marsh guessing the wrong word on "Wheel of Fortune":

The episode first aired on March 7, 2007, more than four years before the oldest upload date for the "Wheel of Fortune" faked video with the "Clam Digger" puzzle. It's possible that the "Clam Digger" video may be older than May 4, 2011, but the "South Park" clip appeared to come first.

At least one YouTube commenter claimed that the man in the "Clam Digger" video had been interviewed in the past and admitted the clip was fake. However, we were unable to find any such interview. If any readers locate more details on the background of the faked video, feel free to contact us.

For further reading, in 2015 we reported on a rumor that Vanna White would no longer be appearing on "Wheel of Fortune."