Is This a Photo of Two Whales Beneath the Samuel De Champlain Bridge? 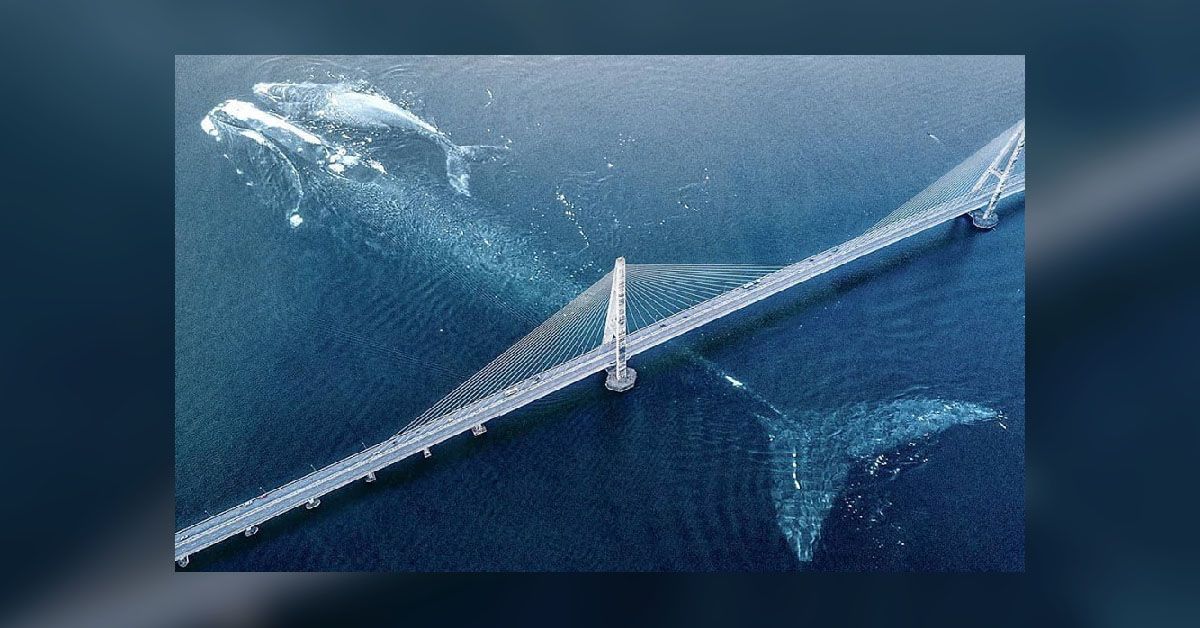 On July 28, 2019, an image supposedly showing two large whales swimming beneath the Samuel De Champlain Bridge in Quebec, Canada, started going viral on social media (with the caption "One of the largest blue whales ever caught on camera during a helicopter ride today":

This is not a genuine photograph of a whale and its calf beneath the Samuel De Champlain Bridge. This is a composite of at least two different photographs that was created by digital artist Umut Reçber.

Recber posted this image to Instagram on July 26 along with the caption, "Mother." Recber, whose Instagram page carries the quote "everything you can imagine is real," also penned a brief note explaining that the image was a composite and not a genuine photograph:

NOTE: This is my own digital manipulation study. It was created by bringing two photos together. Photoshop was used as a tool. Thanks to everyone who conveyed their best wishes to me for the artwork I have done. I hope you will be pleased with my work. Good day to everyone.)

We're not entirely sure which bridge is pictured in this composite. The original image is available via stock photography websites and doesn't feature any large whales swimming beneath the bridge. Here's a side-by-side comparison of the composite image (left) and the original (right):