Does This Photograph Show Whales Breaching Near a Small Boat?

A whale of a picture, impressive at any scale. 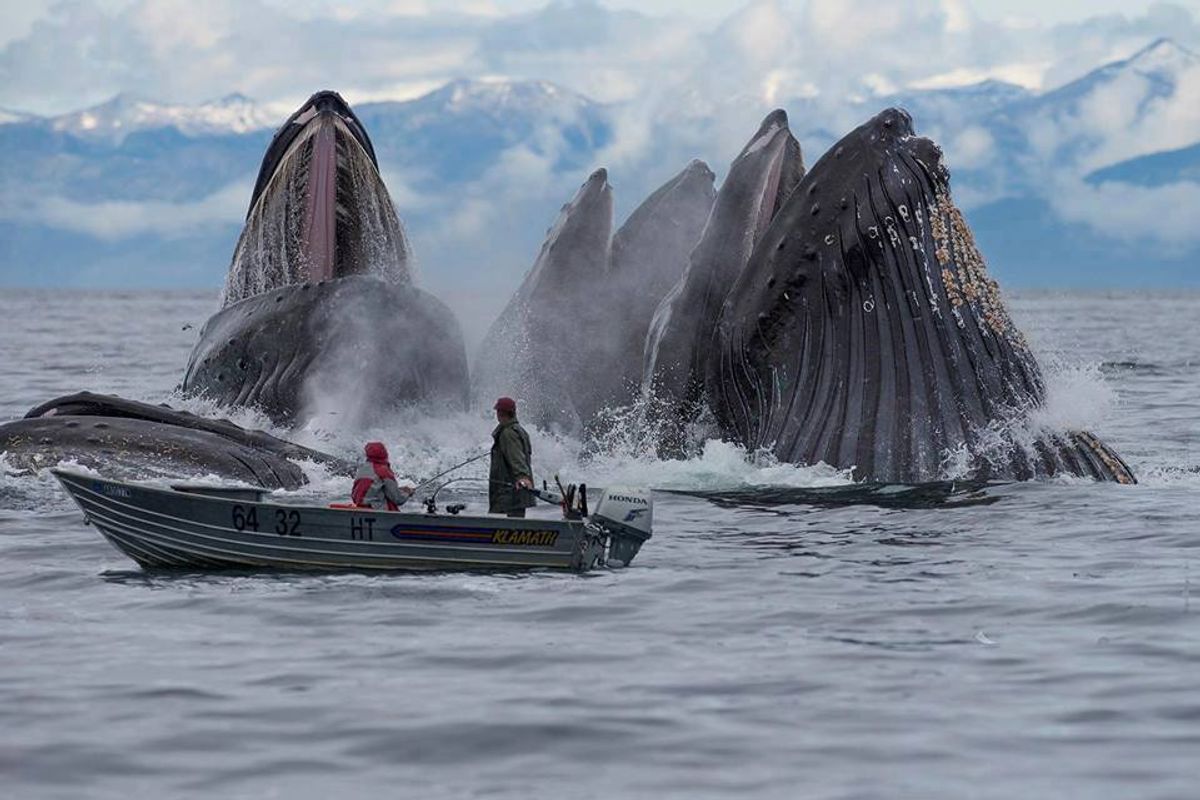 This image is, however, a composite of at least two different pictures.

The original photograph, showing just the whales, was taken by photographer Scott Methvin and uploaded to his Facebook page on 6 January 2016, and the boat was added to the foreground later: While Methvin didn't initially post the image with a message informing viewers that it had been digitally altered, he did post a follow-up photograph showing how a boat would actually look next to the whales: When another Facebook page shared the image and attributed it to a different photographer, Methvin chimed in to claim ownership of the photograph, explaining how and why he created the image:

This is my PHOTOSHOPPED image. Someone took my name off of it. I did it for fun and took two photos and combined them. The (other photographer) grabbed it from a mutual "friend." The scale is rediculous and was funny to me, so I made it. It is actually my first PS composite I ever made. Given the viral nature of this image, maybe I should make some more and do a cleaner job.