Is This a Whale in a Venice Canal?

A photograph purportedly showing a large whale swimming through a canal in Venice was digitally manipulated. 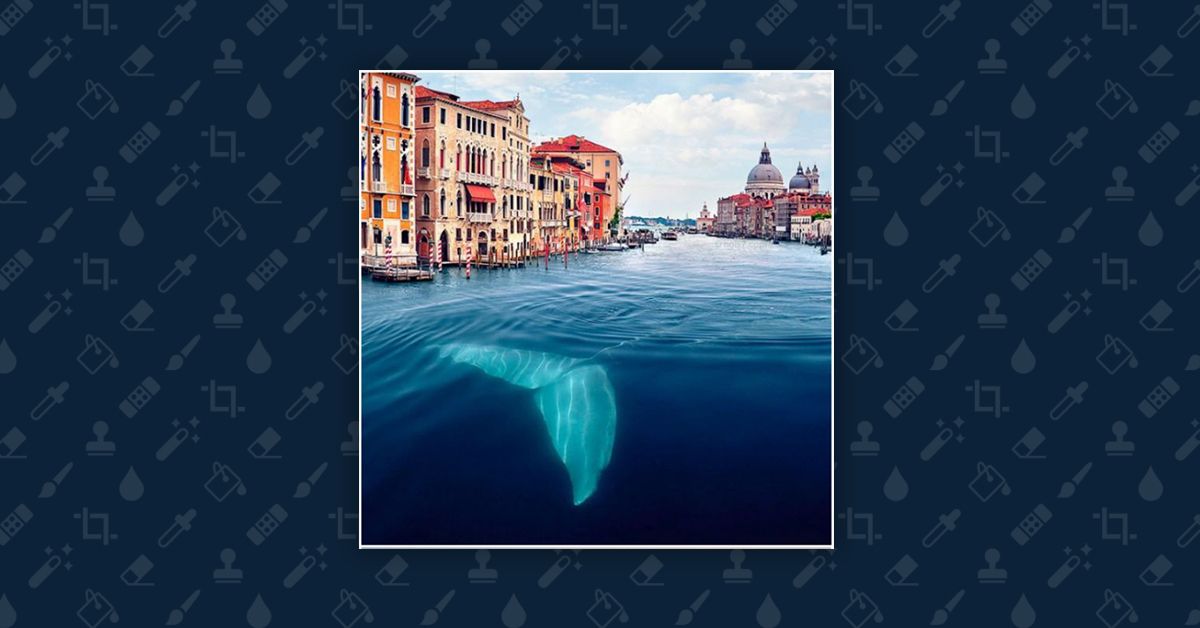 Claim:
A photograph shows a large whale swimming through a canal in Venice.
Rating:

Venice, Italy, a city built on more than 100 little islands, is famed for its canals and bridges. A set of photographs purportedly showing large whales swimming through those canals are frequently circulated on social media:

All three of these images were created by Robert Jahns (Instagram user Nois 7) who has garnered a large following for his photo manipulations. (We previously covered his doctored image that appeared showed a massive waterslide in Dubai.)

Although Jahns first shared these images with simple captions such as "whale in Venice," his later posts acknowledged that they were "artworks."

"When I started my Instagram account 2 years ago I saw that many artists had success. I wanted that many people [to] see my work and I wanted to inspire them and exalt their imagination. That's what I am able to do nowadays, it's a passion."