Does This Photograph Show a Seal Hugging a Beluga Whale?

Are these mortal enemies in the food chain really making nice with each other? 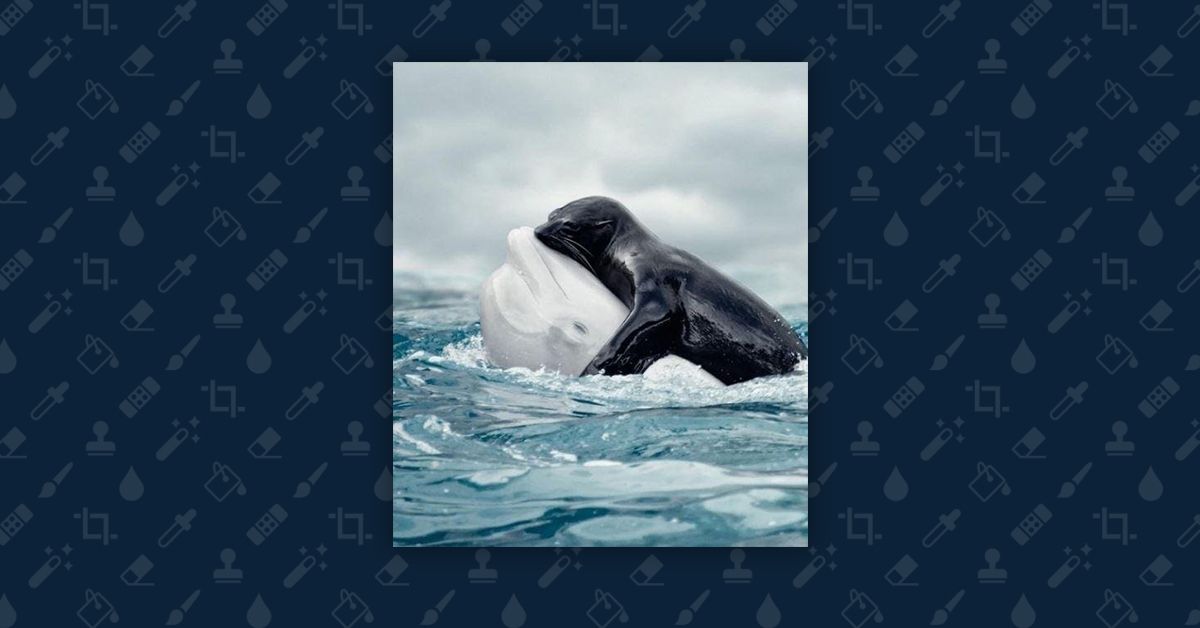 In June 2017, an image purporting to show a sweet moment between a seal and a beluga whale went viral on social media: Although the image was often shared along with a description calling it an "incredible shot", thereby insinuating that it is a genuine photograph, it does not show an actual moment.  This a piece of digital art originally created by artist Elena Vizerskaya (and available via the "creative" section on Getty Images).

A statement on Vizerskaya's web site explains that her artwork is a mix of collage, digital manipulation, and graphic design:

Welcome to the magical and mysterious world of Elena Vizerskaya aka Kassandra. Collage, photo-manipulation, photo-design are rather only the technical features of Elena's approach that allow her to create uncommon and often surrealistic worlds perceived by a spectator intuitively, on the emotional level. It is a special space that looks rather like a dream filled with reflections and allusions. A space where many things meant to be felt, not understood, where you come back  again and again. Vizerskaya's business partner told us in an e-mail that it is a digital composite:

It's a composited digital image - the seal and beluga whale didn't really hug each other in real life, but they did that in Elena's heart and imagination.
If you check (for example, at her site www.levitazio.com) many Elena's artworks are unbelievably unusual combinations of very different elements. After all, she's one of the best photo artists on the planet (called the best photo artist in the world in 2016 at the largest photo competition in the world).

That so many people were convinced that the image was a genuine photograph is a testament to the realistic quality of her decidedly surrealistic art.