Did Former Wells Fargo CEO Say 'Some May Even Die'?

Richard Kovacevich didn't deny he said this about employees returning to work amid the coronavirus pandemic; however, he did point out some context was omitted. 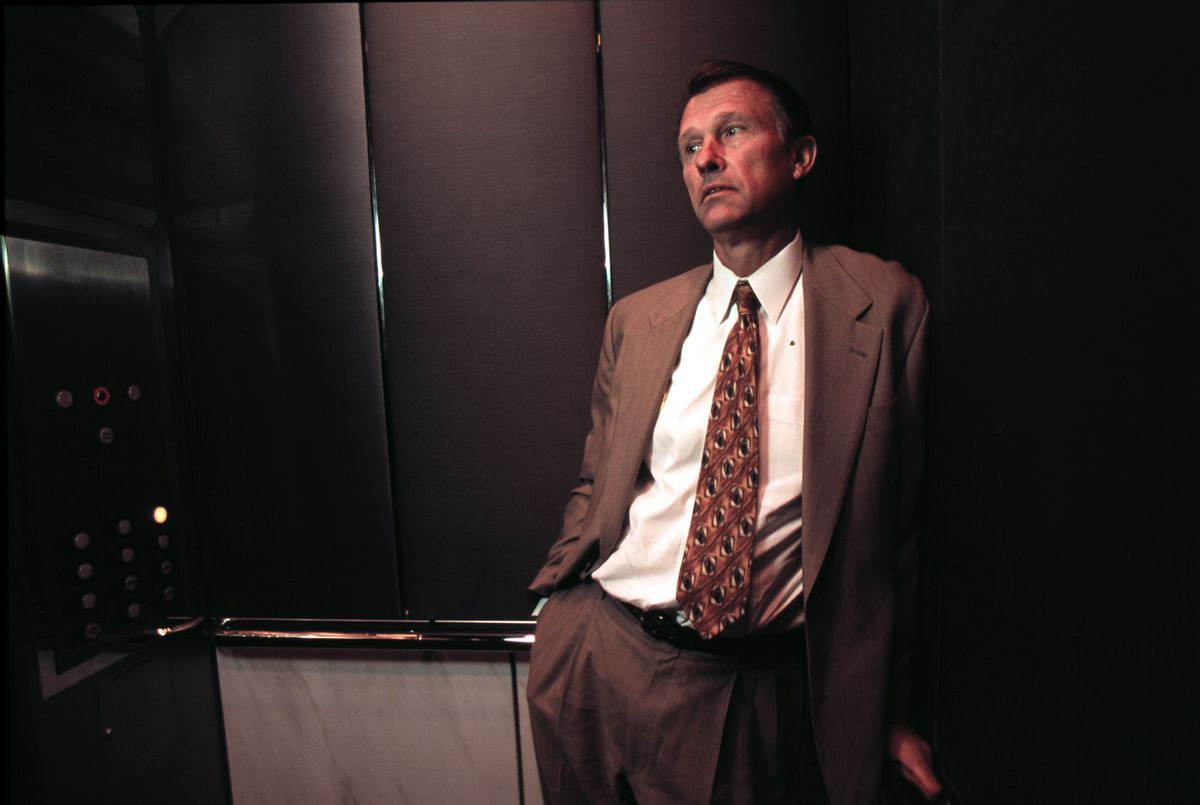 Claim:
In regards to reopening the economy during the COVID-19 pandemic, the former CEO of Wells Fargo stated, "We’ll gradually bring those people back and see what happens. Some of them will get sick, some may even die, I don’t know."
Rating:

In late March 2020, controversy erupted when U.S. President Donald Trump suggested that, despite a deadly COVID-19 pandemic with a rising death toll, Americans should end social-distancing measures and return to work by Easter in order to avert further harm to the economy.

Trump's suggestion flew in the face of the recommendations by health experts, as well as a number of locally-mandated social distancing and shelter-in-place orders. It also raised fears that encouraging people to go back to work before the disease was contained amounted to putting a price on human life.

But Trump staffers, supporters, right-wing media personalities, and the president himself all expressed concern that shutting down the economy could be a cure worse than the disease.

Amid this debate, national politics and financial news outlet Bloomberg published an article headlined, "Billionaires Want People Back to Work. Employees Aren’t So Sure." The story contrasted the fears expressed by one front-line service worker worried about contracting COVID-19 against comments by wealthy business leaders who worried about further damage to the economy if lockdowns persisted. Former Wells Fargo CEO Richard Kovacevich was quoted as one of the latter.

Kovacevich, who was CEO of Wells Fargo until 2007 and chairman until 2009, was quoted in the article as saying:

We’ll gradually bring those people back and see what happens. Some of them will get sick, some may even die, I don’t know. Do you want to suffer more economically or take some risk that you’ll get flu-like symptoms and a flu-like experience? Do you want to take an economic risk or a health risk? You get to choose.

The statement resulted in considerable blowback. And subsequent headlines didn't help matters for Kovacevich: "'Some may even die, I don't know': Former Wells Fargo CEO wants people to go back to work and 'see what happens,'" read one from Business Insider.

In a followup interview with CNBC two days later, Kovacevich said he felt the remark wasn't placed within the the proper context in the Bloomberg article.

Kovacevich explained that he meant people should start returning to work after various regions in the U.S. had succeeded in "flattening the curve," meaning when a steep increase of COVID-19 cases had leveled out to more manageable numbers. He gave examples of China, South Korea, Singapore, and Taiwan, which he claimed had succeeded in doing so and commenced restarting their economies after about a month on lockdown.

Here are Kovacevich's comments on CNBC in full:

I would say I was misquoted in that interview. There was a lot of context that was omitted. What I think is that we need, we do need to get people back to work as soon as it is safe to do so. This is not just for economic reasons. Those of us who have been in San Francisco and in lockdown now for almost two weeks. It's really not a healthy and enjoyable experience either physically, mentally or psychologically. It is devastating economically, especially for low-income workers. So if I were the president I would be taking the advice of Dr. Fauci who appears to be a very knowledgeable and experienced and balanced professional, about when it's right to go back to work.

But here's the way I look at this. I think actually San Francisco and the Bay Area is a good test case. We don't know a lot about the virus. But we do know that there have been countries around the world who went into very serious lockdown just like the Bay Area has done. And after about a month or so, it appears that you see a bend in the curve and the virus appears to be under somewhat control. We don't know what happens until they go back to work again. That's the point that I was trying to make. There is a risk of course, whenever you go back to work. But within a month, China, South Korea, Singapore, and Taiwan, have started to put their people back to work. I think the Bay Area, if not the first, was certainly one of the first to put the lockdown down, and that was in the middle of March, March 15. So the next two to four weeks, we will either see the bend in the curve or we will not.

If we see the bend in the curve, then I think the next step is to do three things. To continue the lockdown to the most vulnerable part of the population, which everyone seems to agree is people over 60 years old or so, and especially those who have other difficulties, medical difficulties. Secondly, anybody who is sick or gets sick has has to self-quarantine themselves, whenever that occurs. And then thirdly, we should take those that seem to, when they get the virus, that it's more like just flu experience. And that's the vast majority of people who are healthy and under the age of 55 or so. I think they should be allowed to go back to work if they want to go back to work. You don't force them to go back to work, if they're concerned about it they shouldn't.

But we do it in a very conservative way. We still should have six feet between individuals, we should have restaurants that have tables that are six feet away, again if anyone gets sick they have to self-quarantine, and we'll see if indeed -- again this is when we think, or not think, we know that the curve has bent, and see what kind of response we get. If it seems to be going well, we continue to allow more people to come back, if it isn't, you stop again and go back into lockdown. And that's what I basically said in the interview. It didn't come out that way.

In an email a spokesperson for Bloomberg told us, "We stand by our reporting."

Lal, K.K. Rebecca and Keith Collins. "Which Country Has Flattened the Curve for the Coronavirus?"   The New York Times. 19 March 2020.

Updated with quote from Bloomberg spokesperson.