Is Austria Home to a Town Named Fucking? 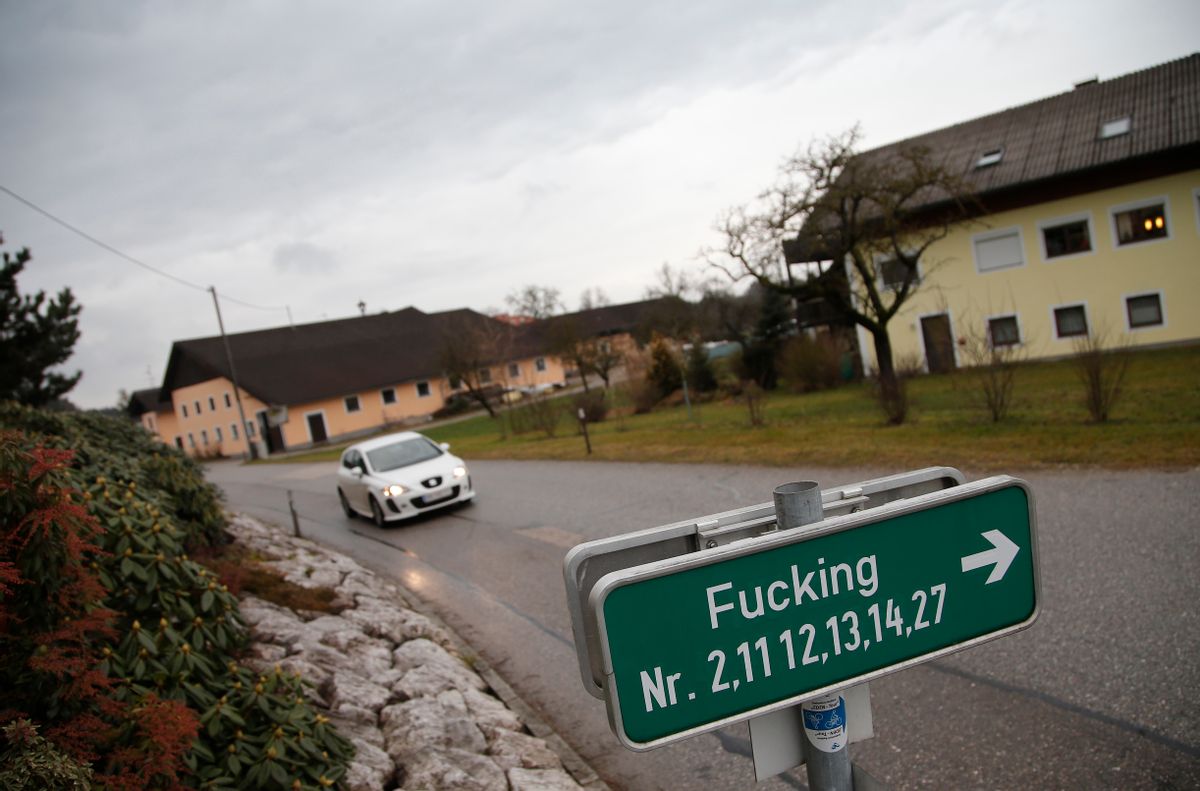 Claim:
Austria is home to a town called Fucking.
Rating:

Austria was once indeed home to a town called Fucking, a name derived from that of Focko, a sixth-century Bavarian nobleman. The following unattributed text made the rounds online all the way back in the year 2000:

Tourists are causing a lot of anxiety — and are costing money — to a tiny village where signs keep disappearing. What do the signs read? "Welcome to Fucking, Austria." Pronounced "fooking," the little hamlet of Fucking is named after the man who founded the village in the 6th century. His name? Focko. The town sign has been stolen seven times in the last few months. With signs costing several hundred dollars apiece, much of the tiny town’s budget is being spent replacing the signs, says Siegfried Hoeppel, the Mayor of Fucking. He went on to express his hope that further thefts will be avoided through the use of increased concrete and … bigger screws.

In 2012, The Telegraph published that residents were considering a change in spelling for the town's name. The locals truly did have quite a problem dealing with stolen signs:

For centuries, the tiny village in northern Austria lived life in happy obscurity, but life changed when U.S. troops, stationed in the area at the end of the Second World War, discovered it, and since then the village's name has been a constant source of amusement for tourists and irritation for locals.

At least 13 £250 road signs bearing the village's name have been stolen, and the sight of semi-naked women posing for photographs beside signs has become a common sight. One local business woman, exasperated with people stealing her sign has taken to adding another "g" in the hope it will deter thieves.

A brisk market in postcards and Christmas cards making liberal use of the name have also managed to spread its fame.

In an attempt to curtail the fun had at the village's expense some locals want to readopt its 16th-Century spelling and replace the "ck" with a single or double "g."

One sign carried the hilarity even further: "Bitte — nicht so schnell!" is German for "Please — not so fast!" (Evidently, this type of sign is a commonplace reminder in those parts for motorists to keep their speed down to protect children, but many viewers find the unintended double meaning in this case particularly amusing.)

Two decades after this story was written, we published a new article that detailed how the new name of Fugging became official on Jan. 1, 2021.

Reuters shared a video in late 2020 to document the name change. Their report also made mention of a German mountain that also had a curious name: The Wank.

On Oct. 17, 2022, the rating for this story was updated from "True" to be "Outdated." The body of the article was also updated to reflect the writing style of The Associated Press. Pictures were also removed and replaced.