The claim that marijuana dealers are using the game to sell "weed needles" comes from a satire page. 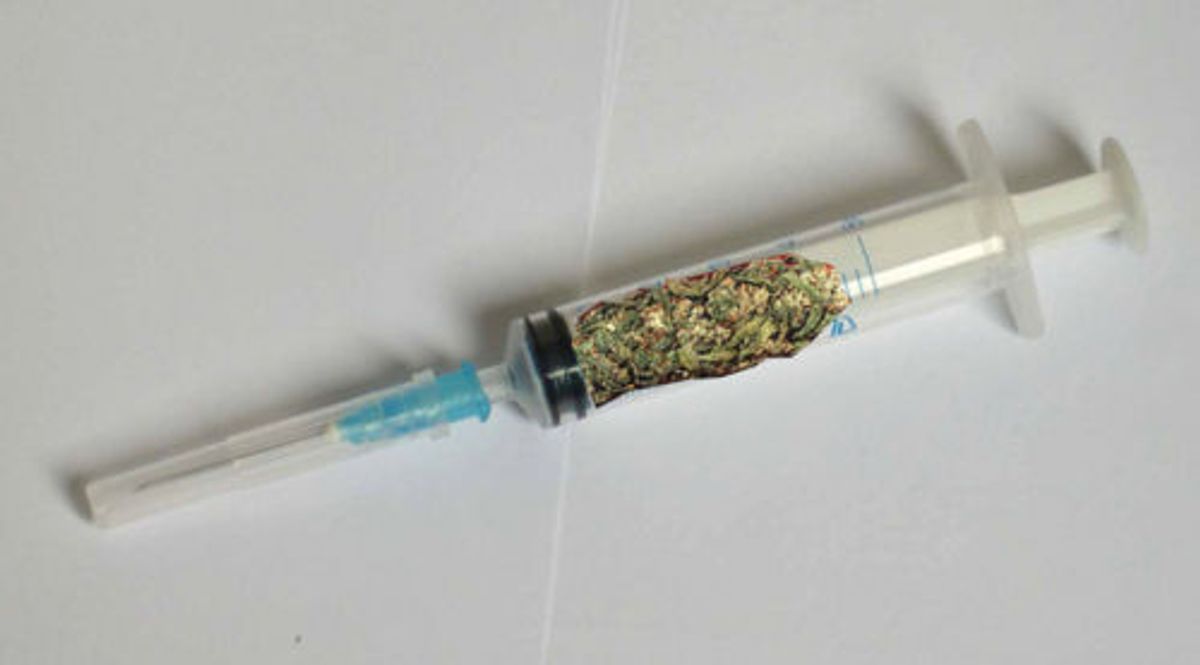 A meme generated by a satirical Facebook page called "Christians Against Drugs" claims that the popular Pokémon GO augmented reality game app is being used by children to buy "weed needles" from marijuana dealers. The meme reads:

Aside from the fact there are only about 7 billion people living on the planet, marijuana is not injected:  it's taken orally, sublingually or by way of inhalation. It can also be used topically. The text accompanying the meme makes it clear it's intended as satire:

After overhearing my embarrassment of a grandson, Craig, tell his friend he had just "caught a weedle" using the highly dangerous "Pokeman Go" app, I was naturally horrified! After detaining my grandson in my contemplation chamber to undergo 72 hours of self-flagellation and prayer, I decided to find out just how easily children were able to get their hands on drugs using this so-called "game".

My hands trembling with fear, I "downloaded" the app and my research began. After being bombarded with images of various satanic creatures, occultist symbols and words, I set off in search of the dreaded "weedle", my crucifix clutched tightly to my chest.

The author of the post concludes by claiming to have performed an "emergency baptism" on a virtual Pokemon creature.

HALLELUJAH ! Christian parents, heed my call ! SAVE your children from injecting Satan's Spinach ! BAN Pokeman Go in your family NOW !! The caption on the photograph urges fans to vote for "Donald Tramp:"

Although we live under our sovereign the QUEEN (Agnes) , we at Christians Against Drugs recognise a healthy , Christian leader when we see one . Americans , please Vote for Donald Tramp!

If you need further proof the page is satire, a recently-posted meme features a picture of singer Susan Boyle, along with the words "Swap your bong for a Christian song!"