Weather Channel Reporter Braces in Storm That Leaves Others Unaffected

A video clip of a report captured during Hurricane Florence appeared to show some very selective heavy winds. 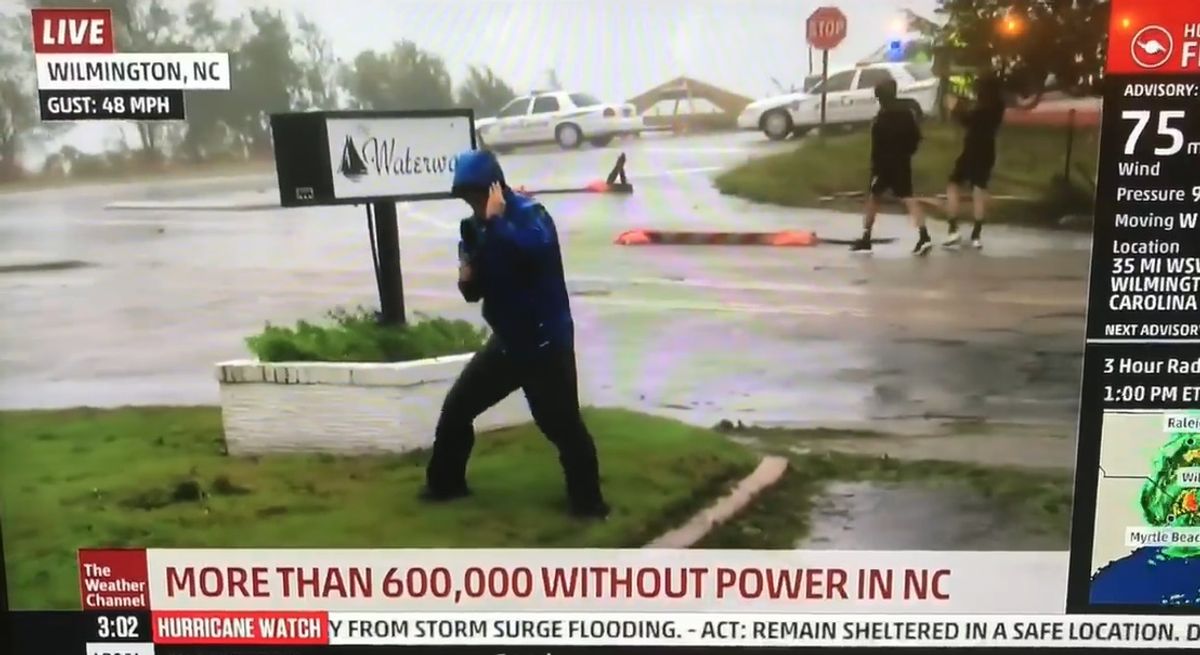 Claim:
A video clip shows a Weather Channel reporter struggling against hurricane winds that seemingly did not affect other persons nearby.
Rating:

A ubiquitous part of severe weather reporting on television is the intrepid reporter standing out on a street amidst the gale force winds and pounding rain of an approaching hurricane, admonishing his audience not to emulate his example and to instead stay indoors (or leave the area altogether).

That scenario played out during Hurricane Florence in September 2018, as Weather Channel correspondent Mike Seidel reported live from Wilmington, North Carolina, in a segment that showed him valiantly trying to brace himself against heavy winds and remain upright long enough to describe to viewers what being wet feels like, informing his audience that "This is about as nasty as it's been."

The dramatic effect was somewhat ruined, however, when sharp-eyed watchers noticed young men in short pants strolling by in the background behind Seidel, seemingly unaffected by the winds that supposedly threatened to topple Seidel were he not vigorously bracing against it:

Seidel's "acting" job garnered him a fair amount of ridicule on social media:

The Weather Channel acknowledged the authenticity of the clip and rationalized Seidel's reporting by offering the statement that "It’s important to note that the two individuals in the background are walking on concrete, and Mike Seidel is trying to maintain his footing on wet grass, after reporting on-air until 1:00 a.m. ET this morning and is undoubtedly exhausted.”