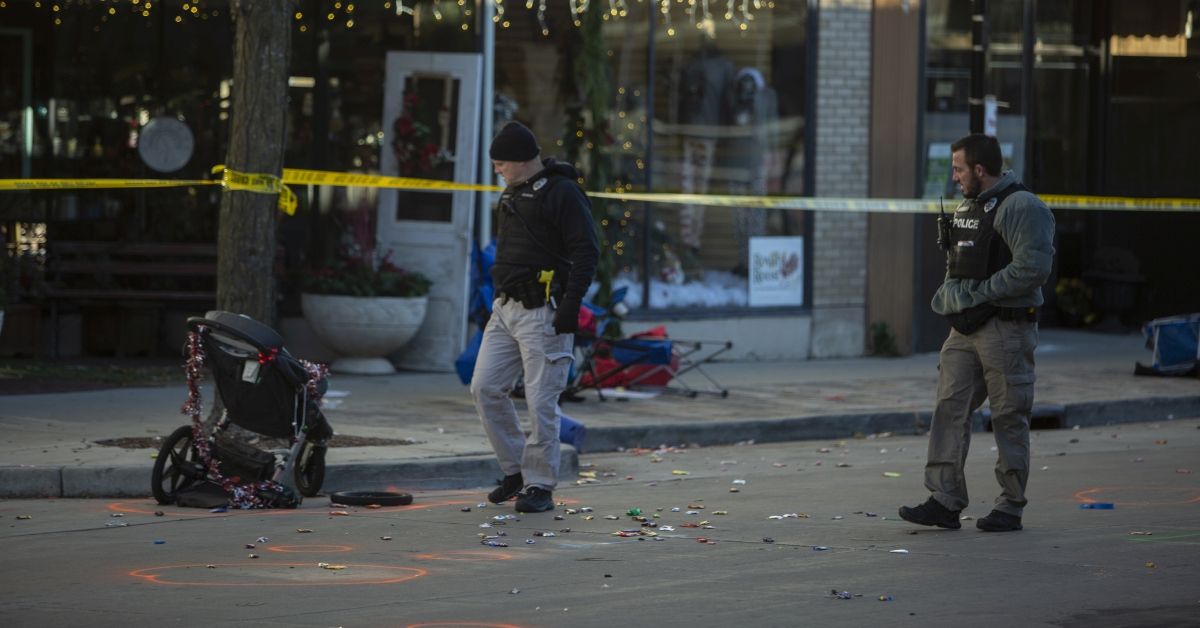 The Waukesha Police Department named Milwaukee resident Darrell E. Brooks, 39, as the suspect in the parade fatalities. Brooks is a registered sex offender, and was out on bail at the time the incident occurred.

As of this writing, there isn't enough evidence to determine whether Brooks was fleeing from another crime when the parade incident occurred.

In November 2021, rumors swirled online in the aftermath of a major incident in Waukesha, Wisconsin, in which an individual driving an SUV appeared to plow into crowds attending a Christmas parade, killing at least five people and injuring dozens.

On the evening of Nov. 21, police officers said they had a person of interest in custody. The day after the incident, on Nov. 22, Waukesha Police Chief Daniel Thompson named him as Darrell E. Brooks, 39, a resident of Milwaukee, adding that authorities intended to charge him with five counts of first-degree intentional homicide.

In the hours after the incident, social media platforms were already rife with various claims about the background and past convictions of Brooks. Below, we analyze a selection of the most significant and widely shared rumors about the alleged Christmas parade assailant, in the 24 hours after the fatal incident. This collection may be updated, if and when further significant claims or conspiracies emerge.

An example of posts making this claim can be found here. In May 2006, prosecutors in Washoe County, Nevada, charged Brooks with one count of statutory sexual seduction, a felony defined in Nevada law as sexual intercourse or penetration "committed by a person 18 years of age or older with a person under the age of 16 years."

The details of the case were not immediately available. However, we do know that it was elevated to the 2nd Judicial District Court, where Brooks went on to plead guilty as part of a plea agreement, in November 2006.

In 2016, Washoe County prosecutors charged Brooks with violating Chapter 179.D.550 of the Nevada Revised Statutes, which requires convicted sex offenders to properly register with local law enforcement agencies, and to inform them of address changes.

Brooks Out on Bail During SUV Incident

Examples of that claim can be found here and here.  On Nov. 5, prosecutors in Milwaukee County charged Brooks with several counts, including domestic abuse, battery, jumping bail, and resisting an officer: According to court records, Brooks had pleaded not guilty to those charges, and on Nov. 19, he posted his $1,000 bail bond. The next scheduled hearing in that case was set for Dec. 20, 2021. Therefore, it was accurate to state that Brooks was out on bail on unrelated charges, in Milwaukee County, at the time of the parade incident in nearby Waukesha.

Brooks Was Fleeing From Another Crime

In the hours following the parade incident, the possible motivations of the individual driving the SUV in Waukesha were the subject of intensive online speculation, with some positing that the incident must have been an "act of terrorism."  However, several outlets indicated otherwise. For example, CNN reported that:

There are indications the Waukesha suspect was fleeing another incident when he drove into the parade route, according to multiple law enforcement sources familiar with preliminary investigation findings.

Four senior law enforcement officials had said that a person of interest who may have a significant criminal history was being questioned overnight, with investigators probing the possibility that the driver had been fleeing an earlier incident involving a knife fight.

A law enforcement official told The Washington Post that suspect Darrell Brooks, 39, was at the scene of a reported knife fight, then sped away in the red SUV when police arrived at that scene. Brooks was allegedly behind the wheel when it drove into the parade route...The law enforcement official told The Post that Brooks has a number of prior criminal arrests, but investigators have not yet found anything tying the vehicular violence to any sort of terrorism or ideology. So far, it appears his main intent was to escape the police at the prior incident, the official said.

At a follow-up news conference on Nov. 22, Waukesha Police Chief Thompson said Brooks was involved in a "domestic disturbance" "just prior" to the parade incident, and insisted there was "no evidence this is a terrorist incident," and said his department had no information to suggest that Brooks knew anyone in the parade.

The early indications from local law enforcement, both on and off the record, strongly suggested that Brooks had indeed been moving quickly away from the scene of an unrelated altercation and/or crime at the time of the Christmas parade incident. However, we have not yet seen underlying evidence linked to this specific claim, so we cannot yet reach a definitive conclusion on it.  As a result, we are issuing a rating of "Unproven" on the claim for now.