Does This Waterpark Slide Launch People Into the Air? 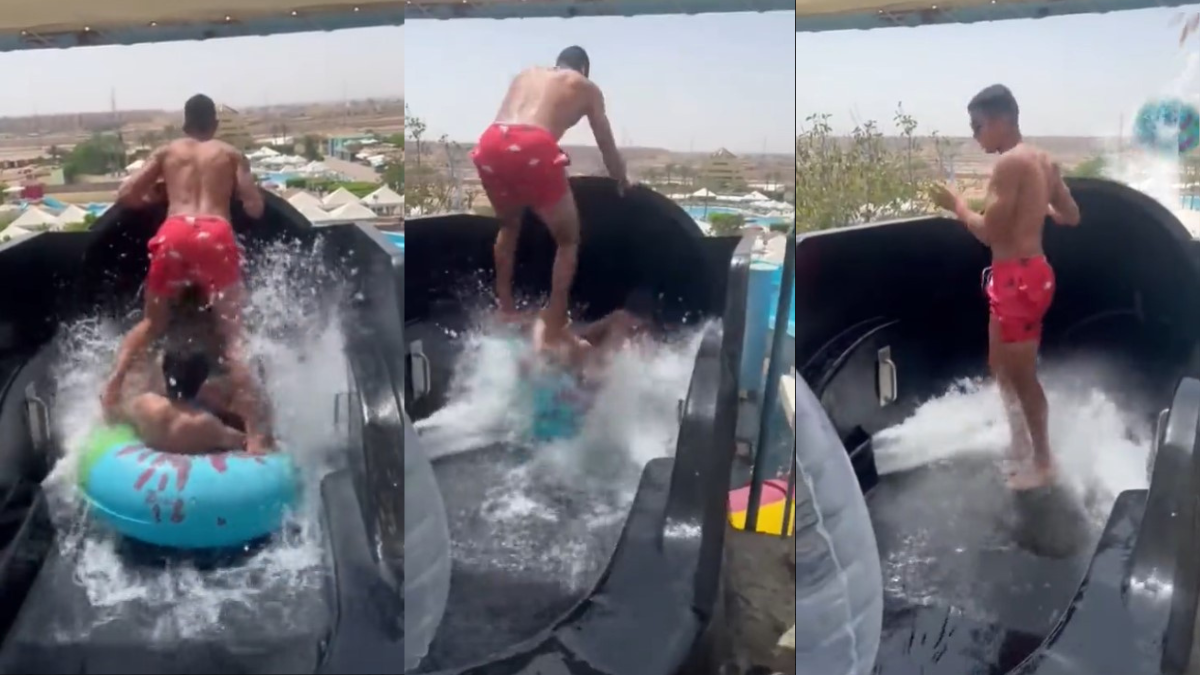 Claim:
A video shows a waterpark slide launching participants into the air.
Rating:

In July 2022, a video went viral that supposedly showed an extreme waterslide at an amusement park. In the video, the lifeguard spins the person's tube, kicks it down the slide, then turns around as the tube launches out into the air.

This is not a genuine video of an air launch.

The first few seconds are real. A lifeguard really did use his feet to spin and launch a tube down a slide. The last few moments of this video, however, are a digital edit.

This viral video was created by doctoring another video that was originally shared on TikTok by Mostafa Salah. In the original video, the tube does not go flying into the air. Rather, it continues going down the slide as one would expect.

This viral video was created by @Simon_QN, described as a freelance VFX artist, and posted to Twitter in May 2022.