Is This 'Water Park in China' Wave Pool Video Real?

A video claimed to show scores of people crammed into a wave pool at a water park in China. Was the video's caption accurate? Here's what we found. 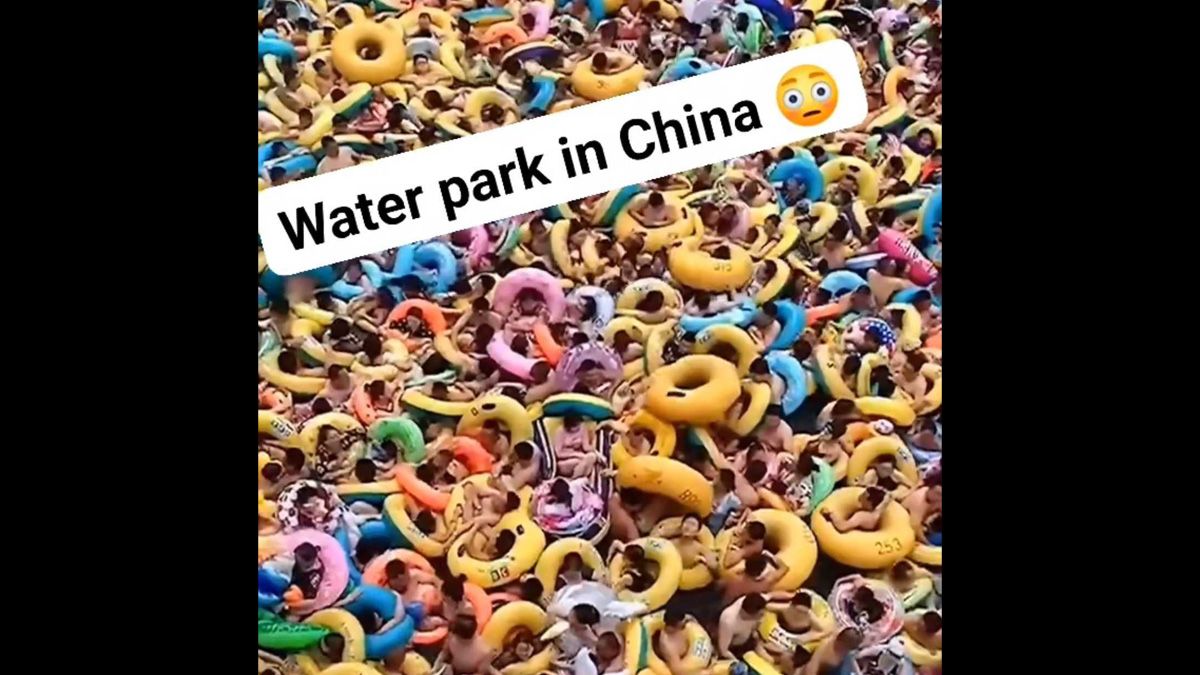 Claim:
A video showing a crowded wave pool with people floating in multicolored inflatable tubes was captured at a water park in China.
Rating:

In September 2022, an Instagram reel was virally shared that showed the caption, "Water Park in China." In the video, hundreds of people appeared to be crammed into a wave pool at a water park, many of them swimming and floating in inflatable tubes of varying colors. We often publish fact checks about pictures and videos that were doctored with the use of digital editing software. However, in this case, it was true that this was an authentic and unaltered video captured in China.

As of this writing, the Instagram reel appeared to have been either taken down by the user or removed by Instagram. A helpful reader sent in this screenshot that showed that, as of Sept. 7, it had been shared more than 110,000 times: While the popular Instagram reel was no longer available, we did find that both Vice News and Yahoo Australia published TikTok videos that showed the same packed water park.

The most comprehensive look at the water park came from a video on the YouTube channel for South China Morning Post, which credited Newsflare for the reporting. The original video may have been recorded in early August 2022:

The video from the South China Morning Post and articles from other news organizations said that these sorts of crowds are normal on weekends in the summertime.

According to New Zealand's Stuff.co.nz, the video showed crowds at Heiyuhu Water Amusement Park in the city of Daqing, which is located in the province of Heilongjiang, China. The article's headline referenced the fact that all of the rubber tubes floating in the wave pool resembled the popular American breakfast cereal Froot Loops: "'Like a bowl of Froot Loops': Hundreds cram into pool in China."

In sum, yes, the video that claimed to show a crowded water park in China was indeed captured in the country and had not been altered with digital editing software.