Did Floodwaters in Southeast Texas Test Positive for Several Diseases After Harvey?

There is no evidence to support a viral Facebook warning about certain cities, but the public should be very cautious about contact with floodwaters. 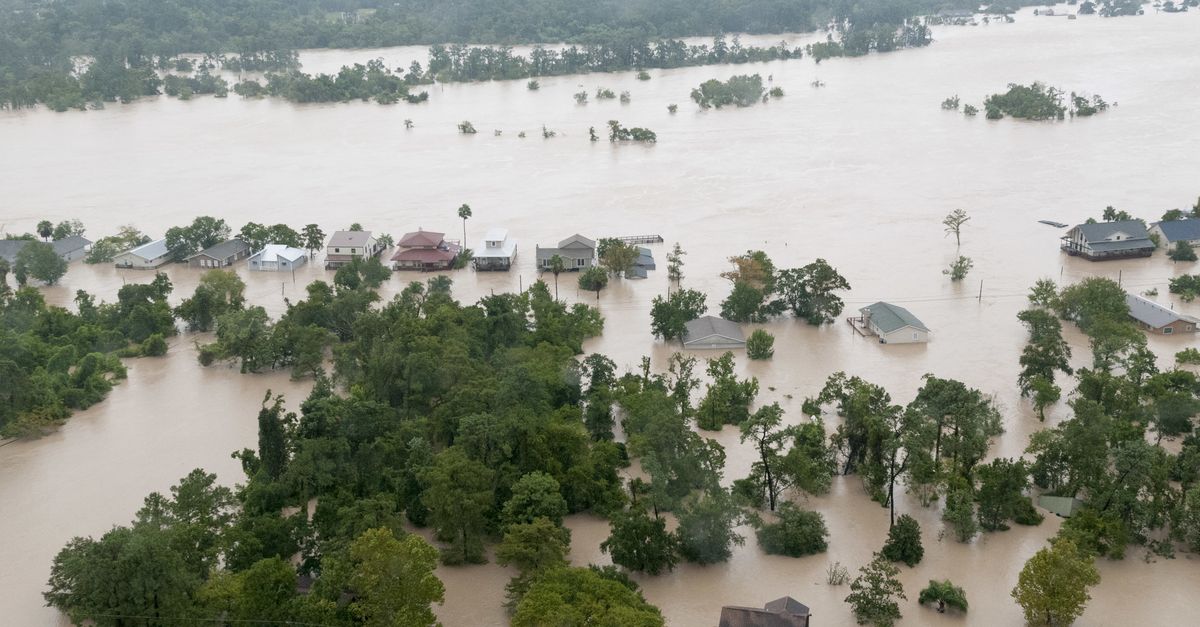 Claim:
Floodwaters in parts of Southeast Texas tested positive for diseases and contaminants including typhoid fever and MRSA in the aftermath of Hurricane Harvey.
Rating:

There is no evidence of any testing done on floodwaters in the southeast Texas cities specified in the viral post, and local and state officials were not aware of any such testing having been performed.

In September 2017, a viral rumor spread on Facebook, reporting that the waters in southeast Texas had tested positive for a variety of potentially harmful contaminants and diseases.

I just got a call from a Southeast Texas disaster relief group (I was in direct contact with them and a few other groups assisting with rescues via phone).

If you or anyone you know were participating in rescues, or were in the water with open wounds, and start experiencing signs of illness, get to a hospital immediately for vaccination and antibiotics. They're already getting reports of people becoming violently ill.

We contacted officials in various local authorities in the cities and counties specified in the Facebook post, and none were familiar with any tests being conducted for the contaminants and diseases listed. On 5 September, the city of Beaumont's public health department issued a statement in response to the rumor:

There have been rumors that people in our area have tested positive for MRSA, Typhoid Fever, flesh eating bacteria, sewage and toxic chemicals. These conditions are required by law to be reported to the Health Department. Currently, we have no reports. The Health Department would like to take this opportunity to remind physicians, hospitals, and laboratories that these conditions are required to be reported to the local health authority.

A spokesperson for the Texas Department of State Health Services also told us that the department was not familiar with any test results indicating the presence of MRSA (bacteria that can cause skin infections and sepsis) or typhoid fever.

We’re conducting disease surveillance in the shelters and haven’t gotten any reports of MRSA or typhoid fever cases related to Harvey from shelters or otherwise. Both of those illnesses are required by law to be reported in Texas.

The spokesperson warned, however, that the public should avoid entering floodwaters, if possible:

That said, there’s no question that flooding raises concerns about bacterial and chemical contamination, and that’s why we recommend people avoid contact direct with the water as much as possible. Anyone with an open wound that comes into contact with floodwater should wash it promptly with soap and clean water and should watch for signs of an infection (swelling, pain, discoloration, blisters) and seek medical attention if they think the wound has become infected.

Similarly, an 11 September 2017 statement by the Texas Commission on Environmental Quality warned about the potential dangers presented by floodwaters:

Floodwaters contain many hazards, including bacteria and other contaminants. Precautions should be taken by anyone involved in cleanup activities or any others who may be exposed to flood waters. These precautions include heeding all warnings from local and state authorities regarding safety advisories. In addition to the drowning hazards of wading, swimming, or driving in swift floodwaters, these waters can carry large objects that are not always readily visible that can cause injuries to those in the water. Other potential hazards include downed power lines and possible injuries inflicted by animals displaced by the floodwaters.

There is no evidence of floodwaters in southeast Texas testing positive for the diseases and contaminants claimed in the viral Facebook post, and the local and state officials we contacted did not express any familiarity with any such testing.

Although there is no evidence that floodwaters in southeast Texas have tested positive for the diseases and contaminants claimed in the Facebook post, that doesn't mean that future testing won't reveal such a contamination -- or that the floodwater is safe.

We know from testing organized by CNN and the New York Times that floodwaters in the Houston area have tested positive for exceptionally high levels of E. coli and sewage contamination.