Reports of revised curriculum standards for Washington state led to false rumors claiming that schools there will be teaching "transgenderism" to Kindergarteners. 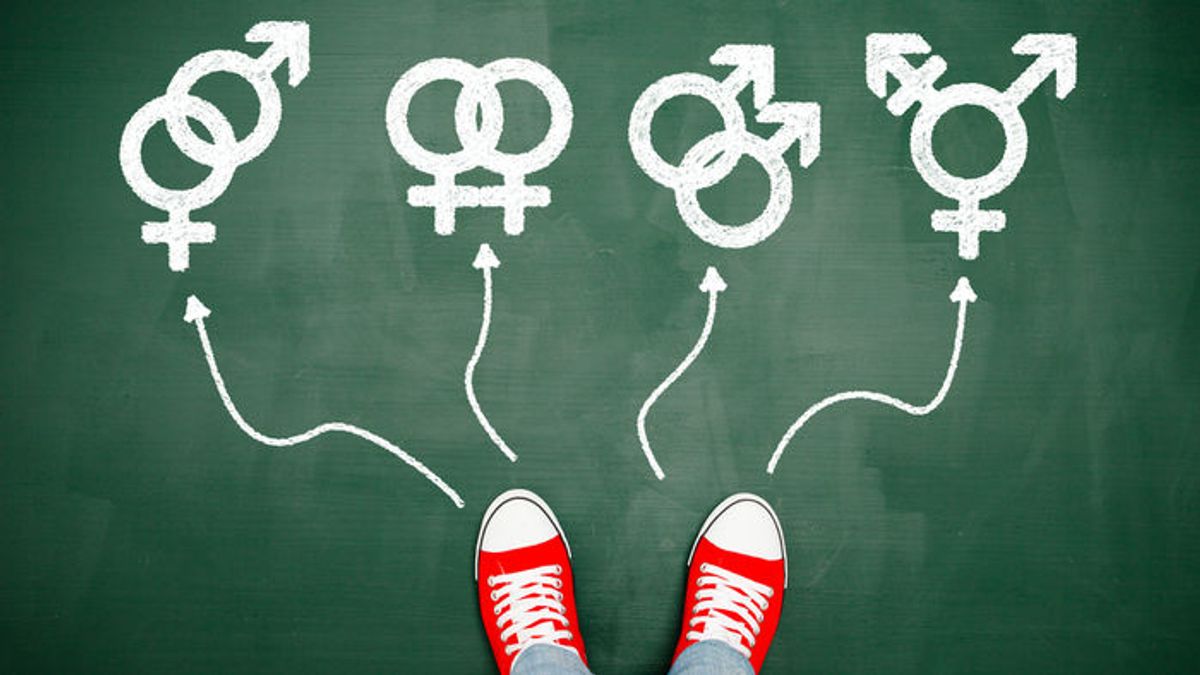 Claim:
Washington state has updated their curriculum standards to include teaching "transgenderism" to Kindergarteners.
Rating:

Washington State has released updated curriculum guidelines in 2016 that include directives regarding gender and gender expression.

Washington state Kindergarten students will be taught about transgender issues.

By fall 2017 Washington state public schools will begin teaching gender expression to kindergarteners under newly-approved health education learning standards that designate sexual health a “core idea” of public K-12 education ... While some aspects of sexual health aren’t taught K-12 (HIV prevention begins in fourth grade), one component of sexual health titled “Self-Identity” begins in kindergarten, where students will be expected to “Understand there are many ways to express gender.”

As part of an aspect of sexual health titled “Healthy Relationships,” kindergarteners will learn to distinguish between “safe and unwanted touch.” They will also learn to “Recognize people have the right to refuse giving or receiving unwanted touch.” OSPI did not answer a question about whether this lesson plan amounts to teaching consent to kindergarteners.

Subsequent portions of the article hinged on the selective quoting of responses from Nathan Olson, communications manager for Washington's Office of Superintendent of Public Instruction (OSPI) to Daily Caller. Olson was quoted only in part, and the precise wording of the questions posed to him was not provided by the Daily Caller:

By third grade, students will be expected to “Explain that gender roles can vary considerably” and “Understand [the] importance of treating others with respect regarding gender identity,” as part of the “Self-Identity” component of sexual health.

Gender identity is defined by the state as “Someone’s inner sense of their gender.”

“The standards don’t define ‘gender spectrum.’ But self-identity is a key component,” Olson said when asked whether learning that gender is a “spectrum” is considered part of learning about “gender identity.”

We contacted Nathan Olson ourselves, and unlike the Daily Caller, we're reproducing his response in full rather than selectively editing it to support a preconceived bias:

I'll start with the Daily Caller, headline. First, what does "transgenderism" mean? We don't define that term in the standards; I've never seen the word before this article. Second, the headline itself is simply false: The "state" doesn't "teach" transgenderism. A simple reading of the standards shows that the state — because of state law — is responsible for establishing and periodically revising state learning standards. It's up to districts to adopt curricula, and it's up to teachers in schools to teach the material.

Third, "transgender" — let alone "transgenderism" — only appears in the glossary; it doesn't appear in any of the standards or topics or outcomes.

The mistake regarding what will be taught is repeated in the first sentence of the story. Districts decide which topics will be taught: A district can decide that its community norms don't include self-identity, and thus it won't be taught. He cannot know that every school will be teaching gender expression any more than I can know that.

The sentence, "OSPI did not answer a question from TheDC about whether this lesson plan amounts to teaching consent to kindergarteners" — while technically correct — was one question of at least a half-dozen in an email. It was an honest oversight that we missed the question. If he'd really wanted an answer, he could have asked the question a second time.

The next paragraph, which begins, "By third grade, students will be expected to 'Explain that gender roles...'" again confuses the standards and the topics and outcomes. Standards are required to be taught. There are eight in health and five in physical education Topics aren't required to be taught (with three exceptions: HIV prevention, CPR instruction and use of automated external defibrillators). Not all third graders in the state will be expected to explain anything about gender roles: It will be up to each district to determine that.

The mistake is repeated in five straight paragraphs, which begin, "By fourth grade ...," "In fifth grade," "By the end of elementary school," "In seventh grade" and "This education continues through high school..."

The reporter also correctly but selectively quotes me about what the possible penalties could be for a student that doesn't want to learn material about self-identity. My full quote, which I am pasting from my email to him, reads as follows:

"So we don’t exactly know what a school would do if a student failed to complete an assignment because he/she opposed the materials being taught. From a practical standpoint, though, it seems highly unlikely that a student would fail a class because of that issue. No individual learning outcome holds that much weight, given how extensive the range of outcomes is and how few hours of health instruction — and especially sexual health education — students receive. Besides, I think if a student failed for that specific reason, the student (and parent) would be well within his/her rights to file a grievance." At the Grade Five point in the table, "Identify trusted adults to ask questions about gender identity and sexual orientation" appears as part of the sexual education curriculum standards, but no wording suggests that "teaching transgenderism" is part of those guidelines.

A 2 June 2016 press release from anti-LGBT group Family Policy Institute of Washington cited the Daily Caller article in a piece that jumped to numerous imaginative conclusions about what young schoolchildren in Washington might be learning about gender under the purported new standards:

Kindergarten used to be a place for children to learn how to add, subtract, and read. Next year, Washington schoolchildren as young as five years old will instead be learning about gender fluidity and the differences between gender and sexual identity.

The newly-minted health and physical education standards, released by the Washington Office of Superintendent of Public Instruction (OSPI), will be implemented in schools across the state for the 2017-2018 school year.

♦ Beginning in Kindergarten, students will be taught about the many ways to express gender. Gender expression education will include information about the manifestations of traits that are typically associated with one gender. Crossdressing is one form of gender expression.

♦ Third graders will be introduced to the concept of gender identity. These children will be taught that they can choose their own gender.

♦ Fourth graders will be expected to “define sexual orientation,” which refers to whether a person identifies as heterosexual, homosexual, or bisexual; they’ll also be taught about HIV prevention. Children in fourth grade will be told that they can choose their sexual orientation.

Much like a previous controversy pertaining to gender identity and curriculum in Fairfax County, Virginia, the claims about Washington State's OPSI, gender, and curriculum hinged on unsupported assertions that changes had been made to existing guidelines to more assertively include transgender topics in education for very young children.