Did The Washington Post Remove a Quote That Painted Kamala Harris in a Bad Light?

A new Washington Post series of Biden administration profiles based on previously published material led to accusations of impropriety. 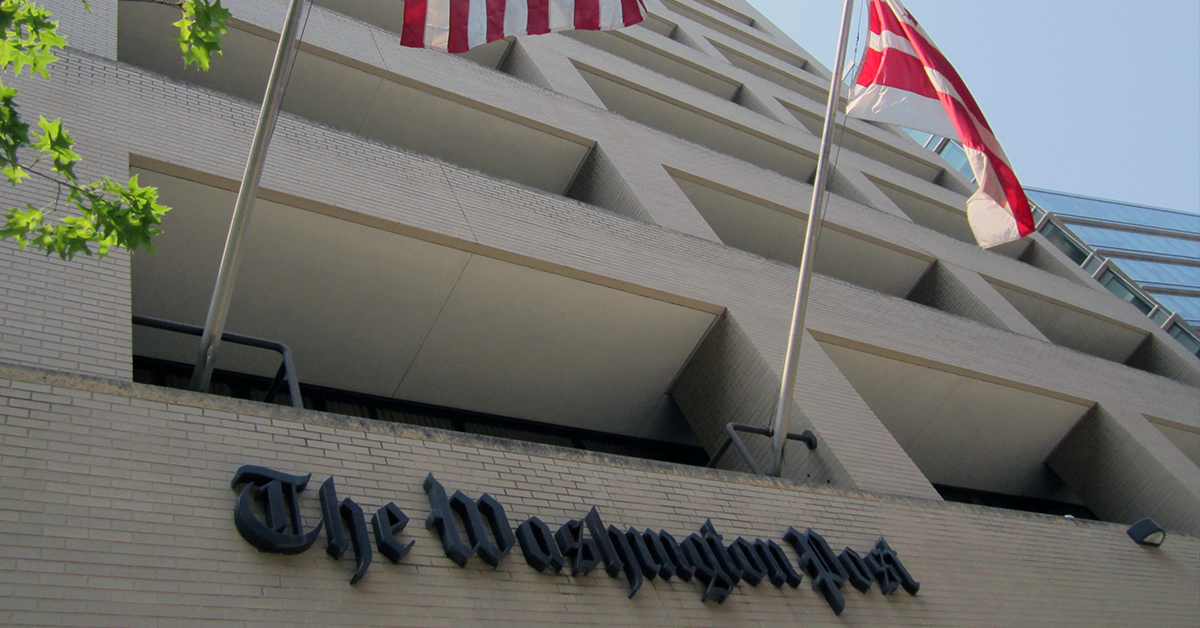 Claim:
The Washington Post updated an article to remove a quote from Kamala Harris that presented her in an unflattering light.
Rating:

On July 23 2019, Washington Post reporter Ben Terris published a profile of Maya Harris —  Vice President Kamala Harris' younger sister and adviser. The article opened with a widely derided comparison made by then-Presidential candidate Harris about how campaigns are like prisons. The anecdote included a poorly received joke about prisoners and water:

It was the Fourth of July, Independence Day, and Kamala Harris was explaining to her sister, Maya, that campaigns are like prisons. [...]

“It’s a treat that a prisoner gets when they ask for, ‘A morsel of food please,’ ” Kamala said shoving her hands forward as if clutching a metal plate, her voice now trembling like an old British man locked in a Dickensian jail cell. “‘And water! I just want wahtahhh....'Your standards really go out the f---ing window."

On Jan. 22 2021, as part of a series of features prepared for the Biden Inauguration, The Washington Post republished the Terris piece with a new lead and a new co-author, removing the controversial comments from the 2019 version of the story. Absent that change, the rest of the story remained largely the same. Further, clicking the link to the 2019 version of the article initially redirected to the newer, "sanitized" version, making the old version effectively disappear. The outlet Reason first reported the change, accusing the Post of making politically motivated editorial decisions.

In response to Reason's critique, Molly Gannon Conway, the Post's communications manager, told Reason that they repurposed several biographical features for the inauguration, but that they should have communicated their change better, and also allowed the original 2019 version to remain online without the redirect:

We repurposed and updated some of our strong biographical pieces about both political figures … The profile of Maya Harris was updated with new reporting, as noted online, using the existing URL. The original story remains available in print.

Now, however, the newly repurposed story includes a link to the original version of the story with the original lead intact. In a second statement, Kris Coratti, the Post's vice president for communications, told Reason the redirect on the 2019 version of the profile was a mistake.

Erik Wemple, the Post's media critic, argued that the incident at his paper was "surely" a screwup and that the Post should have left "good journalism alone." He did, however, take issue at the assertion that the motivation for the change in lede was political:

The idea that a mainstream outlet stripped a negative lead from a story about a Democratic politician generated a social media backlash, with critics asserting that The Post was protecting the vice president — or that the deletion had occurred at the request of the new Democratic administration. “That’s absurd,” responded [Washington Post VP of Communications Kris] Coratti.

As collusion theories go, this one has some drawbacks. The “prison” lead, after all, was published on a proprietary basis by The Post before the Democratic primary and the general election. If the newspaper maintained such corrupt coziness with Harris’s team, the anecdote surely would have disappeared long ago or never surfaced in the first place.

The original lead was, in fact, a poor choice for a story on Maya Harris pegged to the presidential inauguration. The update, furthermore, contained details about Maya Harris’s involvement in the Biden-Harris general election campaign. A genuine effort to retrofit the piece for a special section appears to have been afoot.

Because a change was made to an article that put Harris in a more flattering light by removing a poorly received joke, as reported, the claim is "True."