Did George Washington Order Troops To Get Vaccinated Against Smallpox?

Washington wrote in 1777 that the Continental Army had more to "dread" from smallpox than from the "Sword of the Enemy." 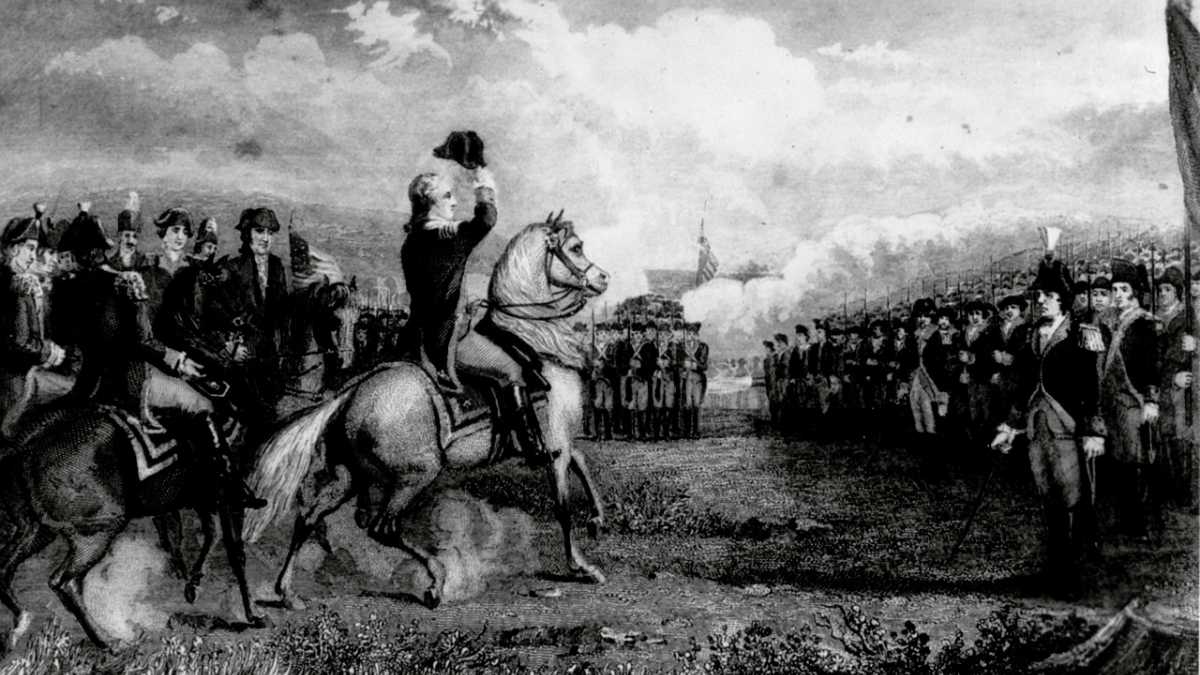 Claim:
Gen. George Washington ordered troops to get vaccinated against smallpox during the Revolutionary War.
Rating:

It's more accurate to say that Washington ordered the inoculation, not vaccination, of the Continental Army against smallpox.

In the summer of 2021, as major companies such as Google, Microsoft, and United Airlines started to mandate COVID-19 vaccinations for employees, and as the Biden administration was mulling an announcement that it would mandate vaccines for the U.S. Military, a historical anecdote from 1777 started to circulate on social media: Supposedly, General (and later President) George Washington ordered troops to get vaccinated against smallpox during the Revolutionary War. This is generally accurate. It would be more precise to say that Washington ordered inoculations, not vaccinations, as the smallpox vaccine had not yet been developed. As vaccinations are a form of inoculation, and as these words are often interchangeable, we've marked this as mostly true.

As Washington and the Continental Army battled the British for America's independence during the Revolutionary War, the soldiers faced an even deadlier foe in the form of smallpox. Washington saw the effects of this disease firsthand during his siege of Boston in 1775.

The coming of the American Revolution, however, made the spread of smallpox more widespread. Soldiers arriving from England and Germany frequently brought smallpox to American shores. In addition, recruits from all over North America joined the Continental Army, increasing the scope of the disease. Within days of taking command of the army at Cambridge, Massachusetts during the summer of 1775, Washington wrote to assure the President of the Continental Congress that he had been "particularly attentive to the least Symptoms of the Small Pox," quarantining anyone suspected of having the disease in a special hospital. Washington further promised that he would "continue the utmost Vigilance against this most dangerous enemy."

After the British left the city in March of 1776, Washington sent in a force of 1,000 smallpox-immune American troops to occupy Boston in order to avoid further spread of the disease. Smallpox continued to plague the Continental Army as well as the civilian population. Epidemics broke out in both Boston and Philadelphia in the summer of 1776, and the retreat of an American force sent to take Quebec was blamed on a number of factors including the high prevalence of smallpox amongst soldiers.

While Washington was cautious and attempted to protect his soldiers from smallpox by ordering quarantines and other measures, he was hesitant to order his troops to get inoculations. Washington was worried that the temporary incapacitation of his soldiers —inoculations at the time basically infected recipients with a weak case of smallpox, which caused some sickness even as it allowed them to build up immunity to the disease — would leave the army vulnerable to attack.

By early 1777, however, Washington realized that he could have troops inoculated as soon as they enlisted. That way, by the time they were outfitted and ready to join him on the battlefield, their symptoms would have subsided.

While Washington believed wholeheartedly in the efficacy of inoculation, in May of 1776 he ordered that no one in his army be inoculated; violations of this order would result in severe punishment. The summer campaigns were about to begin and Washington could not afford to have a large number of his men incapacitated for a month, vulnerable to attack by the British. Washington eventually instituted a system where new recruits would be inoculated with smallpox immediately upon enlistment. As a result soldiers would contract the milder form of the disease at the same time that they were being outfitted with uniforms and weapons. Soldiers would consequently be completely healed, inoculated, and supplied by the time they left to join the army.

On Jan. 6, 1777, Washington wrote a letter to Dr. William Shippen Jr., the Director General of Hospitals of the Continental Army, ordering troops to be inoculated. It's available here via the National Archives.

Finding the Small pox to be spreading much and fearing that no precaution can prevent it from running through the whole of our Army, I have determined that the troops shall be inoculated. This Expedient may be attended with some inconveniences and some disadvantages, but yet I trust in its consequences will have the most happy effects. Necessity not only authorizes but seems to require the measure, for should the disorder infect the Army in the natural way and rage with its usual virulence we should have more to dread from it than from the Sword of the Enemy. Under these circumstances I have directed Doctor Bond to prepare immediately for inoculating in this Quarter,1 keeping the matter as secret as possible, and request that you will without delay inoculate All the Continental Troops that are in Philadelphia and those that shall come in as fast as they arrive. You will spare no pains to carry them through the disorder with the utmost expedition, and to have them cleansed from the infection when recovered, that they may proceed to Camp with as little injury as possible to the Country through which they pass. If the business is immediately begun and favoured with the common success, I would fain hope they will be soon fit for duty, and that in a short space of time we shall have an Army not subject to this the greatest of all calamities that can befall it when taken in the natural way.

Elizabeth Fenn, a professor of early American history at the University of Colorado Boulder and author of "Pox Americana: The Great Smallpox Epidemic of 1775-82," told History.com that inoculations in the 1770s were far different than vaccinations today.

The COVID-19 vaccine, for example, is administered via a simple injection (or two). Inoculations in the 1770s were done with a method called "variolation" which involved cutting into the flesh and implanting a pustule into the wound. History.com writes:

But immunization in the 1770s was not what it’s like today with a single injection and a low risk of mild symptoms. Edward Jenner didn’t even develop his revolutionary cowpox-based vaccine for smallpox until 1796. The best inoculation technique at Washington’s disposal during the Revolutionary War was a nasty and sometimes fatal method called “variolation.”

“An inoculation doctor would cut an incision in the flesh of the person being inoculated and implant a thread laced with live pustular matter into the wound,” explains Fenn. “The hope and intent was for the person to come down with smallpox. When smallpox was conveyed in that fashion, it was usually a milder case than it was when it was contracted in the natural way.”

Variolation wasn't perfect, but the "case-fatality rate associated with variolation was 10 times lower than that associated with naturally occurring smallpox," according to 2005 paper published in the medical journal Baylor University Medical Center Proceedings. In 2016, a paper published in Science Direct reported that variolation "resulted in a milder form of the disease with a much lower fatality rate (2–3%), compared to natural smallpox infection." "According to the National Institutes of Health, the post-variolation rate was even lower: 1-2%.

While Washington certainly ordered mass immunizations to protect his troops from smallpox, the above-displayed meme states that Washington ordered "vaccinations," and that isn't completely accurate. Edward Jenner didn't create the first vaccine until several years after the Revolutionary War, in 1796. You can read more about Jenner and see an incredible photo of two children, one vaccinated and one unvaccinated, in a previous Snopes article.

Correction [22 September 2021]: A previous version of this article included an erroneous statistic from a source quote. Variolation had a case fatality rate closer to 2% than 10%.