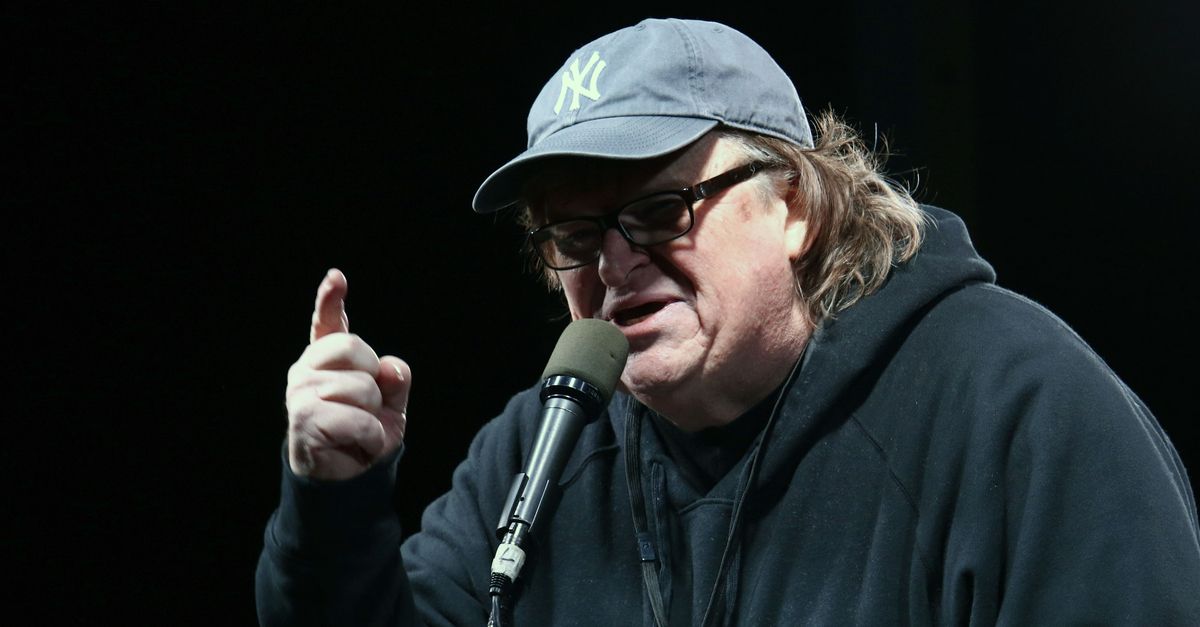 Numerous allegations of sexual harassment have been made against former film executive Harvey Weinstein recently, which may be why "satirical" web site Freedom Junkshun was inspired to publish a story on 17 October 2017 that painted documentarian Michael Moore in a similar light.

According to the site:

While filming anti-gun movie Bowling for Columbine Sarah Slater, who was 16 at the time and on set as an extra, says Moore walked up to her and made “multiple passes.”

"I rejected him every time but he wouldn’t take no for an answer,” Slater tells Fox. “He had me change into this really short skirt and he would just stare. At the end of the day, I was at a vending machine and felt a hand sliding up my thigh."

In reality, Fox News reported no such thing. Freedom Junkshun is a long-standing publisher of false information. The site includes this disclaimer:

However, that did not stop conservative social media users from trying to pass the story off as legitimate: As is commonplace, other websites—Conservative Columns, The Star Chronicle, USA First Information, and Defense Patriot—regurgitated the fake story without including a "satirical" disclaimer of their own.

I have intervened on more than one occasion and I have fired men who sexually harass women. Harvey Weinstein knew better than to behave inappropriately toward women in my presence. I'm guessing successful sociopaths like him who get away with it for years are very, very careful not to let the kind of men who would stop them dead cold ever get a glimpse of who they really are. I don't live in Weinstein's Hollywood world and I make documentaries, so I can't speak to the culture he created and seemed to thrive in. I AM the only director that I know of who's actually taken Weinstein to court (for being a thief, which requires a different set of sociopathic skills, but, like sexual harassment, you can probably find them at a few Hollywood studios).

Weinstein, the former co-founder of Miramax and the Weinstein Company, has been accused by more than 60 women of sexually harassment or assault in the wake of reports by both the New York Times and the New Yorker this month, detailing a pattern of alleged abuse.

He was subsequently fired from the Weinstein Company as well as expelled from the Academy of Motion Picture Arts and Sciences. Police in London and Los Angeles have opened investigations regarding Weinstein, while New York State Attorney General Eric T. Schneiderman is reviewing whether Weinstein committed civil rights violations.