Social media posts falsely stated that the 5-year-old Nigerian abduction victim -- who has since been rescued -- lived in the U.S. 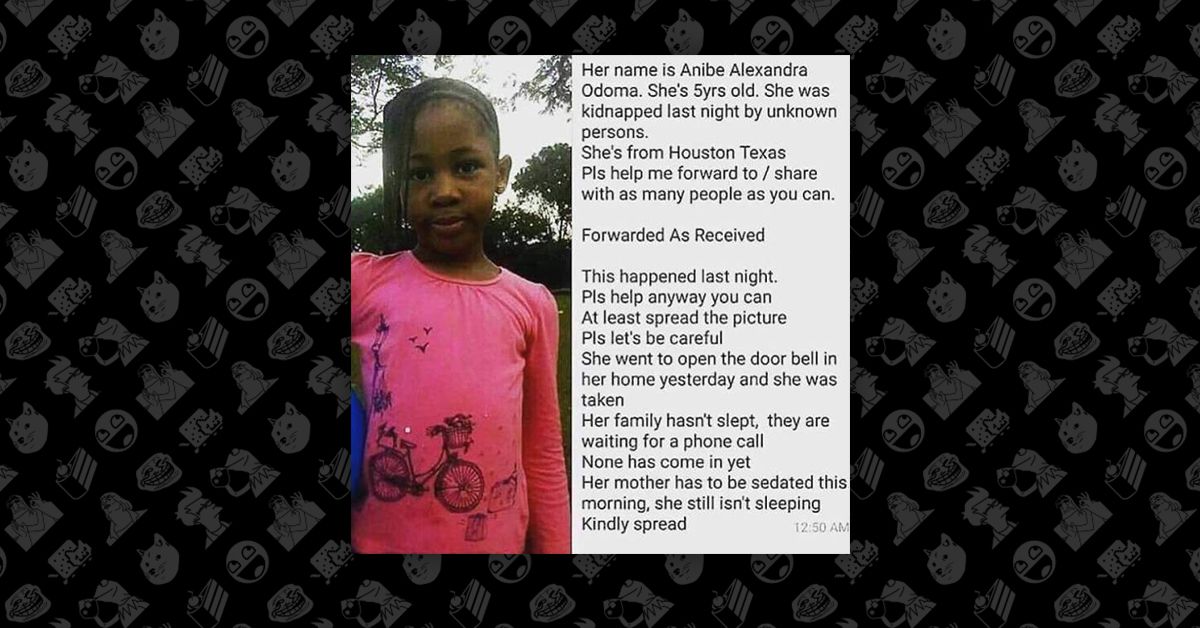 A child's kidnapping in Nigeria in late 2016 was erroneously said to have occurred in Houston, Texas, in posts that began circulating online in May 2017.

The post featured a picture of a child identified as five-year-old Anibe Alexandra Odoma and stated:

She was kidnapped last night by unknown persons.
She's from Houston Texas
Pls [sic] help me forward to / share with as many people as you can.

This happened last night.
Pls help anyway you can
At least spread the picture
Pls let's be careful
She went to open the door bell in
her home yesterday and she was
taken
Her family hasn't slept, they are
waiting for a phone call
None has come in yet
Her mother has to be sedated this morning, she still isn't sleeping
Kindly spread Neither the Houston Police Department nor the National Center for Missing & Exploited Children have a record matching Anibe's description. However, the same picture also circulated in December 2016 attached to a story about an abduction in the Nigerian city of Abuja on 11 December 2016, which also included two phone numbers for people to call if they had information: Two days later the news web site CKN Nigeria reported that the girl had been rescued. We called one of the phone numbers seen in the original post concerning her disappearance and a man identifying himself as her father told us that she was safe.