Was a Minnesota Man Jailed for Having a Windmill on His Property?

A story about a man purportedly arrested over his efforts to use wind power on his own property is inaccurate and misleading. 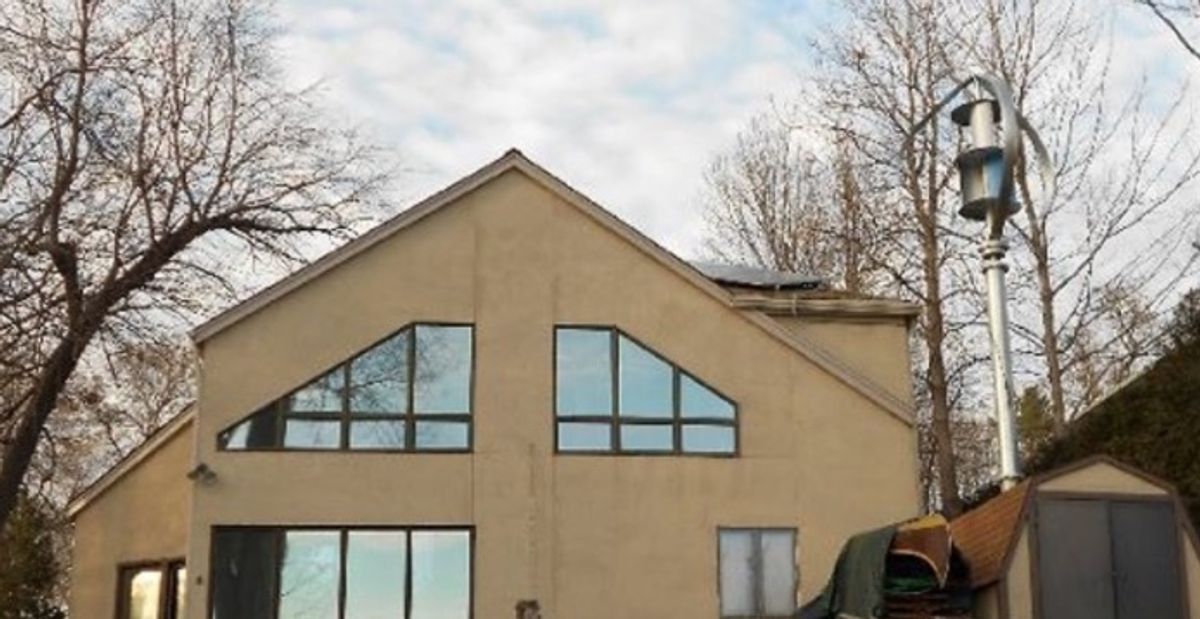 Claim:
A Minnesota man was jailed simply for possessing a windmill on his property.
Rating:

Minnesota man Jay Nygard was jailed in October 2015 after being found in contempt of court for refusing to comply with an order to remove a concrete base from his property.

Nygard was not thrown in jail for simply erecting a windmill; Nygard did not spend six months in jail.

On 14 November 2016, The Mind Unleashed published an article reporting that a Minnesota man had been arrested and thrown in jail for six months simply because he had put up a windmill on his own (private) property:

For more than a year, we have been following the story of a Minnesota man, Jay Nygard, who is routinely risking jail time because he refuses to remove a wind turbine from his property. Nygard has been in and out of court over the years, and despite a short-lived victory last October, he was recently back in front of a judge facing a contempt of court charge for refusing a court order to remove the turbines from his property.

On [11 November 2016], Nygard was arrested and, according to his son, has been given six months in prison for refusing to remove the base ... Kahler said that although there are no ordinances against windmills, the county has a personal vendetta against his family. On 26 November 2016 the Facebook page "@anonnews.co" shared a similar article claiming Nygard was jailed for six months due to the presence of a windmill on his property. Although the article briefly made mention of the year 2015, the claim reignited outrage on social media over a purportedly oppressive government hellbent on restricting autonomous lifestyles. (As did the earlier iteration, which asserted Nygard's "only 'crime' was self-sustainability").

The story was one of the many social media panics that periodically appear maintaining that an overreaching government was slowly but surely making all "off the grid" living illegal with gradually more invasive statutes and building codes. However, stories of this type are almost never as clear-cut as they seem to be on first glance.  According to rumors of the same type, a man was jailed simply for collecting rainwater (when the individual in fact was warned for years not to operate massive illegal reservoirs); another warned a judge ruled homegrown vegetables were unlawful (the claim actually involved codes prohibiting non-decorative gardens in front yards only); a similar outcry ensued earlier in 2016 when an inaccurate 2014 blog post recirculated and led readers to believe that Michigan's Right-to-Farm Act had been repealed (in actuality, the bill was updated to codify voluntary guidelines for keeping livestock).

In all cases, disputes between homeowners and jurisdictions or associations were misconstrued or misrepresented as sweeping instances of legal precedent,  outlawing seemingly benign activities like farming or harvesting environmental resources such as water or wind. Most of the time, the claims hinged on single cases not applicable to others' ability to garden, produce food, or collect water and wind energy. The "windmill" story was far more complex than an individual carted off to jail without warning for innocently attempting to generate energy himself.

A December 2010 article chronicled the early stages of what became a years-long dispute. That piece reported that Nygard was aware that his desire to install a windmill stood at odds with what local authorities wanted, adding that he pressed ahead regardless:

The city of Orono has ordered Nygard to stop work on his wind turbine, saying the city's zoning doesn't allow wind generators, and threatened him with criminal prosecution if he ignores the order.

Nygard admits he poured a concrete pad for the turbine after the city rejected his application for a building permit. But he and his attorney claim the city is overstepping its authority and discouraging a homeowner and entrepreneur from helping the environment.

"Here I'm trying to go green and they're trying to throw me in jail," Nygard said.

The piece describing him as a "a stay-at-home dad who's trying to start a business selling home wind turbines," and noted that the windmills stood "about 22 feet tall [with] blades [] 9 feet in diameter":

Orono Mayor James White said Nygard should put his energy into petitioning the city for a wind energy policy, not getting into a standoff with inspectors. White said that even though Orono doesn't explicitly ban wind generators in Nygard's neighborhood, the city has broad authority to limit what people build on their property.

"We're not going to discourage people from doing green things," White said. "It's just when and where."

Nygard's applied for and was denied permission to build a two-story windmill on his property in 2010. A stop work order was issued in November of that year, and Nygard pledged to fight the decision. Officials at the time expressed concern that allowing the large structure would inspire other potential nuisances, and a planning expert noted that a lack of consistency in home turbines had the potential to create further problems.

Nygard was still fighting the windmill battle in October 2014, though it appeared he had made little legal progress. By that point, multiple parties had filed lawsuits over the dispute, and the city tried to prohibit the construction of wind turbines in the interim:

On Monday, the Orono City Council passed a moratorium on small wind conversion systems while the city's Planning Commission drafts a new ordinance regulating them. The Planning Commission is expected to review the new ordinance Nov. 17 [2014] ... The city has long contended that the wind generator violates city ordinances and puts the Nygards' neighbors and properties in the small neighborhood at risk. The 750-pound turbine is mounted on a galvanized pole on the Nygards' lot, less than a third of an acre, and is less than 5 feet from a neighbor's property ... the city put a new ordinance in place last December prohibiting wind energy conversion systems within any of its zoning districts. But last week, Bush said in his ruling that the state statute doesn't allow the city to completely ban small wind energy conversion systems. Instead, he wrote, the city is "free to enact reasonable requirements" on the siting and construction of them for safety, noise or other issues.

Over the past three years [beginning in December 2010], wind turbines and related issues have sparked 15 lawsuits between the Nygards, several neighbors and the city, ranging from property issues to defamation. In addition to the city's case, another county judge ordered the Nygards to remove the turbine, saying it's a public nuisance to his neighbors. The Nygards are seeking a new trial in that case.

On 3 October 2015, Jay Nygard was found to be in contempt of court and sentenced to six months in jail for failure to comply with an order to remove the turbine's concrete footing. The family maintains that it would have threatened the home's foundation, despite having had many months in 2015 during which they could perform the ordered work. However, by 6 October 2015, the concrete had been removed, and Nygard was released after only a few days in jail:

He was sentenced to six months in jail, with the understanding that if the remaining concrete was removed, he would no longer be in contempt, and would be released.

“The Nygards have chosen to be in contempt of court,” said Orono Mayor Lili McMillan, while Nygard was still in jail. “They have been given ample time to do so, and still have chosen not to comply.”

The time between the court order and Nygard’s Oct. 2 jailing was more than 100 days, and the concrete footing for the turbine was included in the judge’s order to remove all related items ... According to Jay Nygard, the footing was removed over the Oct. 2-3 weekend. An inspector signed and submitted to the court an affidavit confirming the concrete’s removal on the evening of Oct. 5, and Nygard was released the next day.

The Nygards pledged to continue their windmill pursuit as of October 2015:

With the last bit of his largest wind turbine removed and Nygard home, this episode of conflict is resolved. According to the Nygards, however, their fight isn’t over. Three turbines still stand.

“The large wind turbine is down, and it’s never going back up in that location,” said Kendall Nygard. “We’ve fought hard, and we’ve had many victories along the way against the city – they won this time, but it’s not over.”

Although Nygard was briefly jailed in October 2015, it was not for the crime of "self-sustainability." By that point Nygard, Orono, and several other residents had spent many years and thousands of dollars fighting over the windmill. Nygard indicated refusal to comply with the order numerous times over the years, and was jailed only after months of failure to comply with an order to remove the base of the illegal structure from his property (and years of fighting the initial denied application to install it). While the family maintained that removing the windmill's base was impossible, the task was accomplished over a weekend in October 2015 during Nygard's brief stay in jail.