The Golden State Warriors Voted Not to Visit the White House?

Reports that the Golden State Warriors voted unanimously to skip a visit to the White House after winning the NBA Championship are based on a single unconfirmed tweet. 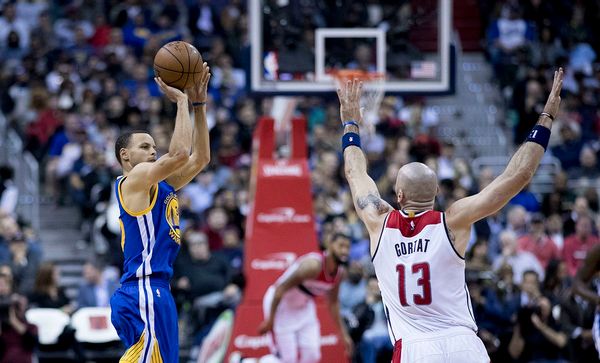 Claim:
The Golden State Warriors basketball team announced on 13 June 2017 that they had unanimously voted to skip a visit to the White House after winning the NBA Championship.
Rating:

The morning after the Golden State Warriors basketball team defeated the Cleveland Cavaliers in the 2017 NBA Finals, the news was filled with reports about how the newly-crowned NBA champions had unanimously voted to skip the traditional congratulatory trip to the White House. Although this rumor was picked up by a diverse range of outlets, ranging from NBC to Uproxx to Vibe to Raw Story, these reports were all based on a single source: a tweet from CNBC finance reporter Josh Brown:

Brown did not cite a source for the information, nor did he quote or link to any first-hand accounts of the team's plans.

Several Warriors members have talked about their dislike for the current administration, but that talk came before the team won the 2017 NBA championship. Head coach Steve Kerr, for instance, said that Donald Trump was "ill-suited to be President" in November 2016, while point guard Steph Curry slyly called the president an ass (saying, "I agree with that description ... if you remove the 'et' from asset.") Power forward David West was less coy regarding his opinion of President Trump and the president's supporters:

“The things that he said, the things that he represented, that’s the way that the majority of this nation feels,” West said. “I think he just emboldened them because he’s able to say it publically. He got the platform."

“It is kind of unnerving and unsettling ... The man’s 70 years old, so he is who he is. It’s just a shame that, throughout the process, a lot of these people were in hiding and waited for the cover of the ballot to represent who they are.”

So although it's true that several members of the Golden State Warriors have openly expressed their dislike for President Trump, reports that the team has unanimously voted to skip the traditional visit to the White House is based on of a single unconfirmed tweet.

USA Today NBA reporter Jeff Zillgitt tweeted that the Golden State Warriors had neither received nor turned down an invitation from the White House:

The Golden State Warriors released a statement confirming that the reports claiming that the team had rejected the White House's invitation were premature:

"Today is about celebrating our championship. We have not received an invitation to the White House, but will make those decisions, when and if necessary," the team said in a statement.

Update 13 June 2017: The status of this article was changed from Unproven to False after the Golden State Warriors released a statement denying the report.