Did Elizabeth Warren Say 'We Shall Disarm Republicans Ourselves'?

We found no evidence Warren ever said that if "the Republicans" refused to surrender their guns, "we shall disarm them ourselves." 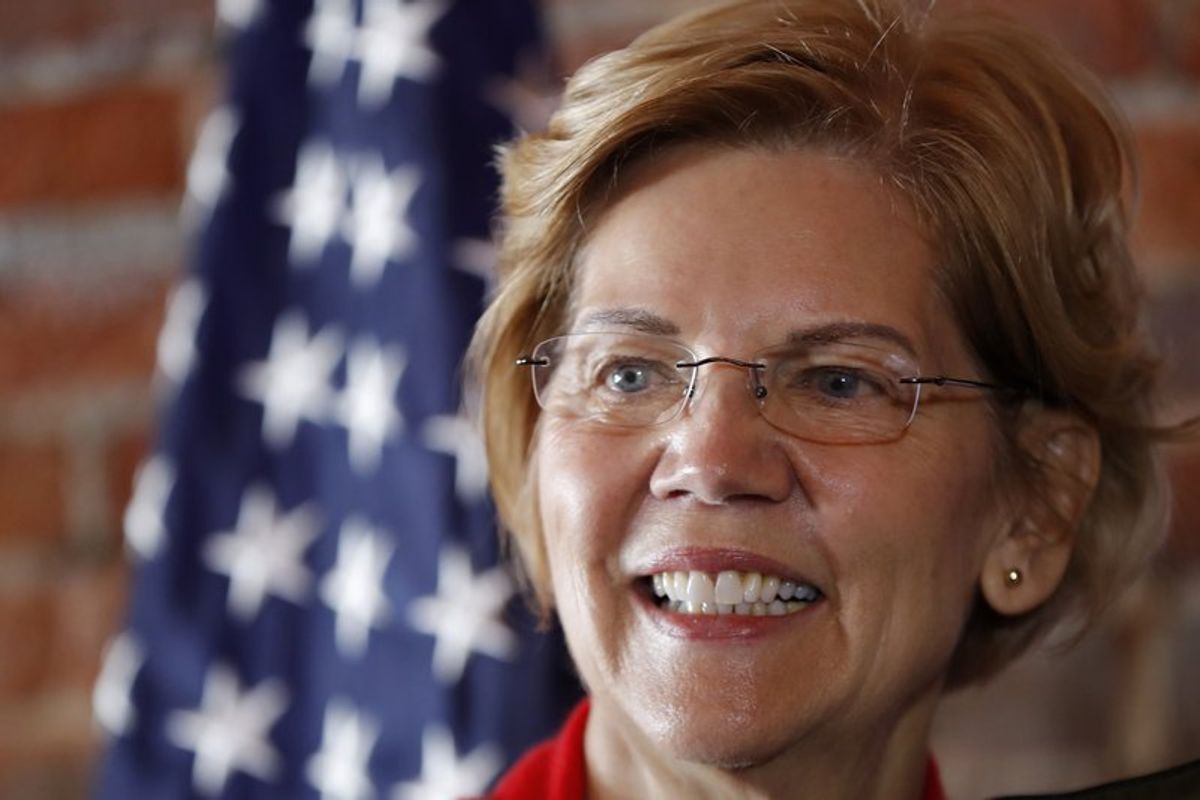 Claim:
Elizabeth Warren said that if "the Republicans" refused to surrender their weapons, "we" would "disarm them ourselves."
Rating:

In June 2016, at least two memes were circulated featuring a quote purportedly from Massachusetts senator Elizabeth Warren saying, "If the Republicans disarm, all is well and good. If they refuse to disarm, we shall disarm them ourselves": The quote also circulated in early 2015:

The meme's June 2016 recirculation was likely due to Warren's new visibility as a vocal adversary to Donald Trump and his candidacy. As Warren debated the GOP frontrunner on Twitter, folks resurrected the old purported quote as a general argument against Warren's character and likability:

A marriage between @realDonaldTrump’s toxic racism & @RepHensarling’s Wall Street giveaways is a path to ruin for our country.

Before 2015, a nearly identical version of the quote existed, but that version was widely and consistently attributed to former Soviet Union leader Joseph Stalin, not Elizabeth Warren: We were unable to locate any interviews, footage, clips, tweets, or other instances in which Elizabeth Warren said anything remotely resembling the phrase quoted above.