Did Raphael Warnock Tweet About 'the Meaning of Easter'? 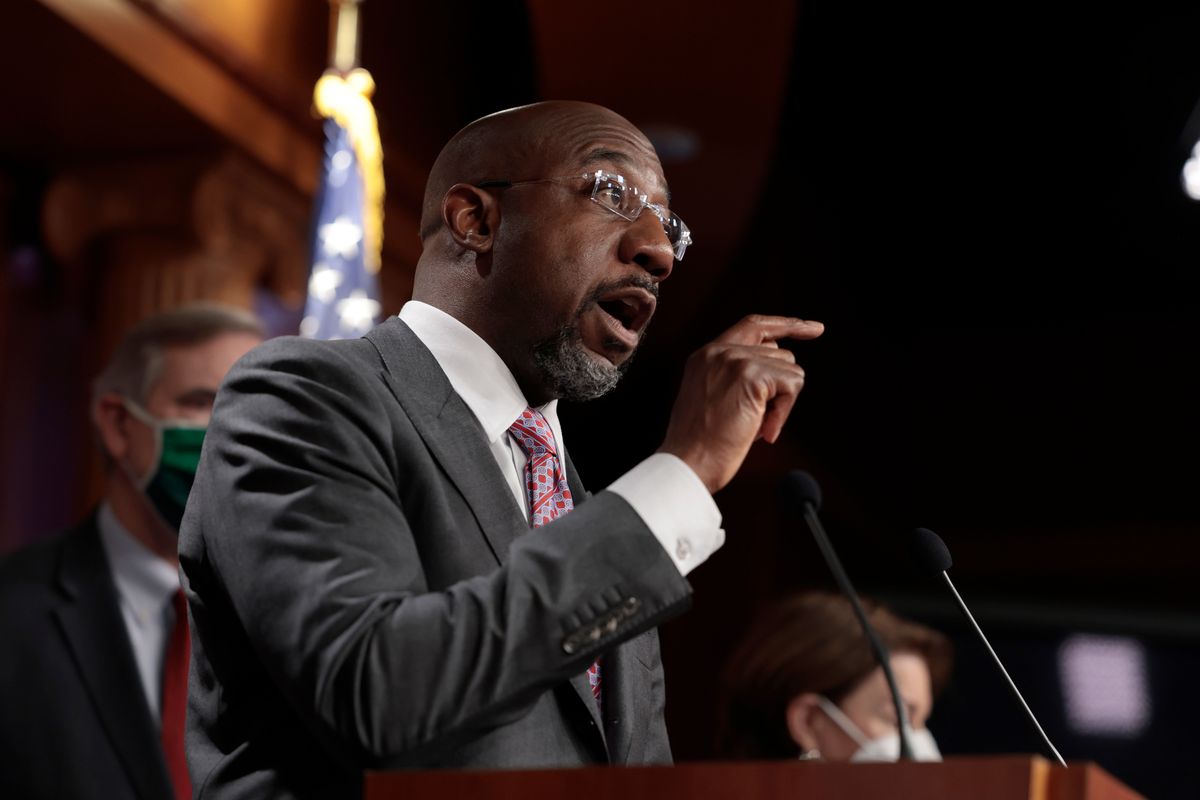 Claim:
A tweet on the @ReverendWarnock Twitter account once read: "The meaning of Easter is more transcendent than the resurrection of Jesus Christ. Whether you are Christian or not, through a commitment to helping others we are able to save ourselves."
Rating:

This was a real tweet that was posted on one of Warnock's official Twitter accounts on April 4, 2021, which was Easter. It was deleted within hours on the same day. According to The Washington Post, Warnock's office claimed that "the tweet was posted by staff and was not approved." No other comment was provided.

In April 2022, we received inquiries from readers asking if a tweet about "the meaning of Easter" really did appear on the @ReverendWarnock Twitter account, one of the two official accounts for Democratic U.S. Sen. Raphael Warnock of Georgia. We found evidence that this was true. The real tweet from 2021, which has since been deleted, read as follows: "The meaning of Easter is more transcendent than the resurrection of Jesus Christ. Whether you are Christian or not, through a commitment to helping others we are able to save ourselves."

In addition to serving in Congress, Warnock is also the senior pastor at Ebenezer Baptist Church in Atlanta, Georgia. This brought more significance to the religious message in the tweet.

'The Meaning of Easter'

We found proof that the tweet about "the meaning of Easter" on Warnock's Twitter account was real. It was backed up on the Internet Archive. This showed that it was genuine. We know this because the Wayback Machine on Archive.org creates snapshots of websites for future reference. The tweet appeared to have been both posted and deleted on April 4, 2021, which was Easter Sunday that year. The message received an unknown number of replies. Some users disagreed with the sentiment in the tweet, purportedly based on various Bible verses.

At the time, The Washington Post reached out to Warnock's office to ask about the tweet. In response, they told the Post that "the tweet was posted by staff and was not approved." No further information was provided.

Another tweet also appeared on Warnock's @SenatorWarnock Twitter account on the same morning: "Happy Easter to all those who are celebrating in Georgia & across the nation! I want to extend my warmest wishes during this restoration season & hope we can all find time to rejoice & be grateful for one another."

One year later, on April 16, 2022, the day before Easter Sunday, Georgia Republican candidate Herschel Walker tweeted about Warnock's deleted tweet from 2021 about "the meaning of Easter." Walker is challenging Warnock for his U.S. Senate seat in November 2022.

Walker said: "Pastor Warnock, I know that you want to make everyone feel good by saying you believe Easter is about more than the resurrection of Jesus Christ. Do you still stand by this statement?"

We didn't locate a response from Warnock.

Other Easter Messages from Warnock

Again, it was true that the "meaning of Easter" tweet really did appear on one of Warnock's accounts. This led us to wonder what other Easter Sunday tweets were published under his name.

In 2020, the @ReverendWarnock Twitter account showed the following tweet: "This Easter Sunday, Christians across the world celebrate the resurrection of Jesus Christ, and the redemption it brings to humankind. Like Jesus, may we too rise from our suffering renewed in our commitment to do good unto others."

On Easter in 2022, one year after the "meaning of Easter" tweet and one day after Walker's question to Warnock, the following tweet appeared on the @SenatorWarnock account: "From my family to yours, wishing a Happy Easter Sunday to all those celebrating in Georgia and across our country and around the world!"

In sum, yes, it's true that in 2021 one of Warnock's Twitter accounts showed a tweet that said, "The meaning of Easter is more transcendent than the resurrection of Jesus Christ. Whether you are Christian or not, through a commitment to helping others we are able to save ourselves." It was deleted after several hours.

We reached out to Warnock's staff for additional comment and will update this story if we receive a response.