Did Walt Disney Say 'The Way To Get Started Is To Quit Talking'?

The legendary animator continues to inspire viewers more than 50 years after his death. 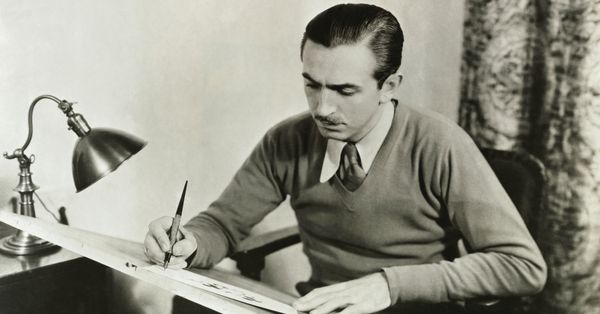 Claim:
Walt Disney once said, or wrote, "The way to get started is to quit talking and begin doing," or words to that effect.
Rating:

In 1957, Disney told a gossip columnist about his initial difficulty in obtaining credit from banks for his early ventures, and said, "I didn't have the money to get this thing going, but I found the way to get started was to quit talking and begin doing it." However, Disney was originally speaking about obtaining buy-in from lenders for his business ventures, a specific context not included in modern-day internet memes.

In April 2022, we received new inquiries from Snopes readers about an oft-recycled quotation attributed to Walt Disney: "The way to get started is to quit talking and begin doing."

Substantially speaking, that quotation is authentic and properly attributed to Disney. However, the version presented in countless memes and newspaper columns over the past half-century have varied very slightly from Disney's original formula of words.

Furthermore, although the sentiment expressed in the maxim can reasonably and readily be understood as a general prescription for success in life — as it is invariably presented now — Disney was originally speaking in the specific context of obtaining credit from banks for his early business schemes. For those reasons, we are issuing a rating of "Mostly True."

The original source of the quotation was a July 1957 interview of Disney by the well-known Hollywood gossip columnist Hedda Hopper. The interview was relatively wide ranging and sympathetic towards Disney, whom Hopper described as "a man with the ageless heart of Peter Pan and the wisdom of Solomon." Hopper wrote:

Disney believes, as I do, that people are interested in how he got started and where he is going. "I remember, as a boy, when we first moved to Kansas City around 1910 and lived a block and a half from the amusement park. I loved it and I could get in for 10 cents. We lived in that house for only a few months, then moved to where I had to travel an hour and a half to get to the park..."

Later, Disney outlined his approach to wealth, explaining that he viewed profits as something to be reinvested in new ideas, rather than merely accumulated:

"Of course a lot of people think we're interested in money — that's a fallacy. I learned a long time ago you have to make money if you want to spend it. How can I put in 2 million dollars worth of new rides next year if I don't make money this year?

"I studied economics and learned money is something you use to do something with. If you haven't got that money you can't do things. I went broke twice before I got wise to that. I had to prove to bankers that I wasn't an artistic success and a commercial failure. I didn't have the money to get this thing going, but I found the way to get started was to quit talking and begin doing it. When I talked in terms of three years in advance the bankers would say 'I'll see you in two years.' So I talked in terms of one year in advance and got things started." [Emphasis is added].

After this original iteration in 1957, we found a couple of examples of the same maxim in newspapers from the 1970s, albeit without the attribution to Disney. However, from 1977 onwards, it has been consistently, if not universally, attributed to Disney.