Did Disney animators slip a single frame of a naked woman into a film to see if Walt could spot it? 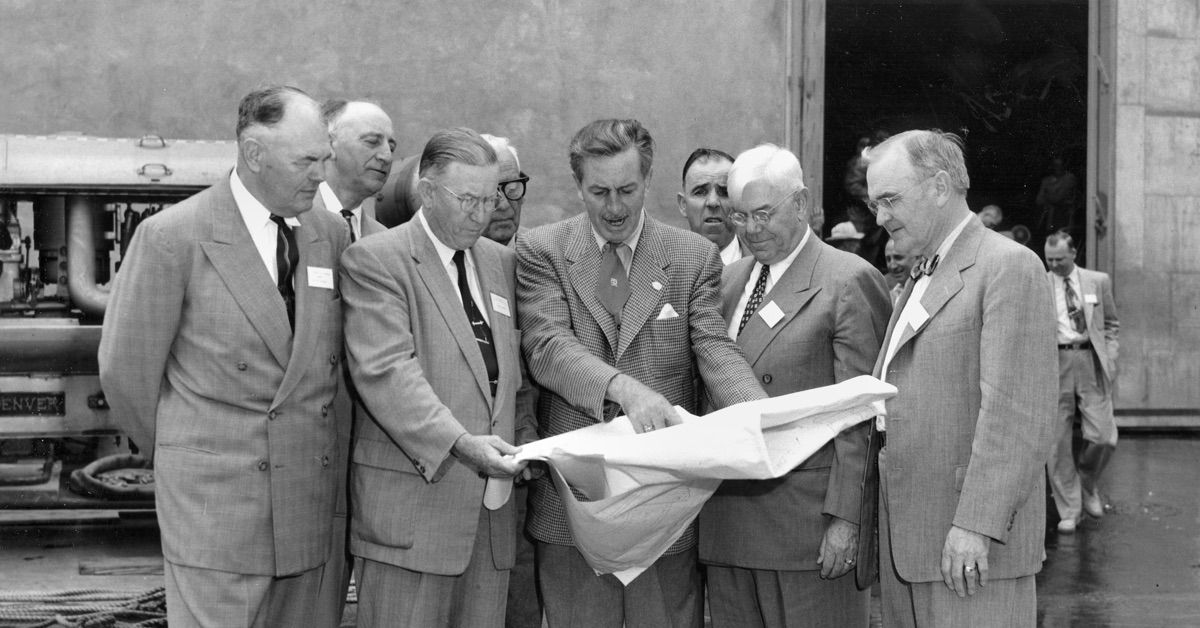 Claim:
Disney animators slipped a single frame of a naked woman into a film to see if Walt could spot it.
Rating:

It's always interesting when, in attempting to verify a story we've heard, we come across another version of the same story with a completely different ending:

Walt Disney had a wonderful eye for animation. His artists and film recordists wanted to test this so, in compiling an early sequence of film for Walt to view they added one frame of a naked woman. (Considering Disney works at 24 frames per seconds it would take a great eye to spot this lady.) During the pre-showing to Walt the offenders in question waited for the scene to appear; it did and Walt said nothing. When the film was over, Walt turned to them and said, "Whose idea was it to add the naked woman?"

To which someone replied, "We did it to see if you would notice."

That's the case here, as Charles Shows, a scriptwriter and producer-director with the Disney Studio in the 1950s and 1960s, related in his 1980 book about his experiences working for Walt Disney:

Since Walt Disney personally examined every foot of film produced at his studio, he was quite adept at spotting even the smallest mistakes.

One day a few of us studio staffers were arguing about how quick Walt's eye really was. One director, who had seen Walt spot mistakes that no one else could see, even contended that Walt could catch a mistake on a single frame of film as it was run full speed in the projection room.

Since a single frame of film is about one inch wide and runs at the rate of 24 frames per second, that means a single is on the screen only 1/24 second. Most of us found it hard to believe that anyone, including Walt Disney, could spot a mistake that was visible for only 1/24 second!

We finally decided that the best way to find out whether Walt could perform this incredible feat was to test him. Thus we had a film editor cut one tiny frame in a strip of film and in its place cut in another frame — a picture of a woman, stark naked.

When the time of the screening arrived, we all sat nervously quiet in the sweatbox watching Walt. He stared at the screen as the film was shown, not saying a word.

All of a suddent Walt yelled, "Hold it!" The film projector stopped. Walt raised his hand. "Back the film up a few feet." Then, "Hold it!" And sure enough, right there on the screen was the single frame of the nakedest woman we'd ever seen.

Walt registered surprise. He asked what the hell a picture of a naked woman was doing in the middle of a Mickey Mouse cartoon. Since nobody could think of a more inventive answer, we just told Walt the truth — that we wanted to see if he could really spot a mistake on a single frame of running film.

Walt looked pleased. He had succeeded in catching the mistake, and he was proud of his keen eye. So instead of firing us all, Walt laughed off the incident by remarking, "If that gal had had any clothes on, I wouldn't have paid any attention to her."

We've also come across yet another version of this anecdote, one set at a birthday party thrown for Walt by studio employees, which allegedly included the showing of a film (drawn by a few animators) depicting various Disney characters in "intimate" activities. Walt supposedly laughed along with everyone else, calmly asked who had put together the film, and fired the parties responsible for it.

This appears to be another one of those anecdotes that plenty of former Disney employees have heard, told to them as a "true story" by other Disney employees, yet nobody seems to have been there when it happened, or to know anyone who was. (That former studio staffer Charles Shows recounted this tale in his book does little to establish its veracity: all throughout the book he presents first-person accounts of incidents he clearly did not witness, but only heard about from others.) It remains one of the many stories that can (for now) neither be proved nor definitively ruled out.

This anecdote sounds to us like the kind of tale about which one might say, "If it isn't true, it should be," because it's a legend that so neatly encapsulates several stereotypes associated with larger-than-life figure of Walt Disney:

How true are these stereotypes? Although Walt Disney certainly pioneered some technological advances in his films and theme parks, he achieved his tremendous success in the entertainment field not because he possessed preternatural abilities, but because he was a very good judge of what his audience wanted, he was a superb story-teller, and he was consistently willing to take risks to pursue his vision. He was, like most everyone, a product of his time and place (i.e., a turn-of-the-century midwestern farm boy), and his attitudes were formed accordingly — he allegedly was so offended by his employees' sexual frolicking at a weekend resort bash thrown to celebrate the completion of Snow White that he packed up and left early, yet he also reportedly had no qualms about discussing bodily functions in front of his staffers. And while those who worked for him noted that he could be petulant, irascible, and demanding at times, they noted that he could also be kind, generous, and patient.

In short, Walt Disney was pretty much an ordinary human being, despite what the legends (true or not) generated by his fame and success might suggest.