Is Walt Disney Replacing Ben Franklin on the $100 Bill?

According to a report, the bill change was happening "in celebration of the 100th anniversary of the inception of The Walt Disney Company." 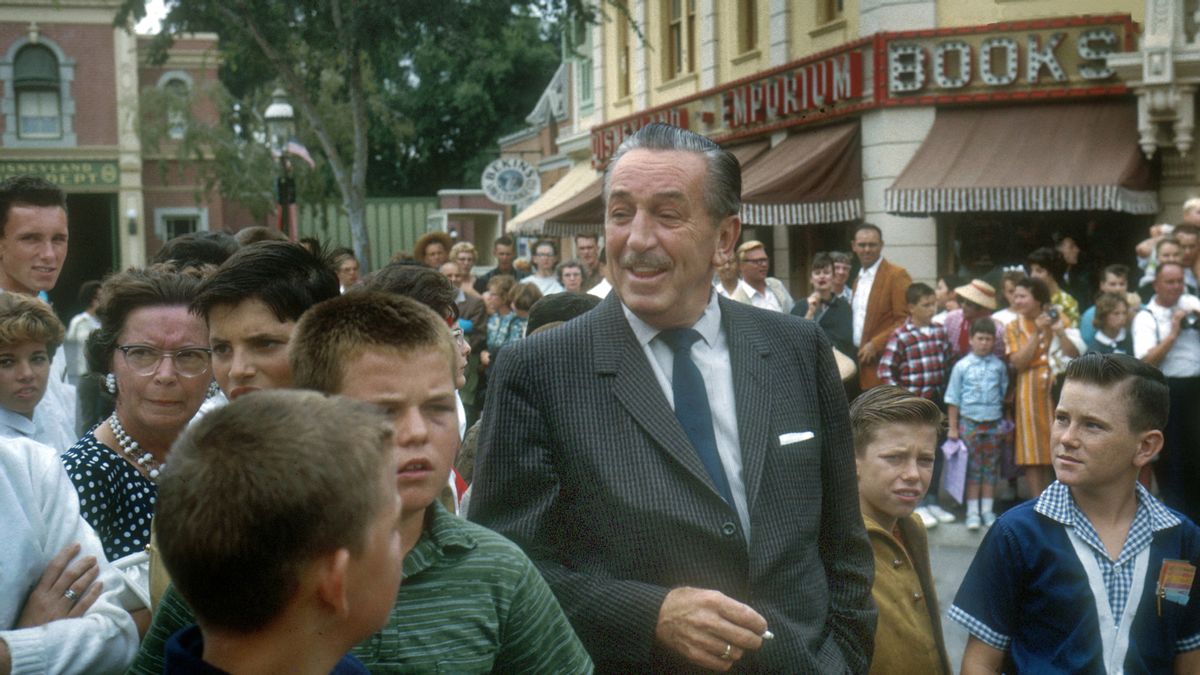 On Jan. 21, 2023, the Disney Dining fan blog published an article with the headline, "Walt Disney to Replace Benjamin Franklin on the $100 Bill: Report." Readers asked us by email if this was really happening, with Google users searching for the phrase, "Walt Disney 100 dollar bill."

However, this story cited reporting from Mouse Trap News, which is a website that publishes Disney-themed satire for fun. In other words, this rumor isn't true.

RELATED: Did Disney File a Patent for Roller Coaster that Jumps Tracks?

The story from Disney Dining began by saying that the change to the $100 bill was supposedly to commemorate the 100th anniversary of The Walt Disney Company, which was founded on Oct. 16, 1923.

The article began, "In celebration of the 100th anniversary of the inception of The Walt Disney Company, the image of Walter Elias Disney will reportedly be printed on U.S. currency through June 2024."

As previously mentioned, the blog linked to a story on the satirical website known as Mouse Trap News. That original article had been published months earlier on Oct. 20, 2022. The headline was, "Walt Disney Taking Over The $100 Bill In 2023."

The satirical story began as follows:

It is no surprise Walt Disney is being honored by having his face put on $100 bills. After all, he started one of the most successful companies in America, which continues to grow and thrive every year. As mentioned in The Carousel of Progress, Walt was as American as anyone could possibly be. He stood for everything America and progress and building towards a brighter future. The U.S. could not have picked a better person to be featured on the $100 bill.

On the Mouse Trap News website, the About page features a disclaimer that says "anything you read here is not true, real, or accurate, but it is fun":

Mouse Trap News is the world's best satire site. We write fake stories about Disney Parks stuff. From Disney Park announcements to Disney Hotel and resort news to made up Disney partnerships, you can be assured that anything you read here is not true, real, or accurate, but it is fun. So technically our slogan The Moused Trusted Name in Disney News isn't true, but we thought it was creative and funny, so we are running with it.

Mouse Trap News was created on a whim to have some fun and write stories about Disney we wish were true. Some Disney sites write deceptive stories for clicks. We write 100% made up stories for your enjoyment. We also hope that Disney sees how much people like some of our stories and decide to actually make one of our stories a reality!

While you read our articles, be sure to keep your hands, arms, feet, and legs inside the vehicle at all times and remember these are strictly fictional for your enjoyment. Please share any articles you enjoy reading with your Disney friends and on social media to help us grow and continue to put out fun articles

A TikTok video published by Mouse Trap News showed a picture of Walt Disney's image on a $100 bill, which may have fooled some readers into thinking it was really happening.

We previously published other fact checks about other satirical stories from Mouse Trap News. For example, one of the more popular stories that readers asked us about said that a man lost his hands while riding Space Mountain, and that from that point forward the lights would remain permanently on for the indoor roller coaster. The good news for Disney parks guests was that this was just another bit of fun satire.