The 25th Amendment is pretty clear on this front. 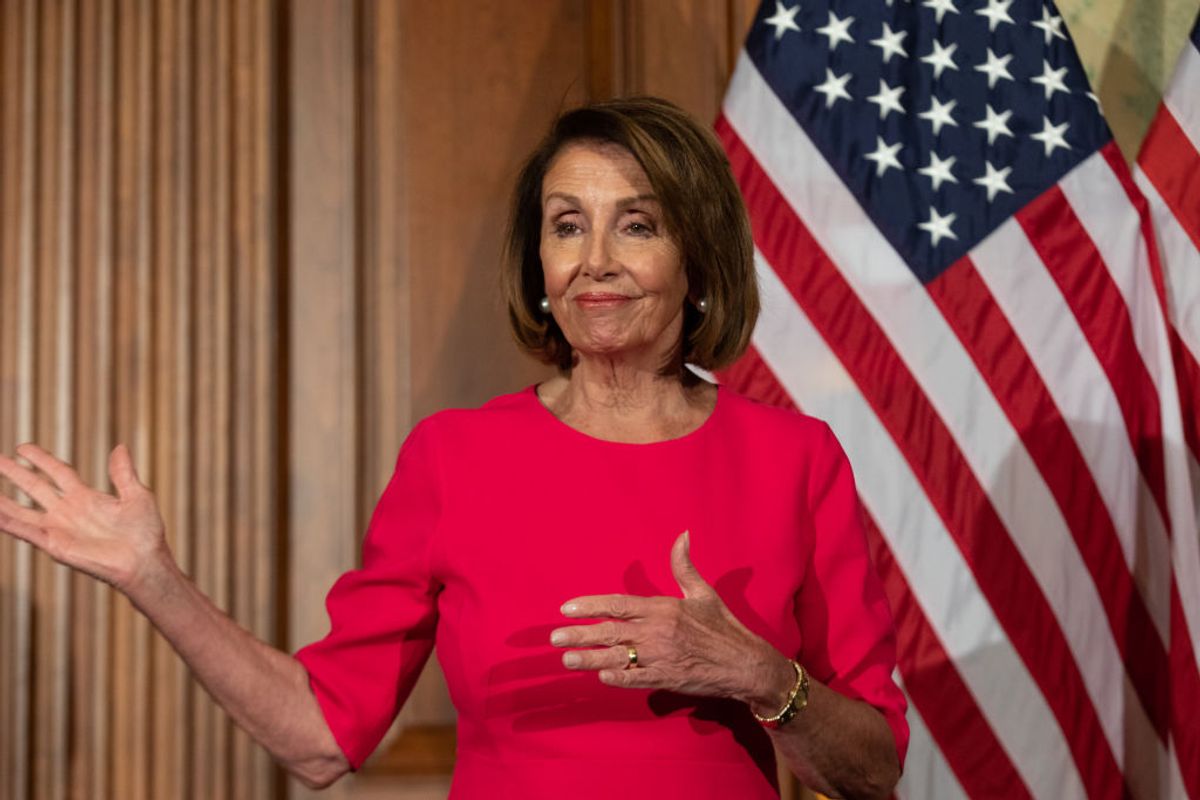 As the U.S. House impeachment inquiry of U.S. President Donald Trump dominated the news cycle in fall 2019, some readers asked us about the specifics of the presidential line of succession. Some have suggested that, as Vice President Mike Pence would be next in the presidential line of succession, House Speaker Nancy Pelosi, who is third in line, would take his role as the vice president. This is not, however, how the U.S. Constitution works.

Only the role of president is filled via the presidential line of succession — an ordered list of constitutionally mandated replacements to the presidency, should a vacancy develop. The 25th Amendment to the Constitution, ratified in 1967, stipulates that a new vice president is chosen by the new president, and that this person takes office following confirmation by both houses of Congress:

In case of the removal of the President from office or of his death or resignation, the Vice President shall become President.

Whenever there is a vacancy in the office of the Vice President, the President shall nominate a Vice President who shall take office upon confirmation by a majority vote of both Houses of Congress.

While the immediate and swift replacement of a president is a major national security imperative, the replacement of the vice president is a bit more of a relaxed process, and a vacancy in that office can persist for some time. In fact, 18 U.S. presidents have served some of their term without a vice president; the most recent example is Gerald Ford. Four presidents — John Tyler, Millard Fillmore, Andrew Johnson, and Chester A. Arthur — served their entire term without a vice president, as the 25th amendment did not yet exist to delineate how a veep vacancy was to be filled during those terms.