No, a woman didn't cause a New Year's Eve riot due to an unfortunate discharge during a series of "vodka butt shots." 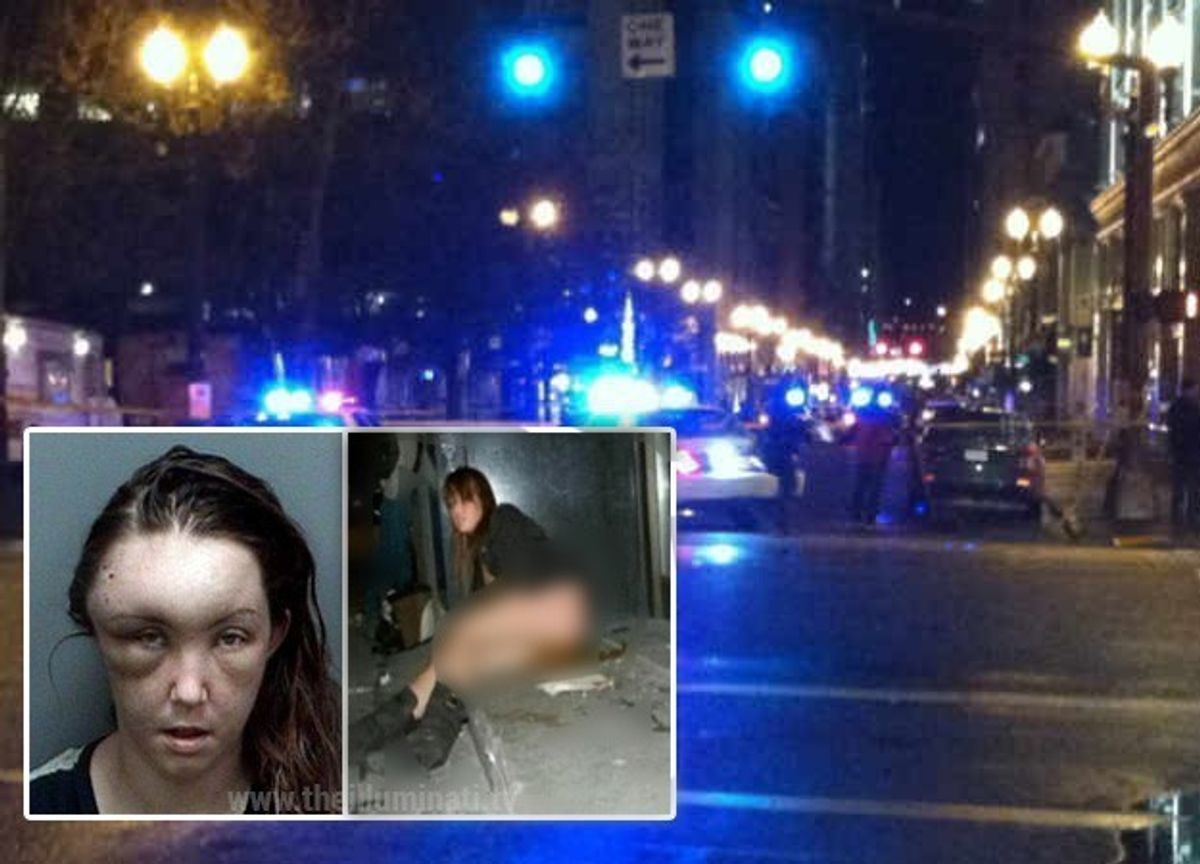 Claim:
A riot broke out after a woman accidentally defecated while administering "vodka butt shots" on New Year's Eve.
Rating:

In 2016, a number of Tweets and emails were sent our way:

I doubt this story is true but was wondering if you guys could find out? I'm seeing it go around Facebook like crazy.

On 27 December 2015, the web site Now8News published an article titled "Woman Gives 'Vodka Butt Shots' At Bar, Causing Riot After Diarrhea Explosion"; a more popular iteration was published on 4 January 2016 by the site But Thats [sic] None Of My Business (the latter included the "New Year's Eve" embellishment.) According to the original:

An evening of body shots and drunken adults turned into a violent riot over the weekend after several men lined up to receive ‘vodka butt shots’ from 28-year-old Brittany Sullivan. According to patrons at Timber Creek Bar in St. Louis, Missouri, it is not uncommon for women to crawl on the bar and offer body shots to men. However, it was the first time the shots had ever been delivered in this way.

“Yeah, this chick was real drunk. She went over to the corner with a funnel, a bottle of Kettle One and her girlfriend, poured the vodka in the back door and stuck a straw in there,” said Tim Wolfson who was at the bar that evening. “She let loose a good one and clear liquid flew out. So several of the drunk dudes in there went for it. But it was the last guy that got more than he bargained for. It was the most disgusting thing I had ever seen in my entire life. Especially the corn, when I saw that I lost it.”

The article's gross-out factor and party-gone-awry theme made it a social media sensation, and many readers weren't aware it originated with well-documented hoax purveyor Now8News. The mug shot used was of a woman arrested in 2011 for a DUI (not connected to any "vodka butt shots" riot.) Her identity was discoverable, but it appeared her record was since expunged.

In April 2015, the woman's unusual mug shot was swiped by a separate hoax news site for a different fabricated claim. The background image was stolen from an 27 March 2014 KPTV article about a stabbing in Portland, Oregon, and was similarly not related to the story.

Previous clickbaiting fabrications advanced by Now8News included claims a man had sex with a pig in the bathroom of a Walmart; aborted fetuses were used as an ingredient in Chicken McNuggets; Walmart bananas were infested with deadly parasitic worms; a woman engaged in a sex act with a breakfast sausage; a different woman was arrested after "trying on" feminine hygiene products at Walmart; a man fed his unfaithful fiancee's remains to her parents; a man was found cannibalizing a teen inside a haunted house attraction; a lottery winner died after gold plating his genitalia; and that a tube of cookie dough exploded inside a female shoplifter (also at Walmart).

Like Now8News, But Thats None Of My Business carried no disclaimer warning readers that its content consisted primarily or entirely of "satire" stories (the latter site didn't even bother to upload a photo to its own site, and hotlinked to a third fake news site's extant image). The existence of "vodka butt shots" itself was debatable; a Google search restricted to earlier in December 2015 returned few results relating to any such alcohol consumption practice.