Outside the world of satire, Russian president Vladimir Putin won't be among those performing at the 2017 Inaugural Day ceremonies. 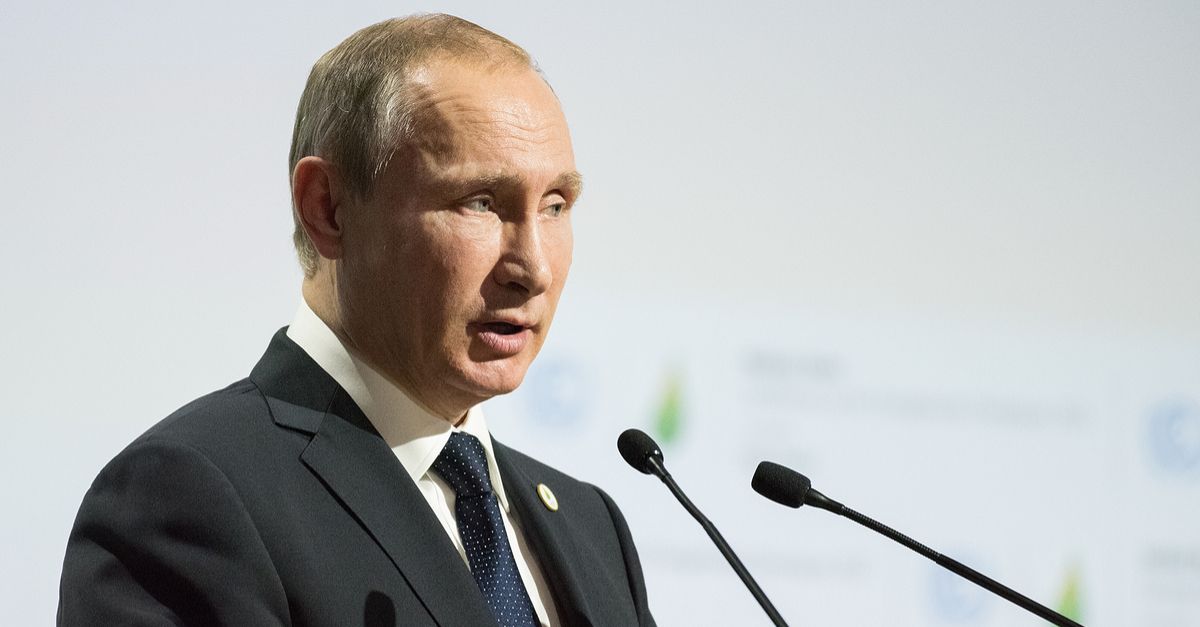 Claim:
Due to the difficulties President-Elect Donald Trump has had in lining up singers for his inauguration ceremony, Russian president Vladimir Putin has volunteered to sing “for my comrade”.
Rating:

It has been widely reported that President-elect Donald Trump has supposedly had difficulties lining up A-list talent to perform at his inauguration ceremonies in January 2017. Several high-profile singers have been announced as being part of the line-up, only to be retracted a day or two later.

The first of these was Elton John. On November 23, 2016, in an interview aired on BBC’s “Hardtalk”, Donald Trump’s transition team member Anthony Scaramucci said, “This'll be the first American president in U.S. history that enters the White House with a pro gay-rights stance. Elton John is going to be doing our concert on the Mall for the inauguration.” This announcement almost immediately followed by denials from Elton John’s New York representative: “Elton will not be performing.” And from John’s London representative: There is no truth to this at all.”

On 12 December 2016, the New York Post broke the news that well-known opera singer Andrea Bocelli had been confirmed as a performer for the inauguration. Two days later, while appearing on the Today show, the 16-year-old America’s Got Talent star Jackie Evancho confirmed that she and Bocelli would be singing a duet at the ceremonies. Bocelli fans declared that he was “signing a deal with the devil” and mounted a #BoycottBocelli hashtag campaign. A week after the original announcement, on December 19th , Bocelli withdrew from consideration due to the controversy. Although various news sources originally reported that Trump had called Bocelli (or met with him personally after a concert) to ask him to perform, Trump inaugural committee chairman Thomas J. Barrack, Jr., stated that it was the other around. In an interview with CNBC, Barrack explained that Bocelli and Trump are long-time friends, and it was Bocelli who offered to sing at the inauguration “if it was helpful.” Trump allegedly told Bocelli that it wasn’t necessary: “‘You don’t need to. We’re not in that kind of a framework. Thanks very much for the offer. You’re my friend. You are always welcome at the White House.”

Other names, such as Kid Rock, Kanye West, Ted Nugent, the Beach Boys, and Garth Brooks, have been floated as possible performers for the inauguration. However, as of this writing, the only performers who appear to be confirmed are Jackie Evancho, who will reportedly be singing the national anthem, the Mormon Tabernacle Choir, and the Radio City Rockettes.

Given these difficulties in obtaining top-name talent for the inauguration ceremonies, it is perhaps natural that the media would seize upon any report that a well-known individual might be performing. It also became a subject ripe for satire. Saturday Night Live’s opening skit on 17 December 2016 featured Trump’s publicist, KellyAnn Conway, giving Donald Trump a list of “all the people who have agreed to perform at your inauguration.” She hands Trump a small, folded piece of paper. Trump opens the note and nods his head, “So many great names. I love them both.” The SNL skit then showed a bare-chested Putin climbing down the chimney like Santa with an Elf on the Shelf toy (a thinly disguised listening device) as a present for Trump.

On 18 December 2016, the New Yorker’s satirical "Borowitz Report" piled on to the Trump-Putin connection, mixed it with Trump’s reported difficulties in finding big-name performers, and published a tongue-in- cheek article that Vladimir Putin had volunteered to sing for Trump’s inauguration. “In a brief statement from the Kremlin, Putin said, ‘I will be most delighted to perform for my comrade.’” Borowitz then added that because he had received criticism for his plans to sing the Russian National Anthem, Putin decided to perform a song more appropriate for Russian-American relations: Bette Midler’s “Wind Beneath My Wings.”

Other, more dubious news sources picked up on the "Borowitz Report" and re-ran the story, some appropriately labeling it as satire but others omitting that all-important detail. For example, the China Christian Daily simply repeated the “news” as if it were a legitimate story instead of satire.

Still others added their own twists to the jape. Instead of performing “Wind Beneath My Wings” in person, the National Report fake news site said, Putin would instead be singing “Blueberry Hill” via satellite. Putin is a busy man after all. National Report added: “’President Putin wishes he could attend the festivities in person,’ said the liaison, identified as Althea Thoonyev. ‘Logistics, prior commitments, matters of state, and security concerns necessitate performance via live video. Glasnost was the beginning of a new openness throughout Russia,’ said Thoonyev. ‘President Putin wishes to further bridge the perceived divide between our two nations using music — the universal language.’”

In reality, however, Putin will not be singing at Trump’s inauguration — in Russian, English, “the universal language,” or any other language.